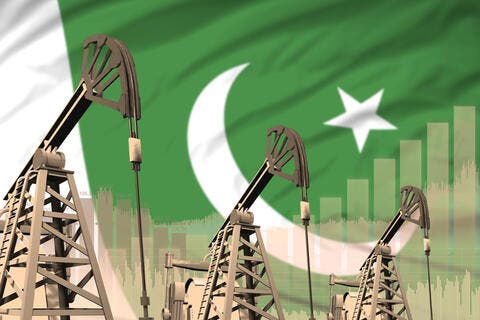 According to Topline Securities, total petroleum and lubricant sales fell by 26% to 1.44 million tonnes in July 2022, the lowest level since February 2021, reported Geo News.

Data revealed that high-speed diesel sales in the month of July were the lowest in the last 18 years while petrol sales recorded the lowest monthly sales in July over the last six years period.

The main reasons that contributed to the decline in sale of petroleum products consumption during the month include the sharp increase in hi-speed diesel and petrol prices, ongoing heavy spells of monsoon rains, high domestic inflation and a significant slowdown in economic activities, reported Geo News.

Oil sales were down close to 35% in the last two months. From 2.2 million tonnes in May to 1.4 million tonnes in July. "This [decline] will save billions of dollars, however, it will slow down the economy," Geo news reported quoting Topline Securities CEO Mohammad Sohail.

The Pakistan government on Sunday had increased diesel prices by Rs 8.95 per litre amid the fluctuations in petroleum prices in the international market and exchange rate variation. The price of Kerosene was similarly increased by Rs 4.62 per litre while that of light diesel oil (LDO) was reduced by Rs 0.12 per litre.

The country has however reduced the prices of petrol by Rs 3.05 per litre to be effective from Monday, Dawn reported. On July 14, Pakistan Prime Minister, Shehbaz Sharif announced a reduction in the prices of petrol and diesel by Rs 18.50 and Rs 40.54 per litre as crude oil rates in the international market fell sharply.

This was the first time the PMLN-led coalition government reduced petroleum prices after it came to power in the second week of April. Shehbaz said that the government had increased the prices of petrol after coming into power as it had no other option due to a crunch in foreign currency reserves and high prices in global markets.

Similarly, the ex-depot price of LDO went up to Rs 226.15 on July 1, up 80pc from Rs 125.56 per litre on May 26, up by about Rs100.59 per litre. The government claims to have raised the prices of utilities per the International Monetary Fund (IMF) deal. However, this is raising concerns over an economic default, and acute shortages of petroleum products, electricity, gas, and food items.

Earlier, Pakistan Finance Minister Miftah Ismail said that the staff-level agreement with the IMF was expected to take place in mid-June of this year. It also indicates that the agreement is expected to be made only after the announcement of the next budget, in line with the IMF programme's objective.