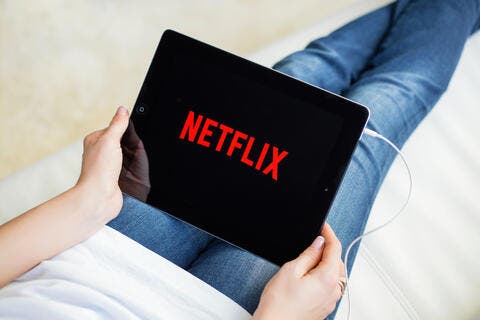 The streaming giant's co-CEO Ted Sarandos said during an earnings call this week that the new ad tier won't have access to Netflix's entire content library.

Netflix lost over 1 million subscribers, despite the success of shows like Stranger Things. pic.twitter.com/fLcTBQMlJ2

Sarandos was speaking following the announcement that Netflix had lost 970,000 subscribers in the second quarter of this year. This is almost five times the amount lost in the first three months of the year, and a massive drop from the 8.3 million new subscribers added in Q4 2021.

'Today, the vast majority of what people watch on Netflix, we can include in the ad-supported tier,' Sarandos said.

'There are some things that don’t – that we’re in conversation about with the studios on – but if we launched the product today, the members in the ad tier would have a great experience.

'We will clear some additional content, but certainly not all of it, but we don't think it’s a material holdback to the business.'

BBC-produced content could be excluded from the tier, because the BBC isn’t allowed to have ads supporting its programmes due to the licence fee.

John McVay, chief executive of Pact, the UK producer trade body, told the Times that some shows Netflix made in collaboration with the BBC – such as The Serpent and Dracula – could be blocked from the new ad-supported tier.

'If it's a BBC original production, BBC licence funding can’t be supported with advertising,' McVay said.

A BBC spokesperson told MailOnline that it's 'too early' to comment or confirm.

The Californian streaming giant is planning to launch the new ad-supported tier around the early part of 2023, starting with 'the handful of markets where advertising spend is significant' – possibly the US and UK.

The new tier will be cheaper than the other existing tiers – Basic, Standard and Premium – but it won't be free, meaning customers will have to endure ads on top of paying a monthly subscription price.

It is hoped that a cheaper tier could help entice users who are on a budget, and in turn help Netflix reverse the recent fall in subscriber numbers.

My read of the Netflix change is that it will become like the rest of the Internet, festooned with ads. I'm sure they are working on that Pfizer account now.

Jesse Cohen, a senior analyst at Investing.com, predicts the new ad-supported tier will be a success for Netflix, and will attract younger users.

'The launch of Netflix’s lower-cost, ad-supported version of the service is expected to be the much-needed growth catalyst the streaming giant has been missing in recent years,' Cohen told MailOnline.

'We expect advertisers seeking the chance to reach younger viewers who have abandoned traditional television will likely allocate a greater part of their marketing budget to advertise on Netflix in the future.'

Mike Proulx, VP and research director at Forrester, said the new tier will 'provide cost relief to its ad-tolerant users who are feeling the price pinch' and attract new, price-conscious users who have been reluctant to pay a premium price. 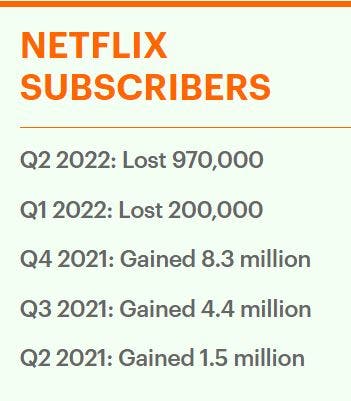 'Beyond additional subscriptions, ads will also provide an upside to Netflix in the form of a new revenue stream from brands that are eager to reach the platform’s addressable audience,' Proulx told MailOnline.

Netflix's streaming rival Disney+ is also introducing an ad-supported subscription tier, likely later this year, although similarly the price is not yet known.

Disney+ has a bevvy of hugely-popular and extensive content libraries, including Star Wars, Marvel and Disney films, as well as The Simpsons and some exclusive series, including the eight-hour-long Beatles documentary.

Also during the earnings call this week, Netflix CEO Reed Hastings said traditional television will 'definitely' be gone in 'five to 10 years'.

If Hastings' prediction is correct, the BBC and ITV will exist as on-demand streaming platforms, but not as TV channels, as soon as 2032.

'Looking forward, streaming is working everywhere,' Hastings said during the call. 'Everyone is pouring in. It's definitely the end of linear TV over the next 5-10 years.'

Hastings also said on Tuesday that Netflix is 'set up very well for the next year' and that the core drivers of the business are 'continuing to improve'.

Netflix had expected to lose 2 million subscribers for the second quarter, so Tuesday's results were nowhere near as bad as it had feared.

Hastings pointed to the smash hit Stranger Things as being responsible for keeping hold of subscribers during the quarter.

The fourth season of the sci-fi show – which is produced exclusively for Netflix – started airing at the end of May.