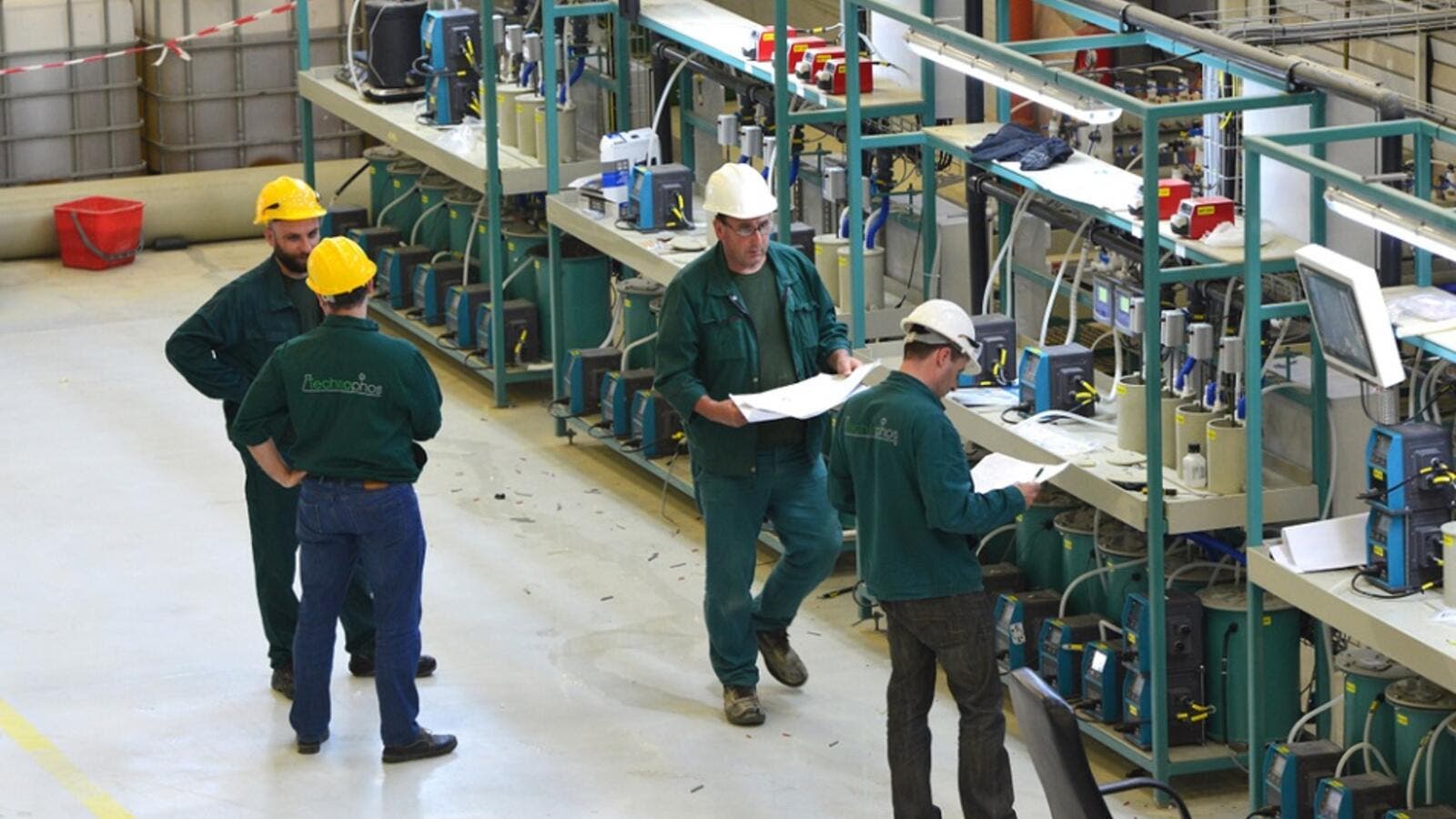 The third phosphate project, which will total about $6.4 billion will make Saudi Arabia the second world’s largest producer of phosphate. (Shutterstock)
Highlights
In just 10 years, the company jumped from the 128th to the 11th rank among the largest mining companies worldwide

The Saudi Arabian Mining Company (Maaden) manages the entire mining sector in the country from gold to phosphate and is one of the world’s largest companies in the sector.

The company has hugely expanded over the past years. It has announced a series of projects and plans, most notably doubling local exploration, external expansion, increased investment and development of existing local projects, in addition to mine development and further gold production.

In an interview with Asharq Al-Awsat, Darren Davis, Maaden president and CEO, talked about the company’s projects during the coming period and the most important goals and aspirations.

“By 2025, Saudi Arabia will be the world’s second-largest producer of phosphate and a key player in stabilizing the world’s food security system,” he stated.

Asked how mineral resources could contribute to the development of the Saudi economy, Davis noted that minerals were an essential contributor to the global economic system.

“They provide raw materials for many of the vital needs of our daily life. These basic minerals include phosphate and potassium, which are essential components of fertilizers that contribute to agricultural activities around the world, as well as aluminum that is used in many industries, from automotive to aircraft,” he emphasized.

He noted that Maaden was aware of the importance of the mining industry in promoting industrial economies and in building the future of Saudi Arabia.

Through its various projects, Maaden has supported local communities with more than $266 million (about SR1 billion) dedicated to local suppliers and service providers, according to Davis. It also contributed to community development such as the Arar and Tarif Schools of Excellence and the first Saudi Mining Institute of its kind in the Middle East that trains a new generation of Saudi technicians qualified to work in the modern mining industry.

As for the level of cooperation between the public and private sectors, Davis noted that thanks to the Kingdom’s encouraging investment environment - one of the hallmarks of close collaboration between the public and private sectors - Maaden has grown at an unprecedented pace in less than 10 years to become one of the world’s largest mining companies.

With regards to environmental challenges, Maaden CEO stressed that the company was fully aware of the potential impacts of its operations on the health and safety of its employees, its community and the surrounding environment.

He noted that Maaden had a firm and clear role to protect the environment, adding that all its activities for mining and industry were in line with the highest international environmental standards.

Maaden has several promising new projects, according to Davis, both inside and outside Saudi Arabia. The third phosphate project, which will total about $6.4 billion (24 billion riyals) until 2025, will make Saudi Arabia the second world’s largest producer of phosphate and a key player in the stability of the global food security system, Davis told Asharq Al-Awsat.