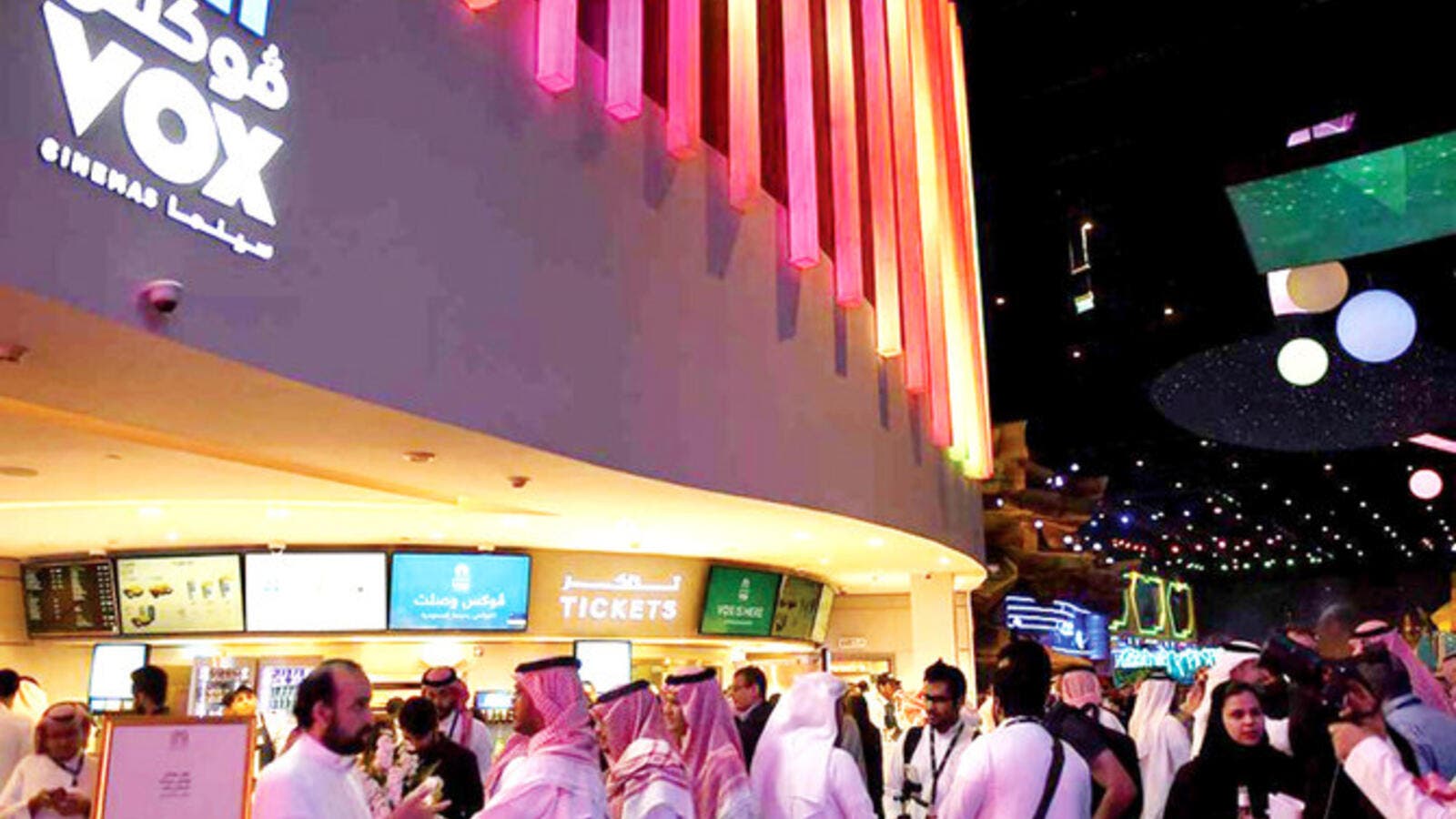 Saudi cinemas were in third place for ticket sales in the Middle East in the second quarter of 2019. (AN)
Highlights
Seven movie theaters have been opened in three major cities to date
The excitement of the reopening of cinemas in the Kingdom has been casting a spell over the people of all ages, making the cinema industry an extremely popular field to invest in.

The General Commission for Audiovisual Media (GCAM) has called on investors wishing to establish or operate cinemas in small- and medium-sized cities to communicate with the commission to facilitate their procedures and to help them obtain operating licenses, the Saudi Press Agency reported on Saturday.

The call came as figures showed that Saudi cinemas were in third place for ticket sales in the Middle East in the second quarter of 2019.

Seven movie theaters have been opened in three major cities to date, and 27 theaters will be opened in seven cities by the end of 2019.

• IMAX Red Sea Mall opened in the first quarter of 2019, and is ranked the 5th worldwide in highest gross box office.

• IMAX Riyadh Park also opened in the first quarter of 2019 and is ranked 3rd worldwide in highest gross box office.

The GCAM has dedicated the following email address to respond to inquiries from interested investors: cinema@gcam.gov.sa

The investment opportunity is a good call for entertainment in secondary cities, said Shaheen Mohammed, head of operations at Lulu Hypermarkets in the Kingdom.

“If you look at our footprint in Saudi Arabia, you can see our major expansion in secondary cities in Saudi Arabia. We are in Tabuk, Hail, Al-Ahsa, Jubail and we are going to be in Taif. We have already got into an agreement since the announcement to do a cinema in Al-Ahsa,” he said.

“In all the cities where we are present, we are planning to allocate an area for cinemas to open. They are already a destination for people to shop in these secondary cities, the attribute is already made, it will be very easy for the cinemas to open.

• 1m tickets sold in one year.

“This is a very good move from the Kingdom’s entertainment authorities, given the fact that there is a lack of entertainment options in secondary cities, other than the small kids’ entertainment which has existed for a long time. This will take the entertainment dimension to a new level in a way that the whole family can go and enjoy the cinema.

“In secondary cities, people tend to go out of the country, they go to Dubai or Bahrain. A lot of the spending that has been made in places like Dubai will be diverted to the secondary cities, which will be a very good sign for local retailers as well.”

Mohammed said: “We have three pieces of land in Yanbu — for the hypermarket, entertainment and cinema. These have been signed and we are waiting for the cinema operator to come and join hands with us ...”

According to a study by PwC Middle East, a global advisory firm, the Kingdom’s cinema industry — which will serve a population of more than 32 million, the majority of whom are under the age of 30 — is expected to generate $1.5 billion in annual revenue by 2030.