India has initiated talks with Saudi Arabia for rupee-riyal trade even as the oil-rich West Asian nation is committed to investing $100 billion in India, and cooperate in joint projects such as a west coast refinery, liquefied natural gas infrastructure, and strategic petroleum storage facilities, an official said. 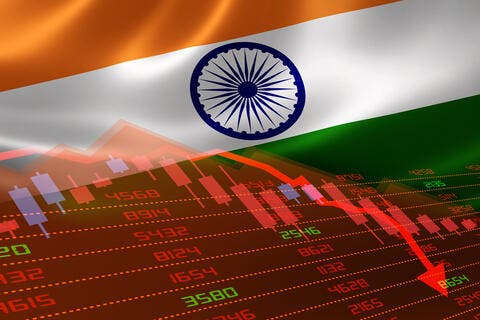 After the Reserve Bank of India in July permitted international trade settlements in rupee, many countries, including Russia and Iran, are exploring options to trade in local currencies, the official aware of the development said, requesting anonymity. "RBI has opened up one more payment option for international trade settlement, which is possible bilaterally," he said. Commerce Minister Piyush Goyal, who held meetings with key officials of Saudi Arabia during his two-day visit to the kingdom on September 18-19, discussed bilateral trade and investment related issues, the official said. The two partners are also keen to cooperate in the fields of both conventional and green energy, he said.

Saudi Arabia is a reliable energy supplier for India, which imports 85% of its crude oil and 54% of natural gas requirements and pays in US dollars. "These meetings are important for India's energy security," the official said. Goyal held meetings on "diversification and expansion of trade and commerce, removal of trade barriers, including the outstanding issues related to sanitary and phytosanitary measures and trade remedies, automatic registration and marketing authorization of Indian pharma products in Saudi Arabia, feasibility of institutionalising Rupee-Riyal trade, introduction of UPI and Rupay cards in Saudi Arabia," the commerce ministry said in a statement. In a series of tweets, Goyal said he had positive meetings with top Saudi ministers. "Met HRH Prince Abdulaziz bin Salman Al Saud, Minister of Energy, Saudi Arabia. Discussed how energy security with climate change sensitivity can deliver economic growth & prosperity. Deliberated on stronger partnership in renewable energy between our two countries," he said in a tweet on Monday.

He was in Saudi Arabia to attend the ministerial meeting of the India-Saudi Arabia Strategic Partnership Council. 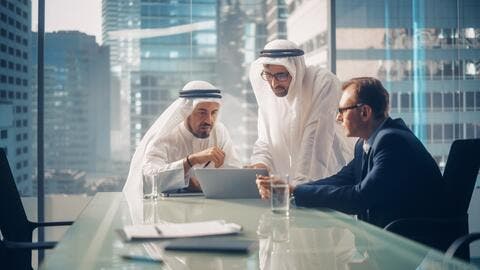 The ties between the two country's have been strengthened since 2019, when Prime Minister Narendra Modi visited Saudi Arabia, the official said, adding that the visit started Saudi Aramco's plan to participate in a major refinery cum petrochemical project on India's west coast. The October 2019 visit was Modi's second to the kingdom in three years. The first visit was in April 2016. During his second visit, a number of memoranda of understanding were signed in areas such as energy, civil aviation, defence and the launch of RuPAY cards.Goyal and Saudi energy minister also co-chaired the ministerial meeting of the Committee on Economy and Investments of the India-Saudi Arabia Strategic Partnership Council. It has two main pillars - the political, security, social and cultural committee, and the committee on economy and investments. Some of the major outcomes of the ministerial meeting were streamlining efforts to realise the investments worth $100 billion in India as committed in 2019, endorsement of the 41 areas of cooperation identified by the technical teams under the four broad domains (agriculture and food security; energy; technology and IT; and industry and infrastructure), agreement to undertake implementation of the priority projects (digital fintech sector) in a time bound manner and reaffirmation of continued cooperation in energy projects, the ministry statement said.

8 Best Brands That Are Killing It on TikTok

Caught! Man Smuggles 1 kg of Gold Inside His Stomach