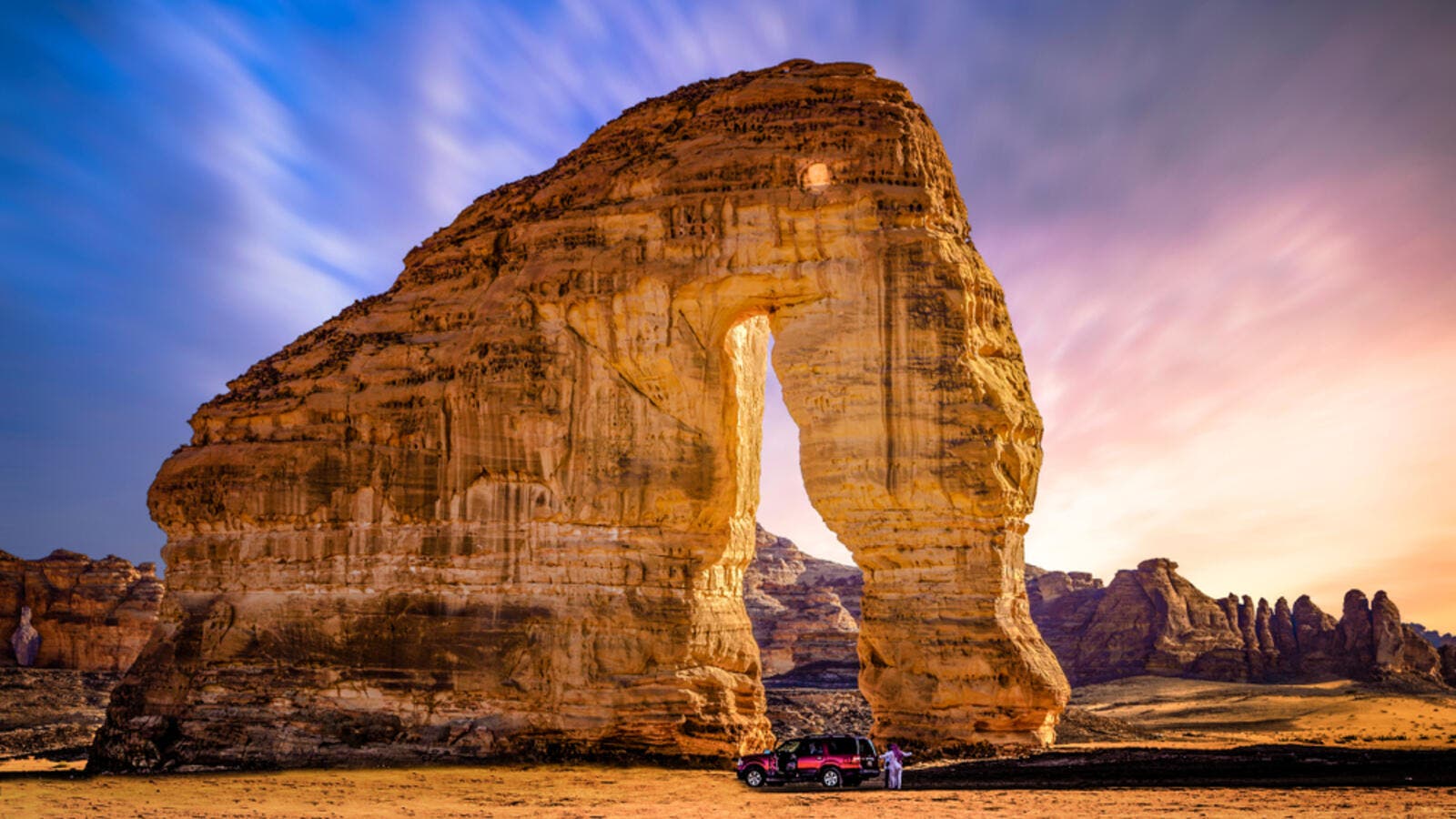 The kingdom is working to achieve the Saudi Vision 2030 goal of welcoming 100 million international and domestic overnight visits a year. (Shutterstock)

Saudi Arabia is making significant gains in inbound and domestic travel that complements the already lucrative outbound travel segment,  to emerge as one of the world’s fastest growing and leading tourism destinations.

In line with these significant developments, a new report commissioned by Seera Group, the region’s leading provider of travel and tourism services, decodes the opportunities for travel from, to and within the kingdom.

Prepared by SkiftX, the in-house content marketing studio of Skift, the largest intelligence platform providing media, insights and marketing for key sectors in the travel sector, the report was unveiled on the sidelines of the World Travel Market 2019 in London.

How Kingdom is working to meet goal?

Among the highlights, the report provides insights on how the kingdom is working to achieve the Saudi Vision 2030 goal of welcoming 100 million international and domestic overnight visits a year and increasing tourism’s contribution to the GDP by 10%. It underlines that the ongoing transformation of the sector will translate to more socio-economic progress including the creation of new jobs for Saudi nationals and the growth of a vibrant Saudi SME value chain.

Abdullah Al-Dawood, board member and group CEO of Seera Group, said: “Saudi Arabia is well-positioned to be one of the world’s leading tourism destinations. This is reflected in the findings of our first-of-its-kind report, which presents compelling insights on how the kingdom’s tourism landscape is currently evolving. We are confident that it will help strengthen awareness, partnerships and inward investments in the kingdom’s tourism sector. Having announced an investment of over SR1 billion to cover tourism promotion, distribution, infrastructure and Saudi human capital development, we, at Seera Group, are challenging ourselves to drive the transformational growth of Saudi Arabia’s travel and tourism sector.”

How will the new steps help?

The report describes that opening Saudi Arabia to tourism and introducing simplified visa processes, including e-visas and visa on arrival for citizens of 49 nations, is a key driver of inbound tourism. The strategy by Saudi Commission for Tourism and Heritage to entice first-time visitors to ‘discover Saudi’ from 2019 to 2022 and its subsequent extension to ‘experience Saudi’ will contribute to significant gains for the industry, it said.

This will be supported by the ambitious undertakings such as the Red Sea Project that taps the undiscovered natural beauty of the kingdom to attract luxury travellers as well as projects such as NEOM, the megacity; Seven, building entertainment centres nationwide; and Amaala, a wellness focused resort, among others, which will serve as magnets for visitors from around the world. The roll out of Saudi Seasons and events such as the Winter at Tantora festival are other key initiatives that will promote the tourism and travel sector’s dynamic growth, it added.

Hajj & Umrah tourism is also poised for growth, especially with visitors now being able to complete Umrah pilgrim trips any time during the year and not needing specialised Umrah visas anymore. The report states that Hajj and Umrah travellers are the primary inbound segment to Saudi Arabia and their numbers have been growing year-on-year. Research by Mawasim, Seera Group’s Hajj and Umrah focused brand, which offers religious tour packages to tour operators in key source markets, shows that the most popular request from Hajj and Umrah travellers is for accommodations near the Haram Mosque. Mawasim also found that after completing their pilgrimage, many travellers wanted to stay in Jeddah and explore the city.

What are the key trends?

Among key trends identified by the report are insights on Saudi outbound traveller behaviour. Typically, there are four segments of Saudi leisure travellers – Family travellers, Take-it-easy travellers, Grown-up explorers and Honeymooners. According to research by Seera Group’s flagship consumer travel brand, Almosafer, Saudi Arabians like to take at least one trip every year as family, if not more.

Take-it-easy travellers are younger and they typically look for a place where they can go to relax and be comfortable, with beach resorts being very popular. Grown-up explorers are young too but look for adventure, an experience they never had before or something unique. Honeymooners seek security and comfort and want to be assured that everything about the journey is taken care of and arranged before they arrive. Further, the report observes that with women now being allowed to travel without being accompanied by a male relative, women travelling in groups or individually are also expected to increase in numbers.

In booking trends, the report cites research by Seera Group which states that men make most of the travel bookings, but actual decisions were made by women.

What inspires travel for Saudis?

On their inspiration for travel, Saudis rely on three sources: Friends & family, social media and popular culture. Seera Group also identified that when choosing to travel to a place for the first time or when not recommended by a family or friend, Saudi Arabians look for online reviews by other Saudis. The younger generation increasingly look up to social media influencers and YouTube vloggers. Among the most popular sources of travel information are: friends & family (44%), vloggers and bloggers (16%), travel providers on social media (25%) and travel websites (39%).

In other key trends, on average, Saudi travellers book their international trip 26 days in advance, and from January to August 2019, Seera Group observed that 77% of international bookings were made between 0 to 25 days.

When it comes to overarching travel spend habits, Seera Group’s data, from January to August 2019, reveals that over 80% of Saudi Arabians prefer to travel via full-service airline carriers and 86% book four or five-star properties for their international travels with an average spend of over $180 per night. The group’s data also reveals that over 45% of international travellers take trips of nine days or more. In terms of domestic travel, 79% Saudi Arabians book four or five-star hotels and 41% take trips of three days or more, with bookings made nine days in advance, during January to August 2019.

According to reports from Elaa, Seera Group’s corporate and government travel unit, the number of business travel transactions between January and August grew by 38% to over 1.1 million with nearly 90% of the travel volume accounted for by government-related travel. Most business travellers travel domestically (72.73%) with 3.5% travelling to Africa. Outside of the GCC region, Egypt, India and Sudan are the most popular business travel destinations.

Seera Group has also launched ‘Discover Saudi’, a SR500 million investment, to develop necessary assets such as desert camps, city bus tours, unique guided tours and other tourism experiences. It is part of the Group’s overall strategy for tourism development in addition to building the mid-market hospitality sector and developing Saudi human capital by training Saudi youth for careers in the tourism industry.

Saudi Arabia: Over 47,000 Tourist Visas Issued in One Month