Sharenting: Is It the New Child Abuse?

Published July 26th, 2021 - 06:00 GMT
By putting the lives of children on display for millions of people to view, not only are we violating their privacy but we are also neglecting the mental, emotional and physical harm that social media exposure might entail. (Shutterstock)

The influencer marketing industry is gaining momentum by the minute. It is reported that at the end of 2019, the industry was worth about $8B a year, and the number of influencers worldwide is increasing continuously. However, what is becoming more prevalent in the world of influencers is sharenting; influencers using their own kids as their new content on social media.

Some might argue that this is a harmless act and these influencers are just sharing parts of their daily lives with their followers. While others label this phenomena as the new form of child abuse. Today, we will put the latter opinion under the microscope and discuss its different angles.

By putting the lives of children on display for millions of people to view, some might argue that such acts not only violate the children's privacy but also neglect the mental, emotional and physical harm that social media exposure might entail. However, despite the fact that many people are aware of the harms that come with exposing children to social media and subjecting them to potential bullying and trolling, many influencers still do it. Resulting in what is now known as sharenting.

In her book, Sharenthood, Leah A. Plunkett, talks about sharenting, how some parents are using their private lives and kids as a way to make more money, and the effect it has on kids.

It is true that sharenting is now becoming more popular, but that does not mean it's new. If you know the “David After Dentist” meme, then you know what I am talking about. David DeVore uploaded a video of his son to YouTube back in 2009 and while his intentions were to just share it with family and friends, the video soon went viral and David Jr and his family were invited to different shows across the US. While a lot of fame and advantages came with it, David Sr. received quite some backlash and was even called a child abuser.

However, back in 2009, social media still did not have that much of a hold over people and the harmful impact of social media was not as evident as it is now. And that is exactly what separates a one time video that was shot for fun and accidently went viral from influencers who keep on sharing pictures of their children to up their follower count or gain some extra cash. If we take a look at social media posts, we can notice that the number of influencers who keep on sharing social media posts about their children is on the rise. For instance, UK’s Love Island star, Jess Shears was at the receiving end of some backlash for posting a picture of her newborn on social media to praise placenta pills.

Mother of five and blogger, Kate Bower, was also heavily criticized after posting an Instagram picture about the fact that one of her kids is not receiving as much Instagram likes as the others. While Kate did speak up and say that her intentions were misunderstood, this serves as a great example of how social media can be manipulative for adults. So imagine how harmful it can be for kids? There is a chance that this kid grows up, sees the controversy his post gained and thinks that no one likes him.

Here we have the #1 reason why your kids should never be your personal brand. https://t.co/maatLI4XFf

This is not to say that these two examples are explicitly trying to take advantage of their kids, however, this serves as a way to highlight a small portion of how sharing content of your kids to enhance your image and personal brand can be detrimental. 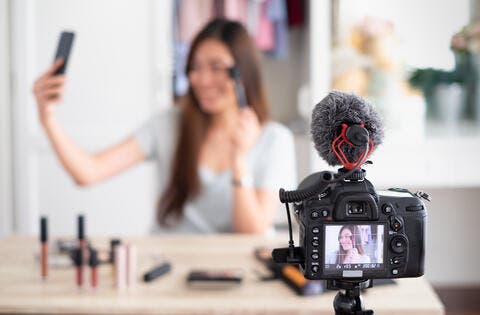 “Millennials are having kids now. They care about design. They aren't just satisfied with the Fisher Price plastic, multi-colored offering. They want to make sure that the things the kids are wearing and sitting in and sleeping in are good quality. On top of which, in the world of Instagram and social media, your kids are now part of your personal brand. The look of something is increasingly important. It's not just about function; it's about how it looks with the rest of your life.” - Sylvana Ward Durrett, Co-founder of Maisonette

It is true that many influencers might be sharing pictures of their kids without having the intention of increasing their follower base or gaining more fame, however, it still does not change the fact that it is on the parent to make right conscious choices for their kids. It is still the parents’ responsibility to protect their children from the horrific dark side of social media and the internet. Therefore, it is imperative for parents, regardless of whether they are influencers or not, to take a real look at how they are exposing their kids to social media. Because such exposure can potentially entail significant impact on a child’s mental, physical and emotional wellbeing.

Disclaimer: The views/opinions expressed in this article are those of the author and do not necessarily reflect the views and opinions of Al Bawaba Business or its affiliates.