Published April 21st, 2021 - 06:00 GMT
In response to her letter, the China-based social media networks Israeli branch announced that it has removed a number of videos featuring attacks on religious Jews. (Shutterstock)
Highlights
The TikTok social media network has removed a number of videos showing Arabs attacking or harassing religious Jews in Israel.

The TikTok social media network has removed a number of videos showing Arabs attacking or harassing religious Jews in Israel.

The videos are part of a growing phenomenon in Israel in which young Arabs film themselves harassing, taunting, mocking, or even assaulting Jews, then upload the footage to TikTok, encouraging copycat attacks.

Religious Jews, haredim in particular, have been frequent targets of these attacks. Over the past week, a Jewish youth was attacked at the entrance to the Old City of Jerusalem by an Arab assailant who threw scalding hot coffee on him, with the footage spread via TikTok.

In a separate incident, a video went viral showing another Arab assailant slapping a young haredi man on the Jerusalem light rail train.

Overnight, a gang of young Arabs attacked a haredi youth as he rode his bike between the Old City of Jerusalem and city hall.

Diaspora Affairs Minister Omer Yankelvich called on TikTok to combat the phenomenon by removing such content from the network.

"Recently the number of videos on TikTok featuring footage of clearly violent behavior by Muslims against Jews who are visibly haredi has multiplied," Yankelvich wrote. 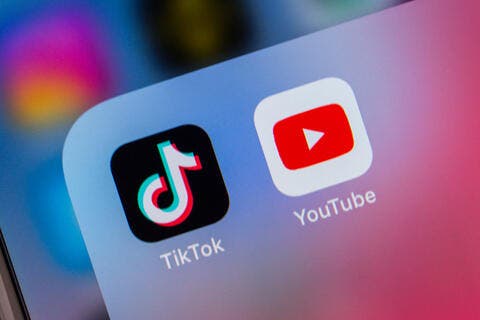 "The violence ranges from slaps on the train, threats in eastern Jerusalem and pushing and shoving, and recently even stone-throwing. The images are horrifying and are reminiscent of the chilling times in Jewish history."

"Along with the criminal enforcement efforts, it is important to make it clear that the spread of these videos is a source of inspiration for additional terrorists who want to "get likes" by harming more Jews."

In response to her letter, the China-based social media networks Israeli branch announced that it has removed a number of videos featuring attacks on religious Jews.

TikTok Israel"s chief, Assaf Sagi, said the company "harshly condemns the publishing of hateful or violent material of any kind on the TikTok platform."

"We are working constantly to remove offensive content and even to prevent it from being uploaded to our platform, and we are taking steps to remove the videos and permanently block the accounts in question."