According to Forbes' billionaires list, India now has a record high number of billionaires, and the 10 richest billionaires in India are worth a third more than they were a year ago. 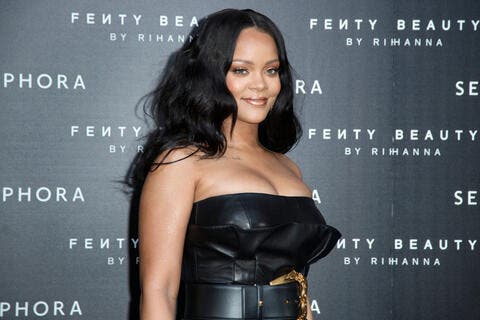 This year, the total number of Indian billionaires rose to 166 from 140 last year, and their combined wealth grew about 26% to $750 billion.

With a net worth of $90.7 billion, the Indian tycoon, Mukesh Ambani, ranks first in this list. Ambani chairs and runs the empire Reliance Industries, which has interests in petrochemicals, oil and gas, telecom and retail. During the Covid-19 lockdown, Ambani managed to raise more than $20 billion by selling a third of Jio to a string of investors, such as Meta and Google.

In the second place comes the infrastructure tycoon, Gautam Adani. Adani controls Mundra Port, India's largest, in his home state of Gujarat. The Indian billionaire owns Abbot Point, a controversial coal mining project in Australia, whose Carmichael coal mine is billed as one of the world's largest. In 2020, Adani acquired a 74% stake in Mumbai International Airport, India's second-busiest.

The Indian IT pioneer Shiv Nadar who cofounded HCL in a garage in 1976 to make calculators and microprocessors ranks third on this list. Today, his HCL Technologies is among India's largest software services providers. Nadar has donated $662 million to his Shiv Nadar Foundation, which backs education-related causes.

Veteran Mumbai investor Radhakishan Damani ranks fifth in this list. Today, Damani became India's retail king after the March 2017 IPO of his supermarket chain Avenue Supermarts. Damani got into retailing in 2002 with one store in suburban Mumbai, and today his company has 271 DMart stores across India. Damani's property portfolio includes the 156-room Radisson Blu Resort in Alibag, a popular beachfront getaway close to Mumbai.

The fourth generation head of the storied Aditya Birla Group, Kumar Birla ranks eighth on this list. Birla inherited the family empire at age 28 when his father Aditya Birla died in 1995. In August 2021, Birla stepped down as chairman of debt-strapped telecom firm Vodafone Idea, formed by the 2018 merger between his Idea Cellular and Vodafone India.

The ninth billionaire on this list is Dilip Shanghvi. Shanghvi borrowed $200 from his father to start Sun Pharmaceutical Industries in 1983 to make psychiatric drugs. Today, the company is India's most valuable listed pharma outfit and gets two-thirds of its $4.5 billion annual revenue from overseas markets.

The last billionaire on this list is Uday Kotak. Kotak started a finance firm in 1985 then went on convert it into a bank in 2003. Today, Kotak's Kotak Mahindra Bank is now among India's top four banks in the private sector, boosted by its 2014 acquisition of ING Bank's Indian operations. In June 2020, Kotak sold some shares to reduce his stake in the bank as mandated by the Reserve Bank of India.