What are football fan tokens?

Fan tokens are digital assets that allow fans to interact with and influence the decisions made by their favorite club. Furthermore, they provide previously unavailable sponsorship opportunities for national teams and sports teams. 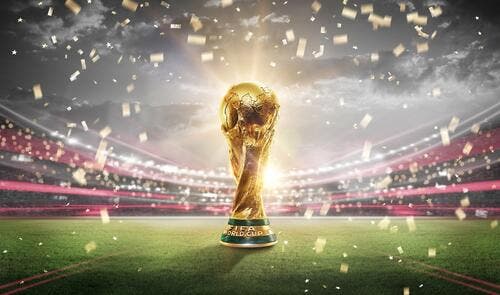 Holders of fan tokens gain access to rewards and benefits, as well as the chance to win prizes such as signed club merchandise. Fans from all over the world make investments in their favorite teams to show their support. While fan tokens are still in their early stages, they are quickly becoming the future of the sports economy. Here's a rundown of the top fan tokens to keep an eye on during the FIFA World Cup!

Top 5 fan tokens to watch during the FIFA World Cup

The SNFT is widely regarded as the best performer in the sports token market. It increased by 170%, or $0.54, on November 19th, the first time this has happened. It was $0.20 nine days ago. The increased likelihood of Spain winning the World Cup has had a ripple effect on the fan crypto token, causing SNFTs to outperform all other fan crypto tokens. According to Vegas Confidential, Spain's chances of winning the World Cup are +800, which means a $100 wager would return nearly $800.

The Brazil National Football Team Fan Token is currently the second-most popular fan token in the cryptocurrency industry (BFT). Its value has increased 130% in nine days, from $0.45 on November 10 to more than $1 on November 19.

Since around November 19, BFT has been anticipating a break above its current breakpoint of $1.05 in order to move closer to its near-term bullish target of $1.16. If Brazil wins the World Cup on December 18, there could be a prolonged surge, resulting in a price of $1.31, a 25% increase from the current level.

The most popular fan token in 2022 is the Portugal National Team Fan Token (POR/USDT). Because of the massive increase in trading volume, they have risen to the top of the fan token favorites list. This is Portugal's ninth World Cup appearance, with a best finish of third place in 1966.

POR is currently testing $6 as a barrier, with its daily RSI close to 64, only six points below the overvalued mark. If POR falls sharply from the aforementioned price cap, it may aim for $4.80, which served as its resistance level from September to October 2022. In contrast, if Portugal continues to win the World Cup, the situation may turn positive, pushing POR above the $6 mark and toward or beyond $7.

Argentina is yet another fan favorite, with the third most popular fan token. Argentina has two World Cup titles and came in second place in 2014. Fan favorite Lionel Messi is now playing for Argentina and has stated that this will be his final year with FIFA. Fans all over the world rushed to buy fan tokens to show their overwhelming support and wish for a spectacular outcome.

Argentina's first match in the FIFA World Cup Qatar 2022 against Saudi Arabia ended in a 2-1 defeat for the South American team, resulting in a drop of nearly a third in the argentine football association fan token (ARG).