Published November 16th, 2020 - 01:00 GMT
Sheikh Hamdan’s remarks came on the occasion of the announcement of the results of the 2020-2021 State of the Global Islamic Economy Report today. (Shutterstock)
Highlights
Sheikh Hamdan says the country is in a strong position to become a global leader in developing Islamic economy sector. 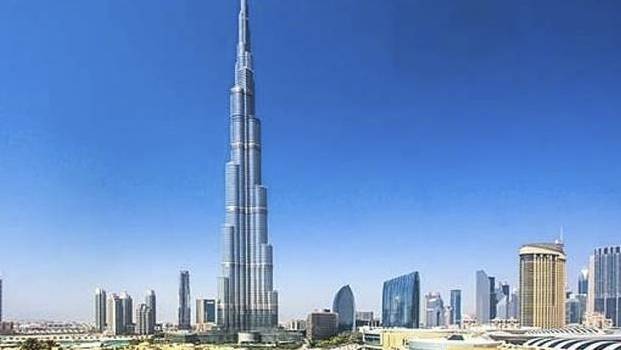 Sheikh Hamdan bin Mohammed bin Rashid Al Maktoum, Crown Prince of Dubai and Chairman of The Executive Council, and General Supervisor of the ‘Dubai: Capital of Islamic Economy Initiative’ said that the UAE has accumulated extensive expertise in the field of Islamic economy and established a robust fintech infrastructure that places it in a strong position to become a global leader in developing the sector.

The Crown Prince attributed the success that Dubai has achieved in the sector to the progressive vision of His Highness Sheikh Mohammed bin Rashid Al Maktoum, Vice-President and Prime Minister of the UAE and Ruler of Dubai, which laid the foundations for the Islamic Economy sector to become an important pillar of the national economy.

#UAE ranks among the top 3 Islamic Economy countries in the world, according to the State of the Global Islamic Economy Report 2020/21. https://t.co/ka0kBnCQ4s pic.twitter.com/5x51QysPR3

Sheikh Hamdan’s remarks came on the occasion of the announcement of the results of the 2020-2021 State of the Global Islamic Economy Report today.

Speaking about the global impact of the Coivd-19 pandemic, the Crown Prince pointed out that the Islamic Economy sector has the potential to lead post-pandemic global economic recovery. He stressed the need to take advantage of fresh opportunities that can open new economic horizons and help both the region and the world overcome the repercussions of the pandemic.

.@HamdanMohammed: The #UAE has accumulated extensive expertise in the field of Islamic Economy and established a robust fintech infrastructure that places it in a strong position to become a global leader in developing the sector. pic.twitter.com/LrOYbt9Ktz

Sheikh Hamdan called for strengthening channels of cooperation with partners around the world, and harnessing the potential of the ‘Dubai: Capital of Islamic Economy Initiative’ to attract investment and capital into the Islamic Economy sector, which in turn will enhance both Dubai and the UAE’s roles as major players in expanding regional and global growth opportunities post-Covid-19.

Speaking on the results of the SGIE Report 2020/21, Sultan bin Saeed Al Mansouri, Chairman of DIEDC, said: “The Dubai: Capital of Islamic Economy initiative, which is based on the vision of His Highness Sheikh Mohammed bin Rashid Al Maktoum, Vice President and Prime Minister of the UAE and Ruler of Dubai to enhance the country’s diversification, is a key contributor to the UAE’s top rank in the Global Islamic Economy Indicator year after year. Disruptions resulting from the coronavirus outbreak have forced nations across the globe, including the UAE, to reprioritise and enhance focus on sectors such as food security. It’s remarkable to note that the halal food and beverages sector, from manufacturing to trading, plays a key role in strengthening our nation’s self-sufficiency. In doing so, it reinforces the UAE’s Islamic finance regulatory framework and drives robust Islamic finance activity, such as leading the unified global legislative framework for Islamic finance. The UAE’s progress can be attributed to the commendable efforts of DIEDC and its strategic partners in successfully implementing the Centre’s initiatives. Such consistent efforts have contributed to the significant growth of the Islamic economy in Dubai, boosting the industry’s contribution to Dubai’s GDP, in addition to supporting sustainable development in the UAE and advancing its economic diversification drive.”

Essa Kazim, Governor of the Dubai International Financial Centre (DIFC) and Secretary General of DIEDC, said: “Until 2019, the Islamic economy achieved remarkable growth across its sectors. In 2020, it is manoeuvring well amidst the economic repercussions of the pandemic. The figures in the report indicate the critical role of the Islamic finance sector in the overall Islamic economy ecosystem, and its crucial role in the current economic environment.”

The Dubai Islamic Economy Development Centre (DIEDC) today announced the results of the annual State of the Global Islamic Economy Report 2020/21 (SGIE Report 2020/21), produced by DinarStandard, a US-based research and advisory firm, in partnership with SalaamGateway, a news and media platform focused on the Islamic economy. First published in 2013, the report serves as an annual update on the Islamic economy, encompassing the halal food and beverages, Islamic finance, and lifestyle sectors.

In its eighth edition this year, under the theme ‘thriving in uncertainty’, the report estimates that Muslims spent $2.02 trillion in 2019 on halal food, modest fashion, family-friendly travel, halal pharmaceuticals, halal cosmetics, and halal media and recreation. While the figures reflect a 3.2 per cent year-on-year growth, expenditure in 2020 is expected to shrink by approximately 8 per cent, due to the economic impact resulting from the Covid-19 pandemic. However, spending across these Islamic economy sectors, excluding family-friendly travel, is forecast to rebound by end-2021, and is slated to reach $2.4 trillion by 2024.

The UAE was ranked one of the top three countries in the report’s much-anticipated Global Islamic Economy Indicator, which covered 81 countries this year. New entrants, Nigeria, Sri Lanka, and Singapore joined the top 15 rankings while Saudi Arabia and Indonesia moved up in the rankings compared to last year’s SGIE Report.

Following a record year of investments in Islamic economy-relevant companies in 2018, investments in 2019 registered a 13 per cent drop to reach $11.8 billion. Of the total investments, over 52 per cent were within the halal food and beverages sector, while the Islamic finance and Islamic lifestyle sectors attracted 41.8 per cent and 4 per cent, respectively. These figures can be attributed to corporate-led mergers and acquisitions, venture capital investments in tech start-ups, as well as private equity investments.

The SGIE Report 2020/21 shows that Islamic finance assets reached a value of US$2.88 trillion in 2019 and are expected to hit US$3.69 trillion in 2024. The measures that countries across the globe have taken to mitigate the spread of COVID-19, such as movement restrictions and social distancing, have accelerated digitisation across industries. The Report also identifies the successful adoption of modern technologies, such as tokenisation of sukuks, as a sign of opportunity, that will enhance the sector and the wider Islamic economy.

Abdulla Mohammed Al Awar, CEO of DIEDC, said: “The SGIE Report is an annual publication that has gained traction as a trusted and ready reference on the global Islamic economy, and contributes to strengthening Dubai’s position as the global capital of Islamic economy.”

Hamed Ali, Chief Executive of Nasdaq Dubai and Deputy Chief Executive of Dubai Financial Market, said: "We will build further on Dubai’s role as one of the world’s largest listing centres for Sukuk, currently at $74.3 billion, to support issuers, investors and all market participants in the Sharia’a-compliant financing sector.”

Rafiuddin Shikoh, CEO and Managing Director of DinarStandard, said: “This year’s SGIE Report highlights the emerging opportunities that stand out amidst the repercussions of Covid-19, such as global supply chain disruptions, job losses, health services crises, and food security challenges. The report also offers recommendations for governments, businesses, and investors to enable them to navigate the challenges, build resilience and continue to thrive.”

As with previous editions, the SGIE Report 2020/21 highlights the Islamic economy’s role in addressing the UN's Sustainable Development Goals (SDGs) including initiatives that address poverty and food security that the ongoing pandemic has further highlighted. Strategic partners of this year’s SGIE Report include The Islamic Food and Nutrition Council of America (IFANCA) and CIMB Islamic, the CIMB Group’s Islamic banking and financial services franchise.

Non-Citizens in Abu Dhabi Can Obtain Freelancer Licences
Salaries in UAE to Remain Under Pressure Going into 2021
Tags:UAE