Masdar, a subsidiary of Mubadala Investment Company and one of the world’s leading renewable energy companies, has announced a strategic agreement with Iraq to develop solar photovoltaic (PV) projects in the country with a minimum total capacity of 2GW (gigawatts).

Iraq, the second-largest oil producer in the Organisation of Petroleum Exporting Countries (Opec) group, is looking to increase the percentage of renewables in its total power production capacity by the end of this decade to address supply issues and meet climate objectives.

Iraq, which this year ratified the Paris Agreement on climate change, enjoys some of the most attractive solar irradiation levels in the region.

The agreement was signed at a virtual ceremony by Majid A. Hantosh, Iraqi Minister of Electricity; Suha Al Najar, President of the National Investment Commission of Iraq and Mohamed Jameel Al Ramahi, Chief Executive Officer of Masdar.

Commenting on the agreement, Ismail said: "The Iraqi government intends to increase and enhance the national production of clean energy. Through this agreement with Masdar, we will generate 2 GW of solar power through projects in the central and southern region of the country."

Iraq is targeting 20 to 25 percent of energy coming from renewable sources, rather than fossil fuels, equivalent to 10 to 12 GW, stated the oil minister.

"This agreement with Masdar, a global leader in renewable energy, is an important step in the development of the clean energy investment sector and the exploitation of solar energy in Iraq," he added.

On the new projects, Al Mazrouei thanked Iraq for providing Masdar with the opportunity to contribute to the implementation of its renewable energy strategy.

"We are committed to working with Iraq to develop sustainable energy resources. This initiative also highlights the importance of public and private sector partnerships in finding affordable solutions," stated the minister.

"Masdar has been a pioneer in developing clean energy projects, and is now active in more than 30 countries around the world, with a total value of more than US$20 billion and a production capacity exceeding 11 gigawatts. Masdar will leverage the expertise it has built up through these projects to support Iraq on its clean energy journey," he added.

Al Zeyoudi said this cooperation will add significant value to the Emirati and Iraqi partnerships in addressing the challenges posed by climate change and keeping pace with the growing energy demand.

"It will also contribute to supporting Iraqi efforts aimed at implementing quality projects to produce 10 gigawatts of solar energy by 2025," he noted.

Al Zeyoudi re-affirmed the UAE's eagerness to facilitate channels of technology transfer, enrich knowledge and encourage the exchange of the best and most successful experiences to promote economic development in Iraq.

Al Najar said the project was one of the largest renewable PV solar projects in the Middle East, and falls within the vision of Iraq’s sustainable transition plan 2021- 2030.

The project delivers 2 GW of green energy for Iraq national network, she stated

According to her, a steering committee of both parties has been established for this goal. "The business model is Independent Power Producer, and the investment will be according to law13-2006 of the National Investment Commission," she noted.

Al Najar pointed out that the new project will ensure clean and sustainable energy production for different areas in Iraq, and displace carbon dioxide emissions resulting from fossil fuel generation. 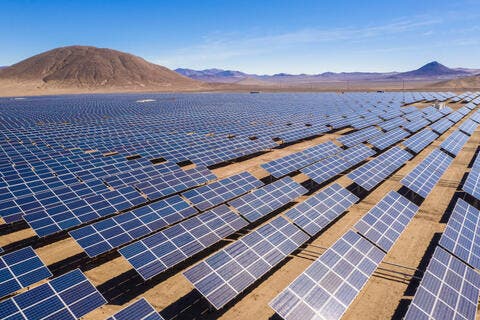 "The project will also provide new jobs in the energy sector, with the manpower for project construction and operation beyond 2,000," she added.

Al Ramahi said the UAE shares Iraq’s commitment to diversify away from a dependence on oil & gas and to accelerate the transition to clean energy sources.

"We are proud to support the Iraqi government at this vital stage in its clean energy journey and we will leverage our expertise to deliver a more sustainable future for the nation," he added.

PSL 2022 Will Be Staged in Pakistan and in Front of Our People, Says PCB Chairman