Even though the death of Queen Elizabeth II last Thursday was not a shocking surprise to billions of people around the world, the announcement has sure left unusual impacts on millions of Britons and people worldwide, as everyone was asking: "What now?" 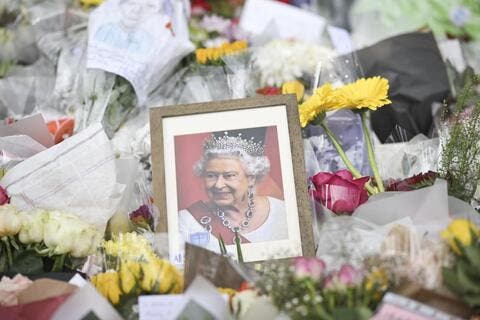 Considering her 70-years-long reign, Queen Elizabeth II has long been a symbol of consistency and stability, as most of the world's population today has seen no other monarch in the United Kingdom but her.

This has surely lightly reflected on markets, especially in the United Kingdom, the country that has been suffering from one of its sharpest inflation rates in modern history.

In July 2022, the UK economy reported signs of slow economic recovery with a 0.2 rise in GDP, after its inflation rates spiked as high as 10.1% in year-on-year figures, the highest since the early 1980s.

Only last week, a new Prime Minister was appointed by the late Queen, promising $172 billion worth of economic plans that should help the UK's population overcome the ongoing economic crisis, including a freeze on energy prices and supporting the country's industrial sectors.

Yet, the country is now dealing with a mourning period, which has triggered fears of further damage to the economy have been on the rise, with investors, business people, and other stakeholders wondering whether or not the UK will announce a series of public holidays for the Queen's funeral and for the official crowning of the new king.

The United Kingdom has entered a 12-day mourning period, during which many Britons will be pausing most economic activities, while resumption is only expected following the Queen's funeral on Sep 19.

On Friday, the 9th of September 2022, only hours after Queen Elizabeth II was announced dead, the London Stock Exchange resumed regular activities with no change for working hours, despite the government's prior announcement of a mourning period.

“We are deeply saddened at the passing of Her Majesty Queen Elizabeth II. Our sympathies and condolences are with The Royal Family.” – London Stock Exchange Group pic.twitter.com/XQj6g2UWDv

However, the London Stock Exchange announced that operations will be halted on the day the state funeral is held for the late Queen, which has been announced by the government as a bank holiday. According to UK public announcement, the Queen will be laid to rest in London on Monday, the 19th of September, 2022.

Due to the hours-long wait for updates on the Queen's health on Thursday, after her doctors recommended her children join her in the Balmoral Castle in Scotland after expressing "deep concerns over her health condition", the news of the Queen's death did not cause strong reactions on the UK's currency.

Last Thursday, the Pound Sterling fell slightly following the news, by around 0.3% before recovering to $1.1516 afterward. 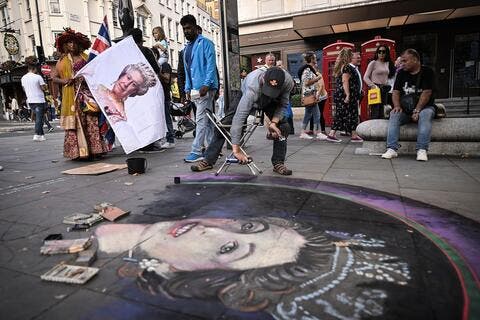 As mentioned earlier, millions of people across the UK have been waiting for a rescue package estimated to cost $172 billion to boost economic activity and to support the country's population amid the country's worst economic crisis in decades.

However, the Queen's death and its long mourning period are expected to cause major delays in the process, which is feared to only leave harsher consequences on the country's economy.

One of the most pressing issues for Britons is the freezing of energy prices prior to winter months, which are already expected to be harder than usual.