The British economy grew less than expected in the first quarter, as the winter wave of Omicron-variant COVID-19, a skills shortage, and an intensifying cost-of-living crisis all weighed on output. 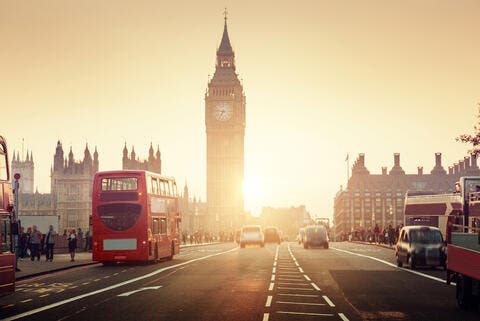 Gross domestic product grew by only 0.8% in seasonally-adjusted terms from the fourth quarter, the Office for National Statistics said on Thursday, with preliminary data suggesting that it actually declined in March by 0.1%. Analysts had expected growth of 1.0% for the quarter, and stagnation in March.

Other data for March released on Thursday showed that industrial output fell for a second straight month, by 0.2%, while the trade deficit widened to 23.9 billion pounds on the month, from 20.6 billion in February.

Construction was the only bright spot, where output rose 1.7%, its biggest gain in three months.

The slowdown may weaken the government’s hand as it prepares for another round of brinkmanship with the European Union over the terms of the Brexit deal negotiated by the two sides. The U.K. has drafted legislation that would suspend checks on all goods arriving in Northern Ireland, which remained part of the EU’s customs area under the deal. EU officials have threatened retaliation if London goes ahead with its plans.

Sterling dipped on the news before recovering most of its losses to trade at $1.2196 by 2:20 AM ET (0620 GMT). It has fallen over 3% against the dollar in the last month as the economic outlook has darkened. The Bank of England, which raised its key interest rate for the fourth time in five months last week, now expects the economy to contract toward the end of the year.