Published July 30th, 2019 - 08:00 GMT
The governments of the world's two largest economies have imposed billions of dollars of tariffs on each other's goods, slowing global growth and roiling markets. (Shutterstock)
Highlights
Huawei was placed by Washington on a blacklist in mid-May that effectively blocks US firms from doing business with the Shenzhen-based firm.

A month after President Donald Trump said he would allow US companies to resume selling to blacklisted Chinese telecommunications giant Huawei, his administration has done little to clarify what sales will be permitted.

The lack of clarity on what US firms can supply to the world's top producer of telecommunications equipment as long as it's on a so-called "entity list" is likely to cast a shadow over this week's US-China trade negotiations in Shanghai.

Trump had pledged to allow the sales as a goodwill gesture to President Xi Jinping when the two met last month and agreed to restart talks to try to resolve their year-long trade war. China, for its part, agreed to restart large-scale agricultural purchases.

US chipmakers cheered Trump's announcement, which administration officials clarified afterwards meant the government would issue export licenses in cases where there is no national security risk and where the items are "non-sensitive" and readily replaced by rivals.

But the department has yet to respond to any of a total of around 50 license requests from about 35 companies, sowing uncertainty in the industry and in Beijing.

"At this stage, there is mass confusion," said William Reinsch, a former Commerce official, adding that the plan for case-by-case decisions "maximises the uncertainty."

The governments of the world's two largest economies have imposed billions of dollars of tariffs on each other's goods, slowing global growth and roiling markets.

US Treasury Secretary Steven Mnuchin and Trade Representative Robert Lighthizer will meet with Chinese Vice Premier Liu He starting on Tuesday, the first face-to-face meeting since the two leaders met.

Many people close to the talks expect the topic of Huawei to dominate, along with the failure of Chinese agricultural purchases to meet expectations, taking time and attention away from the many deeper, longer-term issues.

Trump hosted a meeting of seven technology CEOs last week to discuss Huawei and other topics, at which the executives expressed frustration at Commerce Secretary Wilbur Ross for not providing clear guidelines, Reuters reported.

"By making the meeting public, the US was trying to send a signal, 'we’re moving on Huawei, we need you to move on agriculture'," said Wendy Cutler, a former US trade negotiator and Vice President of the Asia Society Policy Institute. 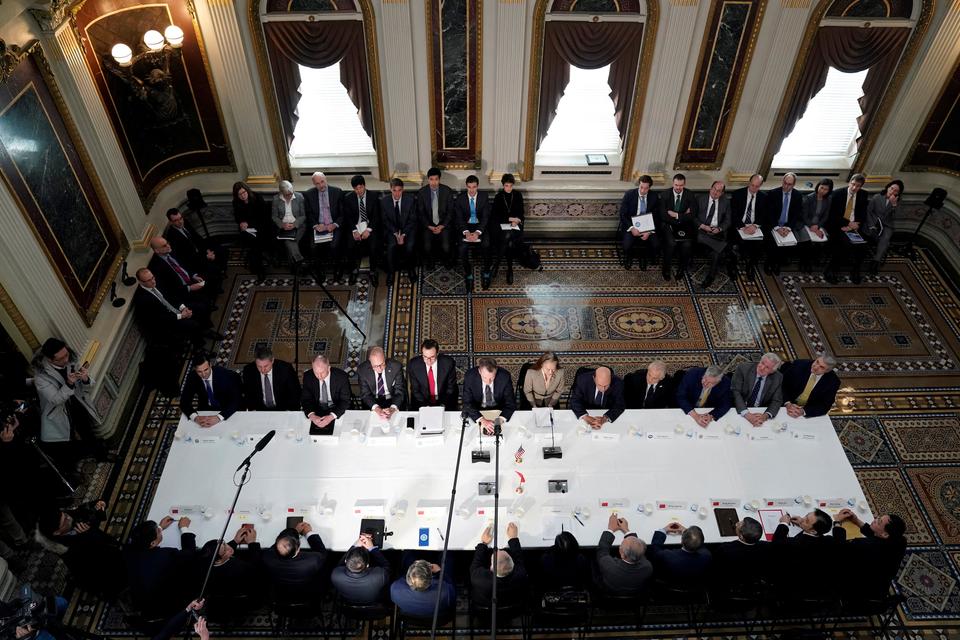 Par for the course

Many companies have halted sales to Huawei since the company was put on the entity list on May 16, while some have chosen to resume selling items made abroad. Some, including Intel Corp and Qualcomm, began pressing Commerce for carve-outs soon after.

Some companies have taken advantage of a narrow "temporary general license" provided by the Commerce Department which allows for transactions such as software updates for Huawei.

Secretary Ross has said responses to requests for licenses are coming in a matter of weeks.

"It's par for the course for this administration," said trade lawyer Doug Jacobson. "They are making up policy as they go along based on the president's direction."

The uncertainty continues to roil the global industry.

Last month San Jose, California-based Broadcom forecast that the US-China trade tensions and the Huawei ban would knock $2 billion off its sales this year. CEO Hock Tan said there was no obvious substitution for Huawei, which accounted for about $900 million or 4 percent of its sales last year.

Fedex Corp last week said "unclear" Commerce department policy on Huawei "resulted in considerable complexity for our operations," to explain why it held back more than 100 Huawei packages, which is now under investigation by Chinese authorities. 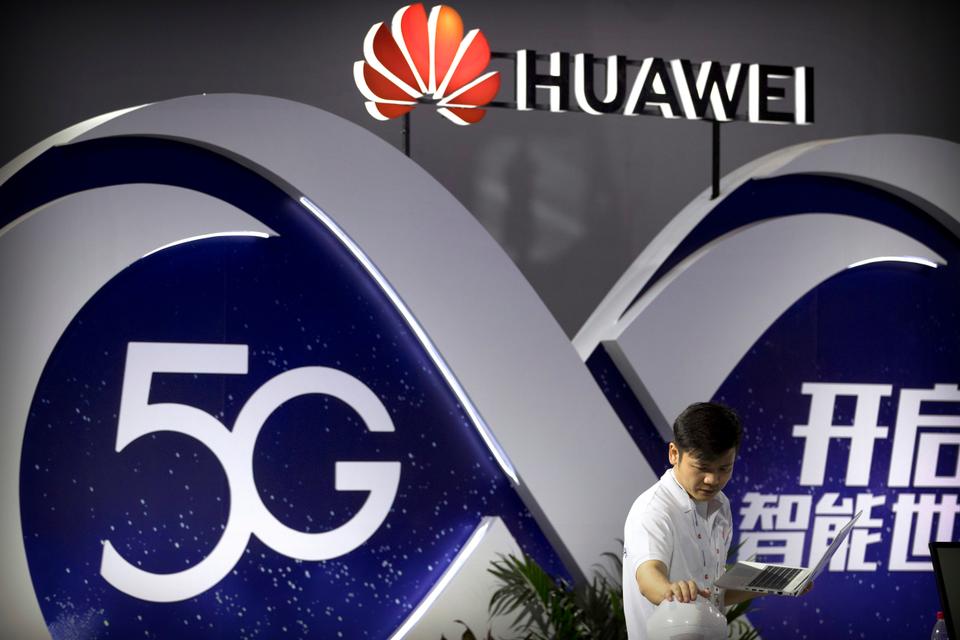 Huawei aims to become a leader in 5G equipment provider as at least half a dozen countries gear up to roll out high-speed wireless internet.(AP)

The May blacklisting represented a significant escalation in Washington's campaign against Huawei, which it says steals US intellectual property and violates Iran sanctions.

CFO Meng Wanzhou was arrested in Canada on a US warrant on charges she misled global banks about Huawei's relationship with a company in Iran. Meng, who is also the Huawei CEO's daughter, maintains her innocence and is fighting extradition.

Washington has also launched a lobbying effort to convince US allies to keep Huawei out of next-generation 5G telecommunications infrastructure, citing concerns the company could spy on customers. Huawei has denied the allegations.

Judith Alison Lee, a trade attorney at Gibson Dunn, said her clients have received requests from Commerce for more information related to their license applications but no approvals so far.

"There is a real sense of uncertainty at the department about where the administration is going on Huawei," she said.

"Every day that goes by it creates more damage to Huawei and the Chinese, and that makes the trade talks that much more difficult."