Last Friday, news headlines exploded with reports of a steep drop in the S&P 500 index on Wall Street, announcing it at a "bear market" territory. But what does this mean?

In business terms, a bear market is a phase at which stock prices take 20% dips or more for a sustained period of time, which is most of the time interpreted as a warning signal of looming economic crises. 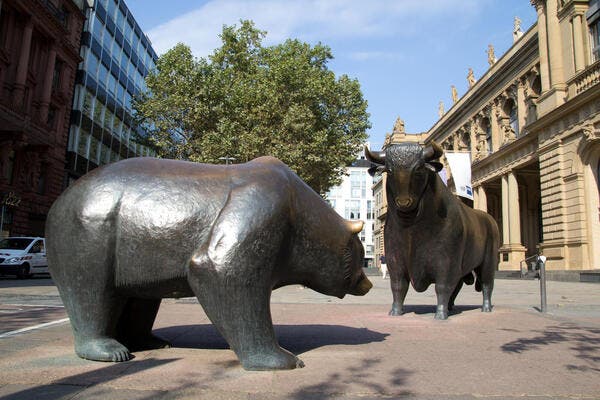 Other wall street indexes also saw sharp drops in recent weeks, with the US reporting the highest inflation rates in 40 years and a notable rise in unemployment claims, which hit 218,000 this week. These numbers have been taken seriously by experts and business people who are fearing a possible economic meltdown that could affect the whole world.

The last time the world experienced a bear market was shortly before the markets shook on March 11, 2020 in the wake of COVID19 lockdowns and the fear triggered by the pandemic.

While entering a bear market is mostly a sign of a looming recession, this is not always the case. In order for us to identify a recession, economic conditions should include more signs than just a market plummet, including falling retail prices, unemployment sudden spikes, and contractions of GDPs for an extended period.

Besides the "bear market", economists also identify the "bull market", one that indicates a more positive economic performance, where markets start to report steady rises for a long period of time, with no records of bear markets, adding to market security.

The US saw its longest bull market following the 2008 crash, as markets continued to grow steadily between March 2009 and March 2020, lasting for 11 years.

Is it a recession yet?

Among the reasons behind the current economic dip are the many consequences caused by the Russian invasion of Ukraine, including spiking oil and gas prices, the shortage of materials that were heavily produced in either Ukraine or Russia, in addition to the long-term impact of the pandemic.

However, it is still hard to determine whether or not the global economy is heading toward a recession any time soon, especially since investors continue to have high hopes for the post-COVID19 economic activity, in addition to political efforts to stabilize energy markets and to find sustainable alternatives to products affected by the war in Ukraine.