What determines the Bitcoin price?

Bitcoin has revolutionized the way people perceive money one block at a time since its inception in the aftermath of the 2008/2009 financial crisis. Nonetheless, given that bitcoin is not backed by any real-world commodity, one of the most difficult challenges for crypto newcomers is understanding what determines bitcoin price.

Indeed, the concept of digital currency may be perplexing. To get there, let's first deconstruct the definition of money.

Money is a convenient medium of exchange that stores value and serves as a unit of account. In the early days of human civilization, the first forms of money were rocks, beads, salt, sugar, stones, copper, silver, and gold; all were natural resources that we could find in our immediate surroundings. 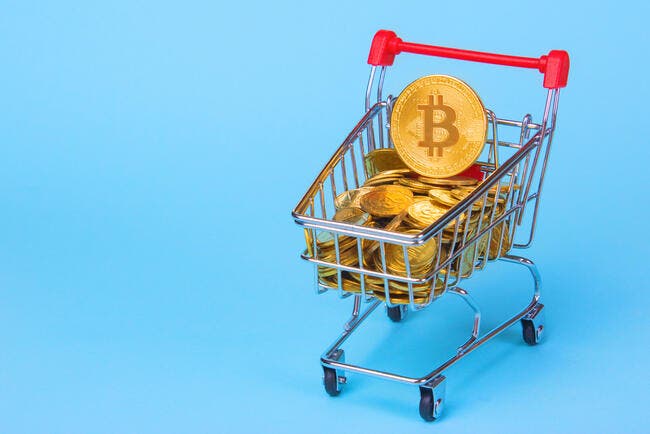 A complicated analysis of an investment is valuation. Bitcoin's relative valuation can be determined by comparing it to other cryptocurrencies. However, because stocks and bonds are different instruments, comparing their intrinsic value to bitcoin is difficult.

The current market's bitcoin price is bitcoin's value; its intrinsic or actual value is difficult to determine.

What determines the Bitcoin price?​​​​​​​

On the supply side, Bitcoin is a one-of-a-kind asset in that its new supply schedule is completely inelastic; it is unaffected by fluctuations in demand. When demand for most goods, including fiat currency and gold, rises, producers respond by increasing output and returning prices to equilibrium. Because of the difficulty adjustment, when demand for bitcoin rises, production of new bitcoin does not rise.

Bitcoin's unique characteristics make it valuable in the eyes of those who own it. Notably, a government or other single organization does not have a monopoly on its limited, auditable supply.

The main source of value for Bitcoin is its limited supply and rising demand. Its supply is set to be limited. Bitcoins, unlike traditional currency, are not printed. Instead, they are extracted from the system. To approve consensus-based transactions, Bitcoin uses a decentralized network of independent nodes.

Unlike fiat currency, bitcoin has a limited supply. There will never be more than 21 million bitcoin in circulation. Bitcoin is created at a fixed rate that decreases over time, causing demand to outstrip supply. This adds to the price's upward pressure.

Although its energy-intensive process is the most criticized feature of bitcoin. Satoshi designed Bitcoin’s consensus Proof of Work (PoW) to be expensive on purpose, as he considered energy to be the universe’s super basic commodity.

Proof of Work is the proof of burn or proof that energy was consumed to achieve the mining, validation, and securing of the network.

Production costs, like other commodities, play an important role in determining bitcoin's price. According to some studies, the price of bitcoin in cryptocurrency markets is closely related to its marginal cost of production.

The production cost of Bitcoin is roughly equal to the sum of direct fixed costs for infrastructure and electricity required to mine the cryptocurrency, as well as an indirect cost related to the difficulty level of its algorithm. Bitcoin mining involves a network of miners competing to solve for an encrypted number; the first miner to do so receives a reward of newly minted bitcoins as well as any transaction fees accumulated since the last block was found.