Published September 8th, 2021 - 06:00 GMT
The "Last Seen" status is a feature that allows other users to know when the last time you opened the WhatsApp and was active on the app. (Shutterstock)
Highlights
This featue comes as a part of WhatsApp's privacy push as the Facebook-owned app seeks to give users a great level of control over their accounts

WhatsApp is reportedly working on allowing users the option to hide or disable the visibility of their "Last Seen" status to certain contacts, according to WABetaInfo. 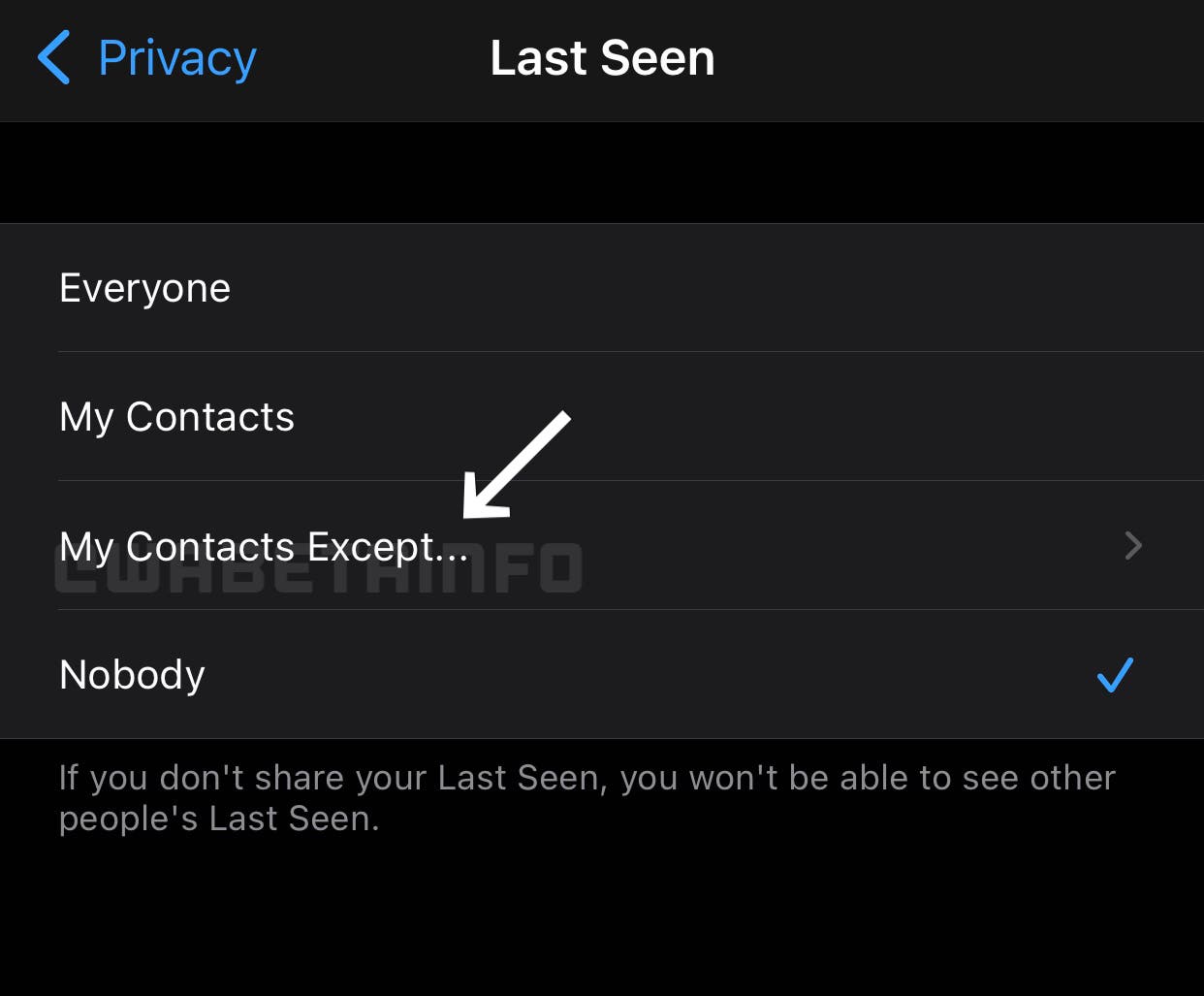 The "Last Seen" status is a feature that allows other users to know when the last time you were active on the app. With this update, the messaging giant rolled out a parameter for "Last Seen" feature dubbed as "My Contacts Except...". However, based on the provided screenshot, if you block someone from viewing your 'Last Seen' status you won't be able to see theirs in return. WhatsApp Hit with $266 Million Fine in Ireland Over Data-Sharing

According to the source, this option will also apply to other privacy settings as well, such as “profile picture” and “about”.