Why Freelancing Is on the Rise in the UAE 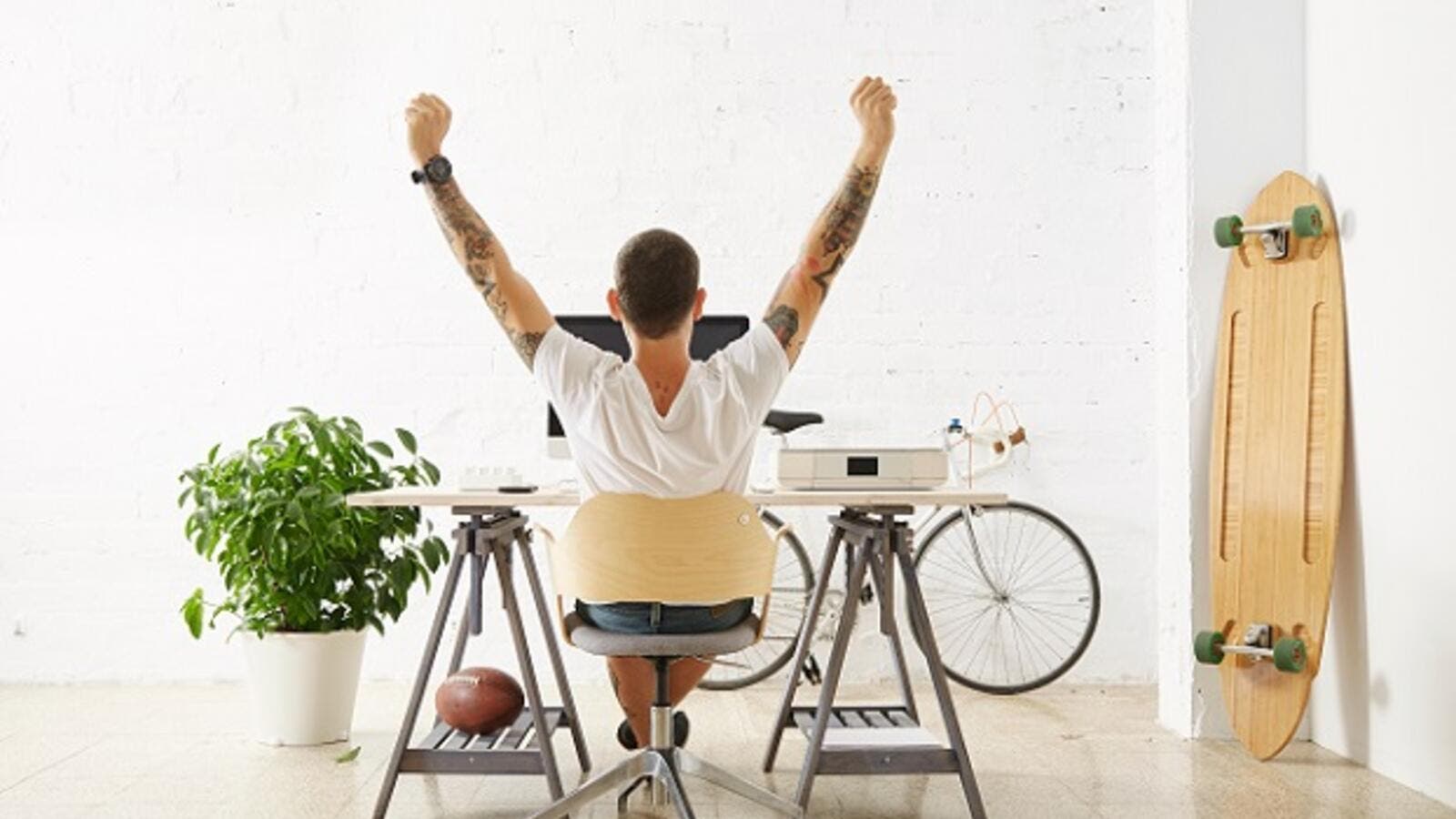 Freelancers could charge a small portion of cash advance before starting their gig to avoid getting duped in the future. (Shutterstock)

A marked shift can be noticed in the UAE from the traditional model of employment with a fixed employer to a looser arrangement focused on flexibility, autonomy and self-control over working schedules called freelancing.

According to a 2017 World Economic Report, freelancers represent 35 per cent of the United States workforce and 16.1 per cent in the European Union. In OECD countries, studies show that freelancers work chiefly in the service sector - 50 per cent of men and 70 per cent of women. However, the remainder is everything from online assistants to architects, designers and photographers.

With the changes in visa rules, UAE residents can get a permit for an annual fee of Dh7,500 from Dubai's Tecom Group and freelance in the education and media sectors. Those looking for a visa can pay an additional Dh3,250 for a three-year visa under Tecom. The platform www.gofreelance.ae was launched in June this year. Those interested can take up the freelance visa to perform activities in the tech, education and media sector.

Secure Your Freelance Permit in Dubai for Dh7,500
Good News for Freelancers in Oman

In an earlier interview with Khaleej Times, Majed Al Suwaidi, managing director of Dubai Media City, Dubai Studio City and Dubai Production City, said: "The new product is 70 per cent cheaper than the previous cost of getting a permit. Moreover, the Tecom visa allows the candidate to sponsor his or her family."

For youth, freelance is the way

Business entrepreneur Hakim Boriawala used to be in his family business. Always interested in composing music, he was unable to unleash his creativity due to lack of experience in the field. Similarly, his wife Tasneem was a housewife and didn't have much work experience so as to set up her own business.

The duo launched a free freelancing website called Bawabba that allows individuals to pursue new professional opportunities full time or part time with minimum risk. The online community connects freelancers or small businesses to their potential clients directly with no middleman and has more than 1,500 registered freelancers/small businesses today.

Speaking about the upward trend in freelancing, Tasneem said: "With job cuts and difficulty in landing jobs, a lot of unemployed people in the region are turning towards freelancing to gain some stability. Millennials want to work for themselves, they want to be heard at work, be more independent and work at a time and place that suits them."

Tasneem said that it is not only the freelancers who are benefiting but also more and more companies in the UAE are now opting for freelancers.

"Companies are hiring more freelancers because it helps them save overhead costs such as visa, insurance, gratuity and headaches of full-time commitments. Even small businesses are hiring freelancers to get their work done because instead of outsourcing to India and other countries, with the wide pool of local talent available here, it's a safer option to hire locally."

Dubai-based restaurateur and owner of Puffizza in Karama, Ali Johar hired a freelance photographer for his restaurant, and said it was a cost-effective decision, and saved him five times the cost that would have incurred if he had hired some companies instead.

He said: "I got a qualitative service as the photographer I hired was working with several media companies and has also covered food photography at restaurants. I had an option of going through many portfolios online before shortlisting.

"Freelancing gives a chance to assess the quality of an individual before I commit monetarily. Also, it saved me VAT charges as if I went to the company they would issue an invoice to my firm and I would have to pay the VAT. But with a freelancer, I didn't have to pay that tax."

A perfect example of how taking up freelancing can help maintain a work life balance is Dubai-based housewife Kanwal Shahzad,35, an ex-assistant finance manager at a leading recruitment agency in Dubai. Shahzad, now a freelancer, said she cannot imagine going back to her full time job ever again.

"I have two young kids. When I would return from work, I would find them hooked on to TV or playing on iPad looking exhausted. It made me feel like I had failed as a mother," she said.

Shahzad quit her regular job and began freelancing as a digital marketing specialist. "I got a trade licence first and began work as a 'solopreneur'. I hired freelancers in other parts of the world to help me out with various tasks. Today, I've built a network of 32 freelancers, from content writers and graphic designers to web developers," she explained.

She recently shifted to a freelance visa at the Ras Al Khaimah Free Zone, and now works as a life coach and motivational speaker who conducts her own workshops.

Sehrish said: "You are the boss in the case of a freelance visa as you can work for different companies at the same time and you do not need a NOC nor a sponsor."

Jack of all trades, master of some

Nineteen-year-old student Sakshi Rajani opted to freelance after she decided to take a gap year after high school to explore different fields and gain more exposure in the professional world.

Sakshi said: "For starters, what I find most beneficial is that I can work in my own time. As a student, it's important for me to also give time to academics and thus, freelancing helps me work with my timings for any offer that I prefer. It's a huge learning experience."

Freelancers can charge in advance to avoid getting duped

Freelancers could charge a small portion of cash advance before starting their gig to avoid getting duped in the future.

Steve Ashby, founder of Businessmentals - a website and resource dedicated to providing tools for business and tools for life for startups, SMEs and freelancers - said freelancing is a global phenomenon.

He said: "Organisations are shrinking their permanent staff and outsourcing wherever possible to avoid employee on-costs. And those folks previously employed now do exactly the same work for their previous employers, but without the employee benefits, and no job security."

He added: "The other big group is millennials who think it is much more relevant to work for themselves than for the "machine" - until they find out how hard it is to start and run a business."

Commenting on the legal rights of freelancers, Ashby said: "A lot of so-called "freelancers" have side-hustles. They have no standing in court because they're unlicensed. The freelancers and outsourced workers who have valid licences and are working within the terms of their licence have full legal standing.

"The problem they have is the cost of chasing people who owe them money. We recommend part payment up front and a very formal and swift process for chasing up payments," he added.

Furthermore, in the UAE, freelance visas do not provide medical insurance. However, freelancers can sponsor their entire family in the UAE.