Published July 21st, 2021 - 10:00 GMT
Millennials and Gen Z belong to different generations and timeframes, and with that comes different ways of thinking, working and living. (shutterstock)

You might think that the “war” between Millennials and Gen Z is limited to TikTok, fashion trends and dancing battles. However, in reality, the heated war is shifting to more serious places, like the office!  Just so that we are on the same page, let us clarify the age group each belongs to. Millennials are people born between 1981 and 1996, whereas Gen Z are those born between 1997 and 2012. Millennials and Gen Z belong to different generations and timeframes, and with that comes different ways of thinking, working and living. 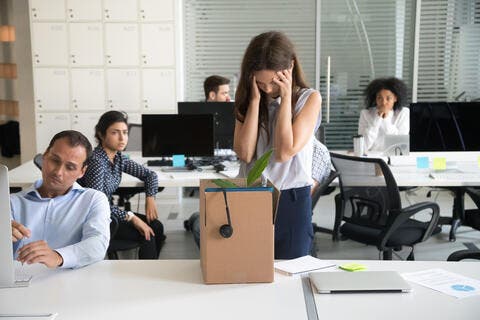 But how do these differences manifest in the workplace? Let us take a look!

Gen Z has witnessed the financial struggles that many millennials went through, and this might have had a significant impact on how they perceive finances. Research also shows that 51% of Gen Z respondents say they have a fear of not having enough money to enjoy their lives. While it is reported that Gen Z is not fairly experienced when it comes to managing their finances, around 49% reported an interest in financial topics and are keen to learn. While more than a quarter of Gen Z said they did not know how to handle their finances in a responsible manner, which is fairly higher compared to Millennials (22%), one cannot deny that they are highly driven and ambitious. It is also important to shed light on the fact that despite the great financial distress that Millennials faced with student loans and debts, they seem to have managed and grown fairly well.

In contrast to Millennials, who love working in teams and believe that teamwork can foster creativity and innovation, Gen Z are more independent. Gen Z tend to like working alone, and be able to highlight their skills and abilities through their independent work.

Gen Z grew up in a world that is constantly changing yet always connected. They have lived their lives being bombarded by new technological advancements and thus they became used to switching from one task to the other. And while this means Gen Z are more capable of multitasking, it also means that they have a shorter attention span. It is reported that Gen Z have an attention span of 8 seconds compared to the 12 seconds that Millennials have.

Despite the fact that Gen Z was the generation that grew up in the era of technological advancements, they still seem to prefer face-to-face communication over virtual ones. Around 53% would opt for in-person communication over using digital messaging tools. This might be because they have witnessed the struggles Millennials are facing due to the lack of real communication.

With the independence spirit and wanting to shine on their own, it comes as no surprise that it is reported that around 55% of Gen Zers aspire to start their own business. . However, Gen Zers are not the only ones with entrepreneurial spirits, because Millennials were already leading the way when it comes to entrepreneurship. It is reported that 1 in 3 Millennials either have a small or side business. It is quite apparent that both generations are highly motivated and believe in the importance of being innovative and entrepreneurial. 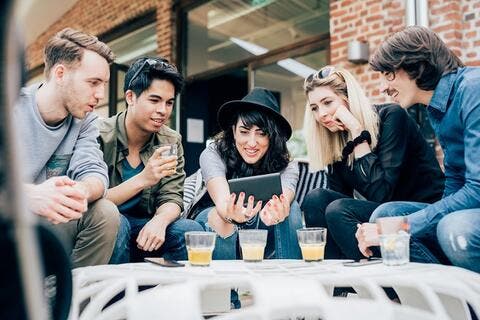 UAE Millennials Not Saving Enough Money for Their Old Age

The world is continuously being faced with challenges that threaten the peace and safety of everyone. That is why it is no surprise that the new generation is driven by the need to leave a lasting impact. Researchers say that Gen Z cares less about the salary and more about having a purpose and making the world a better place. In contrast to Millennials, Gen Z had the chance to see first hand the obstacles that their predecessors faced which made them more prepared and career-driven.

Another important aspect that has to be considered is how the world now views professionalism. Millennials grew up understanding that certain things, such as tattoos and piercings, are not considered professional. And while this is still the case for some companies, it is quite apparent that the view on professionalism is beginning to shift into a more accepting and inclusive perspective. Gen Z also believes  that there is more to a person than how they look and that their skills and attitude is much more important at the workplace.

The fact that Gen Zers want to have a direct impact and are purpose-driven shows that they are highly motivated and ambitious. While the idea of having a flexible and impact-driven job was first paved by Millennials, Gen Z seems to also be falling in their footsteps. Both generations are motivated by financial security, being fulfilled and satisfied with their impact and having a flexible job.

In a nutshell, one cannot generalize and say one generation is better at the workplace than the other, because it all comes down to the person’s character and skills. However, it is important to shed light on the fact that both generations were born in a fast paced world that is continuously changing and thus they are showing a high level of resilience and adaptation.