Is the World on the Verge of a New “Touristic” Space Era?

Published April 12th, 2022 - 06:00 GMT
To celebrate the International Day of Human Space Flight, let us take a look down memory lane and see how flying to space has changed over the past decades. (shutterstock)

Flying to space and exploring the outskirts of the universe has always been something that was filled with so much potential for the world and humankind. Since the first human space flight was successfully carried out on April 12th, 1961, the world of space travel has come a long way. 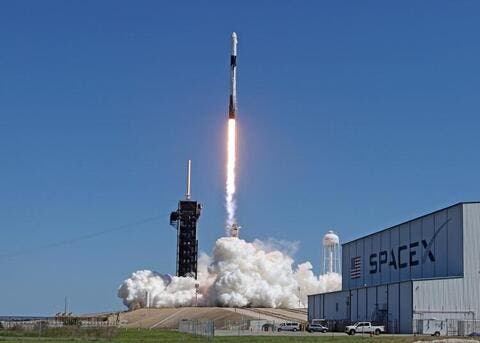 What first started as a way to explore space and make use of science and technology for humankind is now gravitating towards becoming a commercialized profit-inducing market for many companies. So this year to celebrate the International Day of Human Space Flight, let us take a look down memory lane and see how flying to space has changed over the past decades.

A History Snapshot of Flying to Space

The venture to explore space first started back on October 4th, 1957 when Sputnik, the first human-made Earth satellite, was sent to outer space by the Soviet Union. After that and on April 12, 1961, Soviet citizen, Yuri Gagarin, made his way to space in what is known as the first human flight to space. More and more achievements have been made in human space flight ever since.

The first woman to enter Earth’s orbit was Valentina Tereshkova on 16 July, 1963. The urge to explore space and learn about it was even further pushed when Neil Armstrong became the first person to set foot on the Moon back in July 1969 in the Apollo 11 spaceflight. With landing on the moon and carrying out more missions into space, the world of astronomy was revolutionized.

In addition, the curiosity to discover more about outer space has even pushed the Arab world into the race! Earlier last year, UAE was the first Arab country to enter the orbit of Mars.

Just like with any other window of advancements and exploration, many might try to take advantage of something as revolutionary as space flight and turn it into something commercial. The US first fully endorsed launching commercial flights to space back in 1983. And even though there hasn’t been significant strides towards making this accessible to people in a commercial in the couple of decades that followed, things are different in our time.

Last year has witnessed great progress when it comes to space travel. In fact, leading business moguls like Elon Musk, Jeff Bezos and Richard Branson were all racing to be the first on setting the base for space tourism!
One of the front runners in launching vehicles to outer space, SpaceX, already had plans to send customers flying to space back in 2017. However, it was in 2021 that it successfully launched the world’s first all-civilian trip to orbit. But that is not all what SpaceX has in store for us, because on April 8th, 2022, a SpaceX rocket took customers to space for a 10–day trip to the ISS. This trip was made possible by the joint efforts of NASA, SpaceX and Axiom and is said to have sold each seat for $55M!

Jeff Bezos is also playing a key role in space tourism. His company, Blue Origin, has also sent several people, including celebrities, to space in its four spaceflights. Their first crewed mission to space was in July 2021, in which Blue Origin’s founder and CEO, Jeff Bezos took part in it. Only a couple months later, a second spaceflight was sent to space with Star Trek star William Shatner on board! By the end of 2021 in December, NFL Hall of Famer and "Good Morning America" host Michael Strahan took part in the third mission with Blue Origin! And on March 31st, 2022, Blue Origin's New Shepard took 6 passengers to suborbital space.

But Blue Origin is not the only one making progress in suborbital space. Virgin Galactic, led by successful entrepreneur and businessman Richard Branson, is Blue Origin’s number one competitor when it comes to space flights. In fact, it was in the same year that both companies led their first missions to the edge of space. Only a couple of days before Blue Origin’s first trip to space, Virgin Galactic sent its flight to the edge of space in July 2021. Tickets were sold for a starting price of $450K per ticket. After its first successful trip, Virgin Galactic is now selling tickets again at the same price and taking reservations for space trips that are said to take place later this year.

There are few things as transformative as seeing Earth from above. Reserve your seat to experience something extraordinary.

Governments and countries might have already had commercial flights to space in their agenda, but it is companies like SpaceX, Blue Origin and Virgin Galactic that are further pushing space tourism.

But with ticket prices skyrocketing, do you think there will ever be a time when non-billionaires will be able to visit space? Share with us your thoughts!