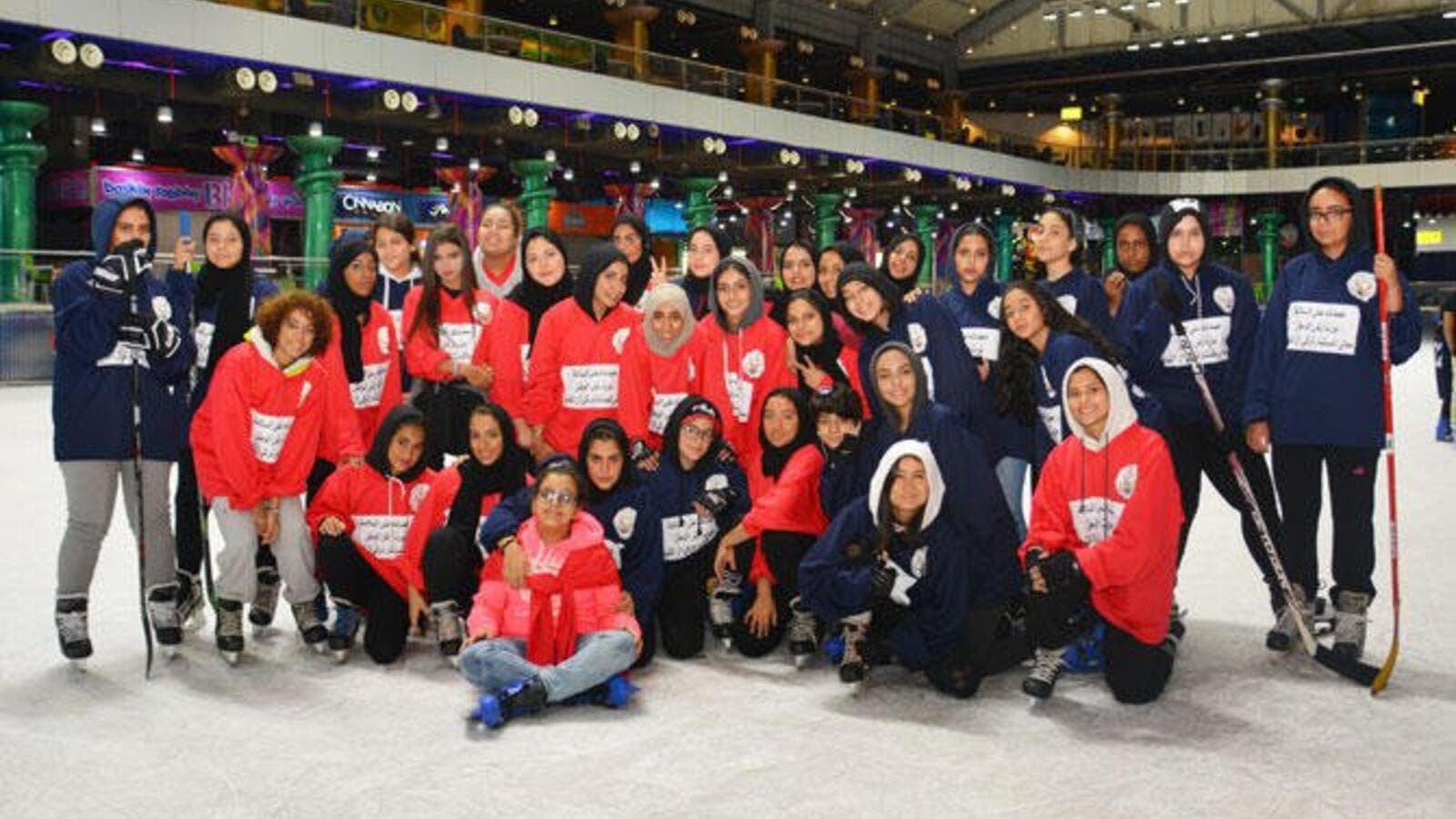 Girls in the city are seeking a license from the General Sport Authority (GSA) to play for what could be called the first Saudi hockey team.

The hockey team is led by the professional ice slider duo Sultan Salama and Mohammed Bahamdeen, who started their journey in ice skating 18 years ago when the Ice Land Amusement Center was first opened in Jeddah.

What makes the concept of a Saudi hockey team special is that this game originates and was played in Canada for hundreds of years before other countries modernized it.

The hockey team is still trying to be officially registered by the GSA as they are seeking a license for the title of “The first Saudi hockey team.”

The ladies’ club, which consists of more than 80 players, started training in a group of ski halls under the supervision of Sultan Salama. The sport on ice enjoys a wide global audience and is accepted by many young people, including girls, nowadays.

Bahamdeen said: “From 2011 to 2017 we did not have enough support to develop the team, but we made an effort to add more to the concept of the game, and this year we were surprised by the huge number of members, which reached 180.

“One of the biggest struggles is affording a full uniform for each member. It costs over SR2,500 ($666) and some members find it really expensive.”

A championship will be held in January next year at Al-Shallal Theme Park and will include 12 female teams and 12 male. Bahamdeen said: “We receive many invitations to participate in hockey and other ice games in Bahrain and the UAE but we cannot go as we need to get the license from the GSA first, and hopefully we will have it done soon.

“We will make sure we have a well-equipped ice skating rink,” he concluded. “The success we have today came after a long path of struggle, and I look forward to taking our teams to an international level.”

The hockey team includes all ages and the youngest member is a 10-year-old, Tolay Ahmad, who has been skating for two years. She said: “I come to ski here every weekend and I feel so happy to be a member of the female hockey team.”

Albandari, 18, one of the most skilled players on the team, said: ”I have been passionate about skiing since I was eight and now, after establishing the Saudi female hockey team, I believe that there is a chance for me and my team to excel at both regional and global levels.”

Once the team receives their license from the GSA, they will have the chance to participate in tournaments at regional and global levels. Albandari added: “Practicing for such games in a specialized way contributes to the development of players. I have been pleased to be a member of the team and with a group that is keen to train and master the sport.”

“We have been practicing at this sport for a while. We have gained the skills, and with the presence of experts such as captains Salama and Bahamdeen, we will learn more.”