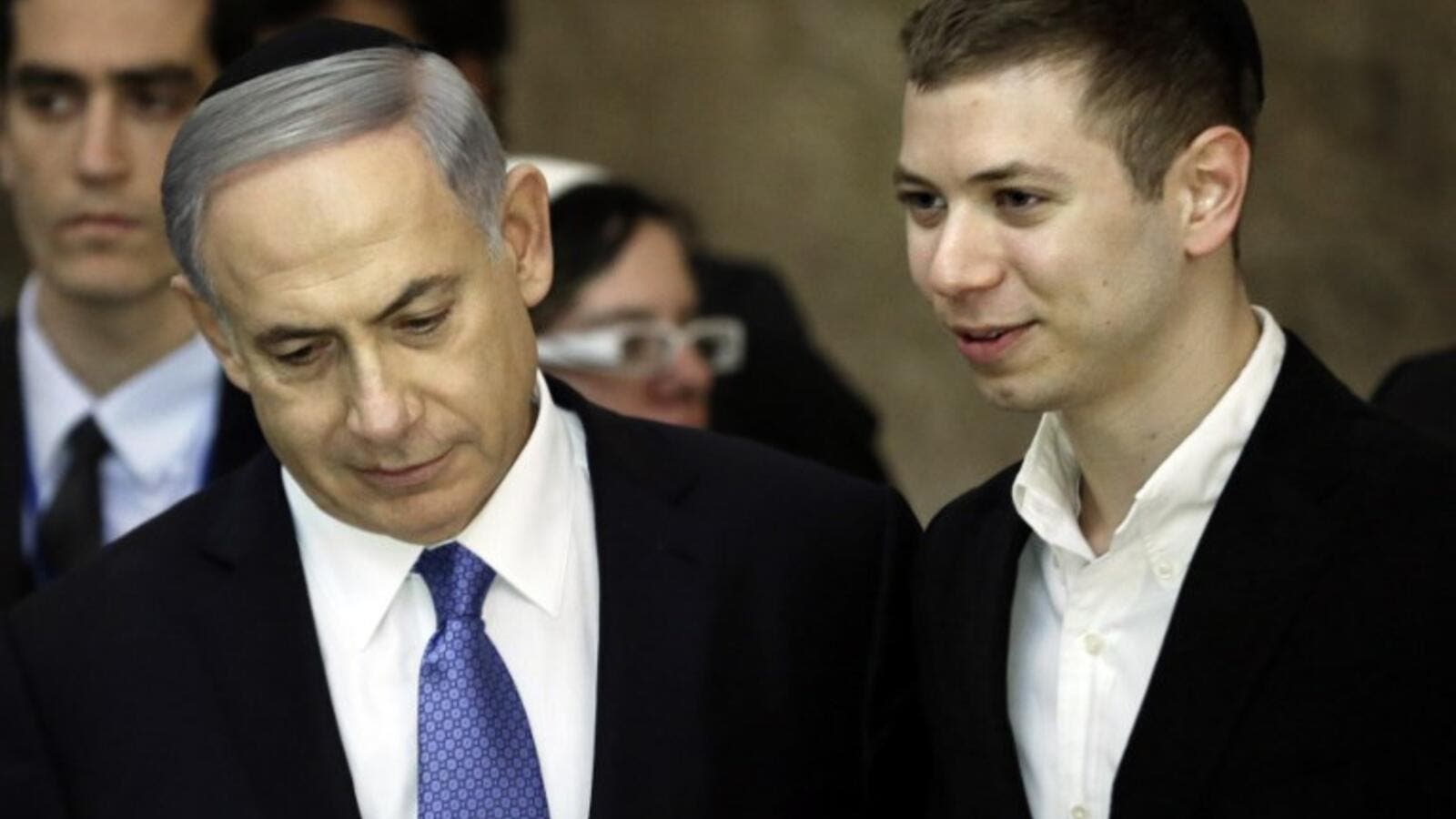 The Anti-Defamation League on Sunday condemned Yair Netanyahu for posting a meme with antisemitic connotations, which white supremacists have celebrated.

The organization's Israel branch tweeted a statement in Hebrew saying that the image "contained clear antisemitic elements. The danger of antisemitic discourse should not be downplayed."

Outspoken Netanyahu critics Eldad Yaniv and Meni Naftali are featured after Barak, tempted with a political party ballot and a tray of food respectively. The caption reads "the food chain."

Meni Naftali, the Netanyahus' former house manager, is expected to testify against Sara Netanyahu should she be indicted in the “Prime Minister’s Residence Affairs” case by Attorney-General Avichai Mandelblit.

All the figures in the meme, except the reptilian, are holding their hands in a similar fashion to "the Happy Merchant," an antisemitic meme that gained prominence in alt-right and neo-Nazi forums after it was first posted on 4chan, an online imageboard. The Happy Merchant depicts a Jewish male figure with a large hooked nose rubbing his hands together and usually includes an antisemitic caption about money or world control.

The reptilian as an all-powerful creature was popularized by English writer and conspiracy theorist David Icke. According to Icke, shape-shifting reptilian humanoids came from the Draco constellation in order to lead a conspiracy against humanity as part of the New World Order. Icke believes in the validity of the antisemitic document Protocols of the Elders of Zion and he has been accused of using lizards as a code for Jews. In response, Icke has claimed that it is the exact opposite — that the "Jews" in the Protocols are not real Jews, rather they are true lizard-people.

The Daily Stormer published a reaction article to Yair's meme titled "Netanyahu’s Son Posts Awesome Meme Blaming the Jews for Bringing Down His Jew Father," in which Andrew Anglin, the neo-Nazi site's founder and editor, referred to the young Netanyahu as "a total bro" and wrote "Next he’s going call for gassings."

The triple parentheses is referred to as the "echo" and is used by the alt-right to denote someone of Jewish heritage or background.

Israeli politicians were quick to respond to the social media firestorm.

On Twitter, Ehud Barak asked, “Is this what the boy hears at home? Is it genetics or his very own mental illness? No matter, at any rate, we should pay for his mental therapist and not his security detail and personal driver.”

Yair quickly posted a Facebook post in retaliation claiming that Ehud Barak "reeks of whiskey" and that "he needs a geriatric evaluation."

Labor leader Isaac Herzog responded to the Tweet by stating, “Every Jew should feel revulsion and shame this cartoon, [in the style of] the pages of [Nazi newspaper] Der Stürmer, that came out of the home of the prime minister and embraced by antisemites. Delete it, apologize, speak out against it.”

Communications Minister Ayoub Kara defended Netanyahu on Sunday, telling Israeli radio that he's "just a kid playing on Facebook." Kara further said that Yair may have been "driven crazy" by the criminal allegations being leveled at his parents and that if his parents were being attacked, he would do the same.

Yair Netanyahu is not a stranger to social media controversies. In July, he attacked Molad, a progressive think tank, and Ariel Olmert, the son of former prime minister Ehud Olmert. In a Facebook post in response to Molad's post titled “Five things you did not know about Yair Netanyahu,” Yair accused the organization of trying to destroy Israel and Ariel Olmert of having a homosexual relationship with a Palestinian.

"There are a few problems with this story. The first is that it’s made-up lies. I like women and share my life with a female partner and my daughter," Olmert said in response. “The bigger problem is the racism and homophobia dripping from this story... And for dessert, you decided to claim that we, my imaginary friend and I, harmed national security. Good for you.”