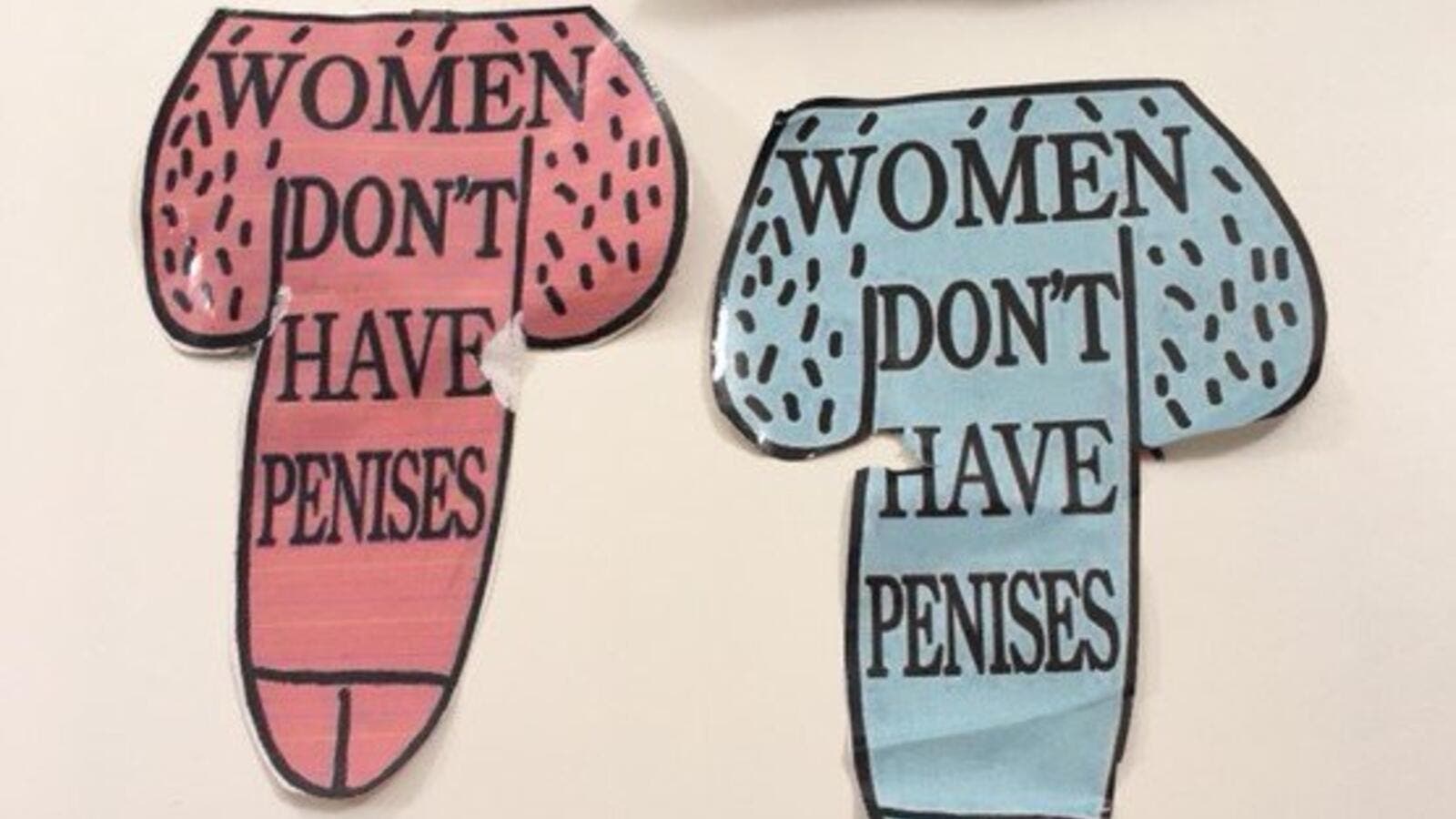 A university lecturer has been accused of a 'ludicrous' assault on academic freedom after she asked thousands of members of a Facebook group to create and spread a list of academics she deemed to be 'transphobic'.

Natacha Kennedy, a researcher at Goldsmiths University of London, who describes herself as a 'bolshie trans woman' asked people in the closed group to shame academics if they did not agree with the activist's views that people born biologically male could be women.

She called the list 'necessary' so that students could avoid accepting a place on a 'dangerous' course.

Staff at Oxford, Warwick, Bristol, Sussex and Reading were among those deemed 'unsafe' as they employed academics who have publicly disputed Ms Kennedy's belief that 'transwomen are women'.

Rosa Freedman, a professor of law, conflict and global development, at the University of Reading, was listed for saying 'biological males' should not have access to women's refuges. One activist boasted she had been reported the professor for 'hate speech' several times.

Professor Freedman told The Times: 'We are talking about the aggressive trolling of women who are experts. I have received penis pictures telling me to "suck my girl cock". This is straight-up, aggressive, anti-woman misogyny.

'The idea that writing about women's rights automatically becomes a hate crime in some people's eyes is ludicrous.'

All the named academics were women.

Another included was Kathleen Stock, a professor at the University of Sussex who has argued against redefining the category of woman and lesbian 'to include men'.

Writing on the Facebook post in Trans Rights UK, one wrote: 'File a hate crime report against her, and then the chairman and vice-chair. Drag them over the f***ing coals.'

In response to her environment being called 'unsafe', Professor Stock told the Times: 'What would make a philosophy department unsafe is if its academics weren't allowed to challenge currently popular beliefs or ideologies for fear of offending.

'Deliberately plotting to have my department lose students, or to have me dismissed, through covert means, is surprising behaviour from a fellow academic.'

Goldsmiths University confirmed Ms Kennedy was an employee, but did not confirm to the Times why she appeared in the staff directory twice, once as Mark Hellen in the department for education and once as Natacha Kennedy in equality and diversity reports.

The University also did not clarify why one academic paper appeared to cite Mark Hellen and Natacha Kennedy as co-authors on a paper, when they appeared to be the same person.

A spokesman said: 'Goldsmiths prides itself on its inclusive community and is committed to the values of freedom of speech within the law.'