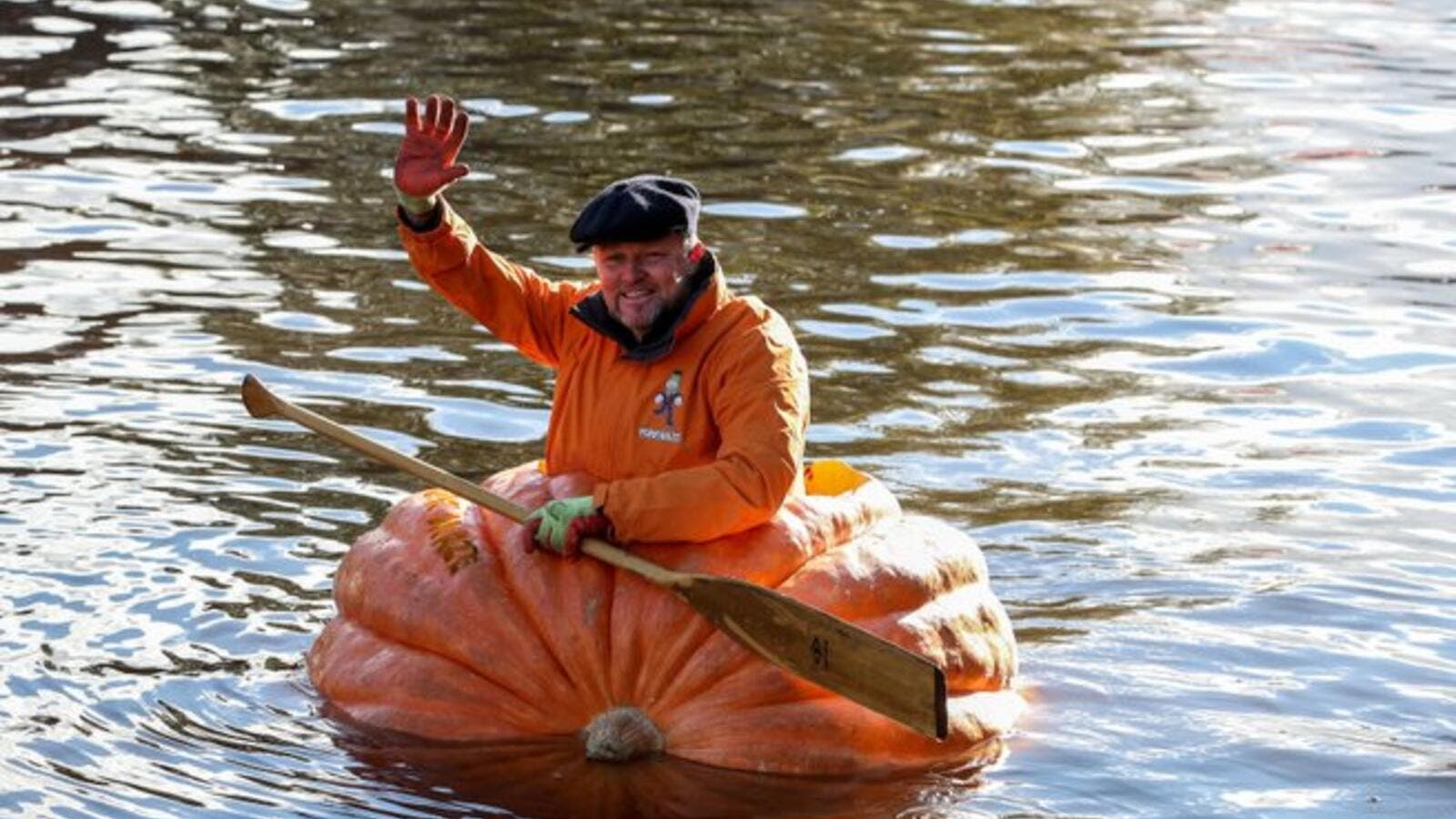 A triumphant Tom Pearcy waves from his pumpkin boat. (Screenshot)

A fall attraction in Britain said it is set a new world record by carving a 1,364-pound gourd into the world's largest pumpkin boat.

The York Maze in England hauled the massive pumpkin to the River Ouse on Monday morning, where maze owner Tom Pearcy paddled it between Ouse Bridge and Skeldergate Bridge.

The attraction posted video of the pumpkin boat's maiden voyage on Facebook.

Officials said they discovered Guinness World Records does not currently have a listing for the largest pumpkin boat.

"York Maze have applied to Guinness World Records to have this new record recognized," a York Maze spokesman told the York Press. "According to our research, the 619kg [1,364 pound] pumpkin to be turned into a boat by York Maze is heavier than any other pumpkin boats that have been reported in the media."

The pumpkin boat was hoisted back out of the water Monday and returned to York Maze, where it will be on display until the end of the attraction's Halloween festival Nov. 4.