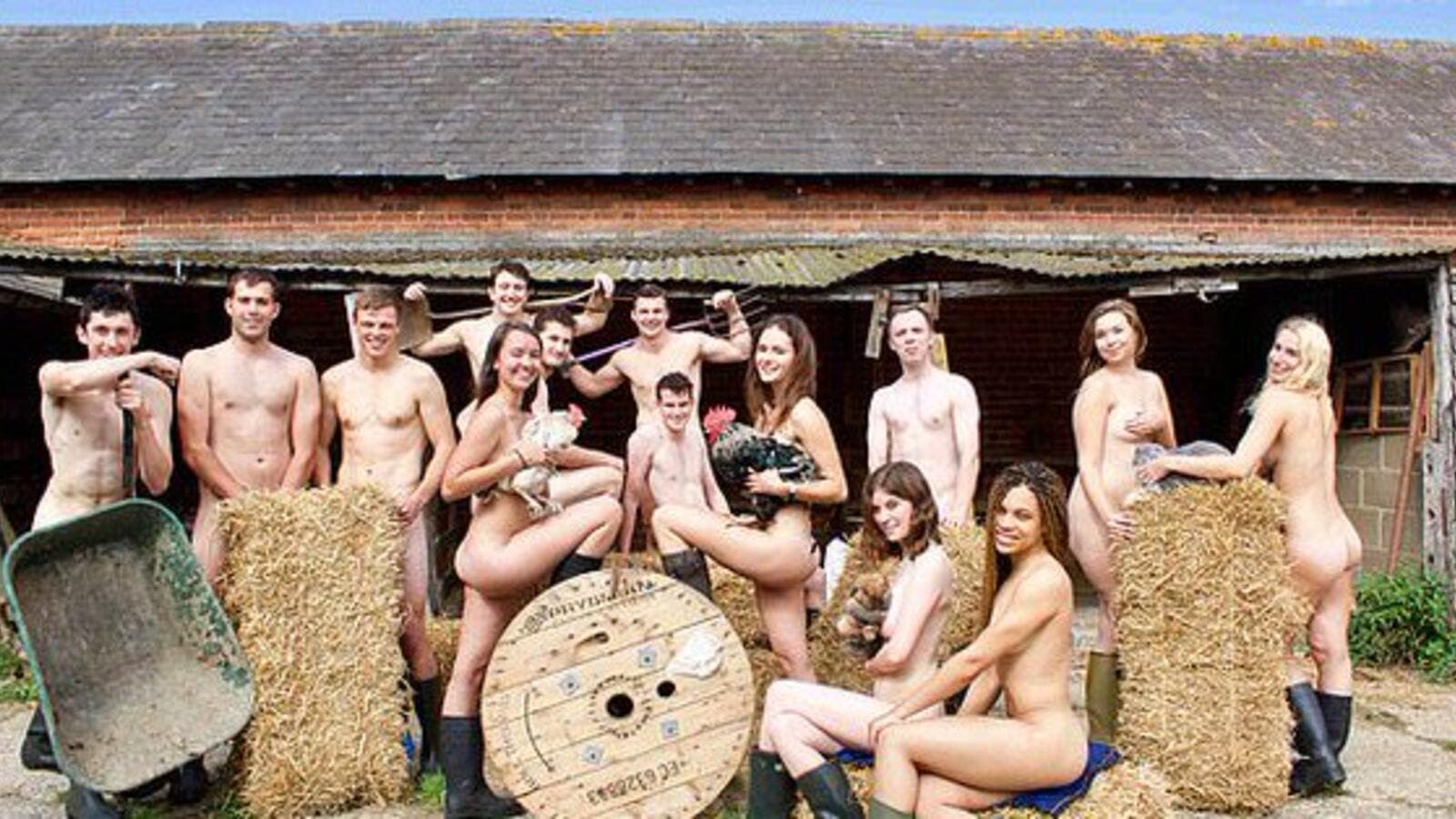 Stripping off! The final-year students from the Royal Veterinary College, London, ditched their scrubs and bared all for the daring charity calendar photo shoot (Twitter)

A group of cheeky student vets stripped naked for a playful charity calendar.

The final-year students from the Royal Veterinary College, London, ditched their scrubs and bared all for the daring photo shoot.

Rather fittingly, the trainee vets used cleverly placed animals to their modesty - with chickens, sheep and dogs all featured in the images.

Funds raised from the £10 ($12) charity calendar, available to buy on eBay, go towards putting on their graduation ball as well as the industry counselling charity, Vetlife.

The calendar was organised by 24-year-old Ben Smith, of Effingham, Surrey, who said it had long been a tradition for students of the Royal Veterinary College (RVC).

He said: 'There was a lot of enthusiasm for it. People were very keen to leave their mark on the RVC.

'Once the camera was out people were a bit more nervous, however we soon warmed up and it was a very relaxed environment.'

One of the images shows three of the trainee vets standing in a field with horses - their bare bottoms faced towards the camera.

Another captures a group sitting around a desk in the office as they examine a small dog while naked.

Veterinary surgeons are three to four times more likely to die by suicide than the average Briton, he explained.

He said: 'Vetlife is there for the hardest hit veterinary professionals that are really struggling or those that have simply had a bad day and need to talk to someone.

'On the phone at Vetlife are real-life vets, nurses and others involved in the profession who have had counselling training, so they really know what they are talking about.'

The RVC is based in London and has a campus near Potters Bar, Hertfordshire.