'Chilli Queen' from China Eats 20 Peppers in One Minute 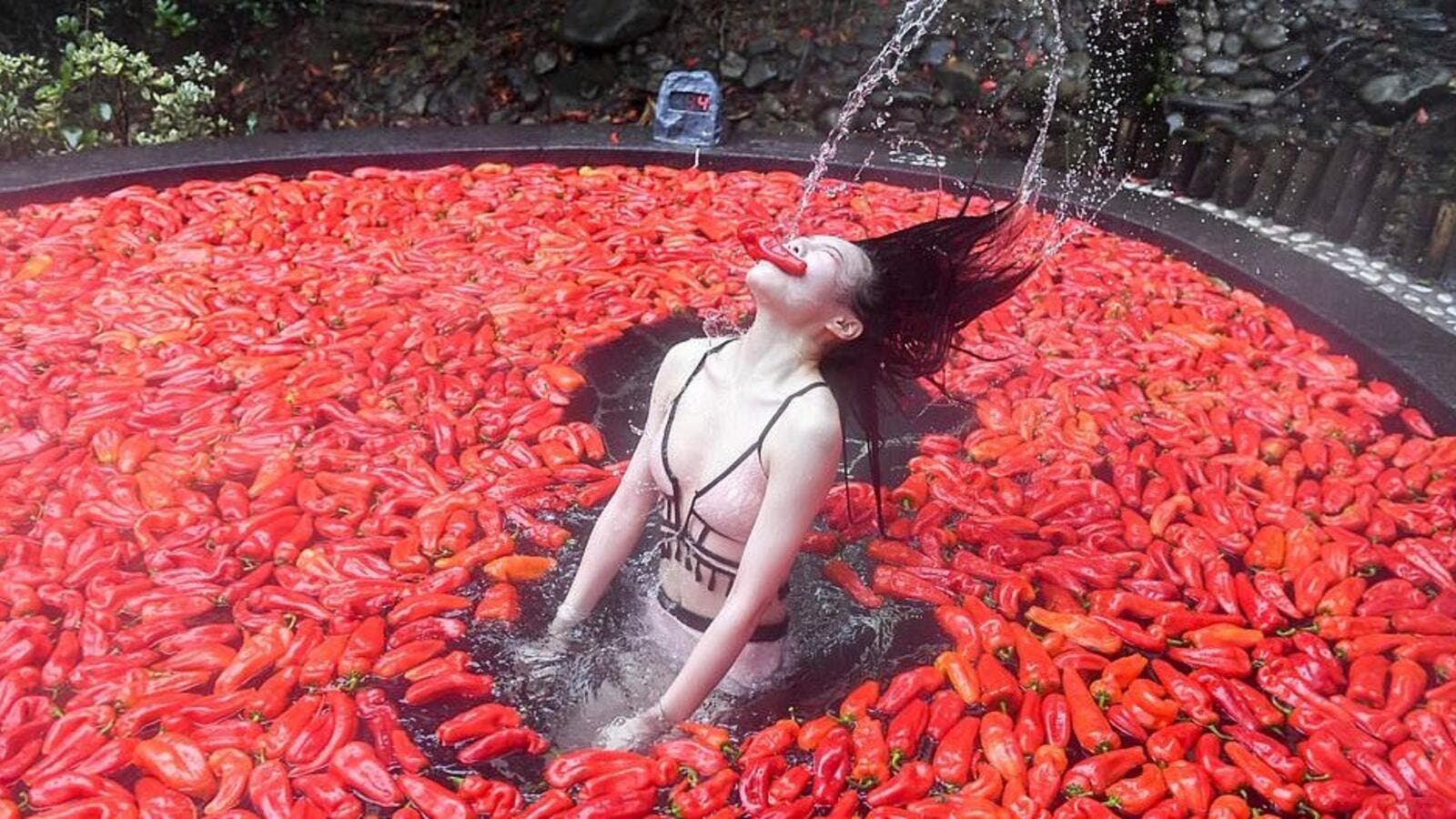 This girl is on fire: A woman takes part in the chilli-eating contest at a scenic spot in Yichun city, Jiangxi province on Sunday (Instagram)

Residents in a city in south-east China found a way to warm themselves up in the biting cold over the weekend.

While temperatures in Yichun city, Jiangxi province dropped to 2C on Sunday, locals and tourists took part in a hot and fiery chilli-eating contest, where participants devour as many of the fiery fruit as possible within a time limit.

Yichun native Yi Huan took home a bar of gold and was crowned 'Chilli Queen' after downing 20 peppers in one minute.

Video and images of the scenic spot show sweaty men and women wading into the shallow hot springs filled with water and tonnes of bobbing chillies.

Excited contestants are seen clutching a plate heaped with dozens of Tabasco chilli peppers and racing to be the first to finish them off while struggling to maintain their composure.

The brave participants are from various spice-loving provinces including Hunan and Sichuan, according to China News.

Despite regularly dining on a cuisine of hot food, the challengers' faces went through a range of expressions as they forced the chillies down in the name of competition.

Hunan cuisine is marked by its spicy peppers and richly coloured dishes, and is considered among China's eight great food traditions, along with Sichuanese, Cantonese and other regional cuisines.

Earlier in July, a theme park in Hunan province held a similar competition where the winner, Tang Shuaihui, managed to finish 50 chillies in one minute.