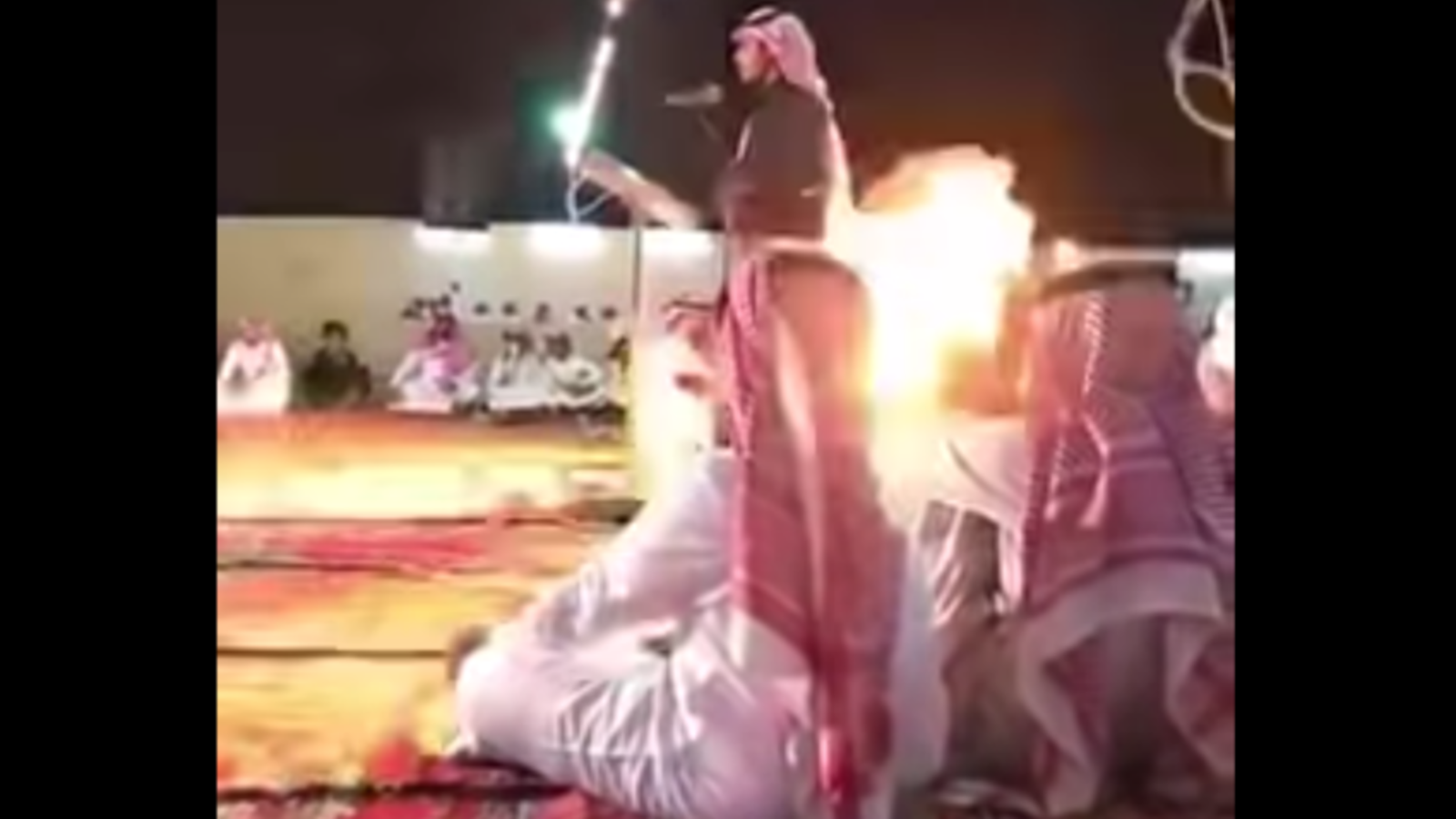 Dozens of men attending a wedding in Saudi Arabia were left bewildered after an explosion rocked their celebrations this week.

The attendees were at a wedding reception in Mecca’s Rabigh city when a cameraman filming the event accidentally put out his cigarette in a gunpowder bag he thought was a rubbish bin.

A 35-second video clip which emerged online showed the Egyptian photographer bend to put out the cigarette while a man using a microphone stood before him speaking to the congregation.

A large flame is soon seen consuming the photographer who was seriously injured in the explosion and is reportedly receiving treatment for critical burns. Two other attendees were in stable condition, reports confirmed.

Traditionally, gunpowder is readily available at Saudi weddings where it used as a key component in the traditional Al Makamee’ gun dance.