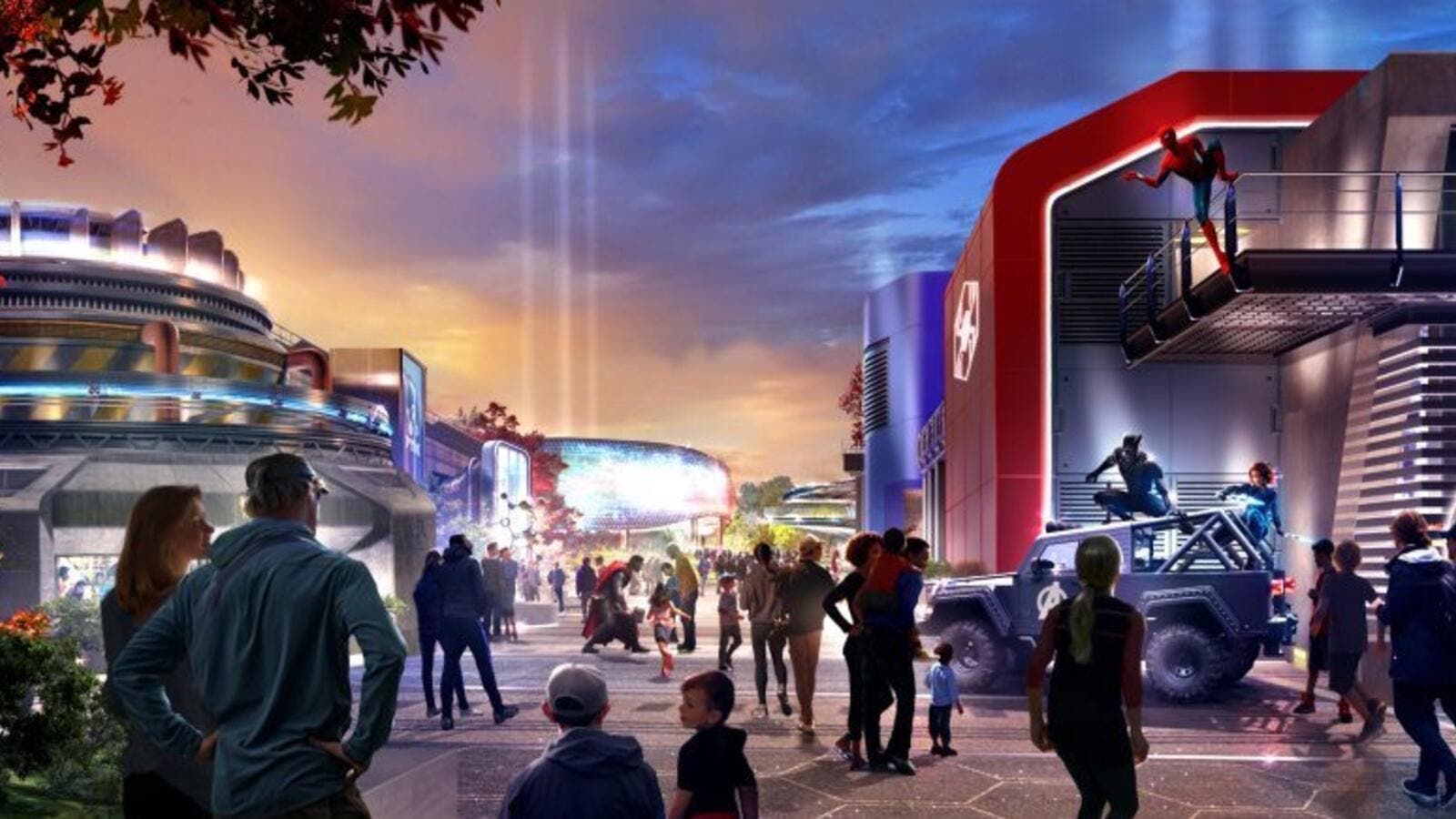 Disneyland Paris has released a brand new image shedding light on what fans can expect at the new Marvel-themed area coming to the Walt Disney Studios Park.

The resort, to the east of the French capital, is bringing the comic book superheroes to life with a roller coaster and a live stage production.

And the new artist's impression of the attraction shows a Spider-Man figure crouching on the top of a building and young visitors meeting caped superheroes.

Disney says the new area will allow guests to encounter the heroes in new and exciting ways, from the 'mystic arts of Doctor Strange to the gravity defying feats of Spider-Man'.

Guests will also experience the latest in Pym Technology with Ant-Man and Wasp and be wowed as Iron Man, Captain Marvel, Black Panther, Captain America and more leap into action.

A new ride will see the current Rock 'n' Rollercoaster starring Aerosmith completely re-imagined into a new attraction where riders will team up with Iron Man and their favourite Avengers on a 'high-speed, hyper-kinetic adventure'.

However, it is not just the theme parks that are being given a comic book-style makeover.

It will feature exclusive artwork and a new design.

Earlier this year Disney announced that it is making a $2billion (£1.75million) investment in its Paris resort.

The Walt Disney Company took full control of the French tourist hotspot business last year and it is the most visited theme park in Europe.

The new development will see three new areas - Marvel, Frozen and Star Wars - at the Walt Disney Studios Park, which will be rolled out in phases, starting in 2021.

Disneyland Paris sits on a 2,230-hectare site about 20 miles east of the French capital, though only half of the site has been developed so far, according to the company's 2016 annual report.

Last week, meanwhile, we reported how Disney gave fans a sneak peek of a new Beauty And The Beast attraction that has incredible animatronic characters that look, almost freakishly, like living cartoon people.

The ride, called the Enchanted Tale, is set to open at Disney's Tokyo park in spring 2020 and the firm has released incredible video footage of what guests can expect.

It shows how Belle and the Beast will come to life thanks to hi-tech animatronics, leaving guests feeling like they have stepped into the movie.