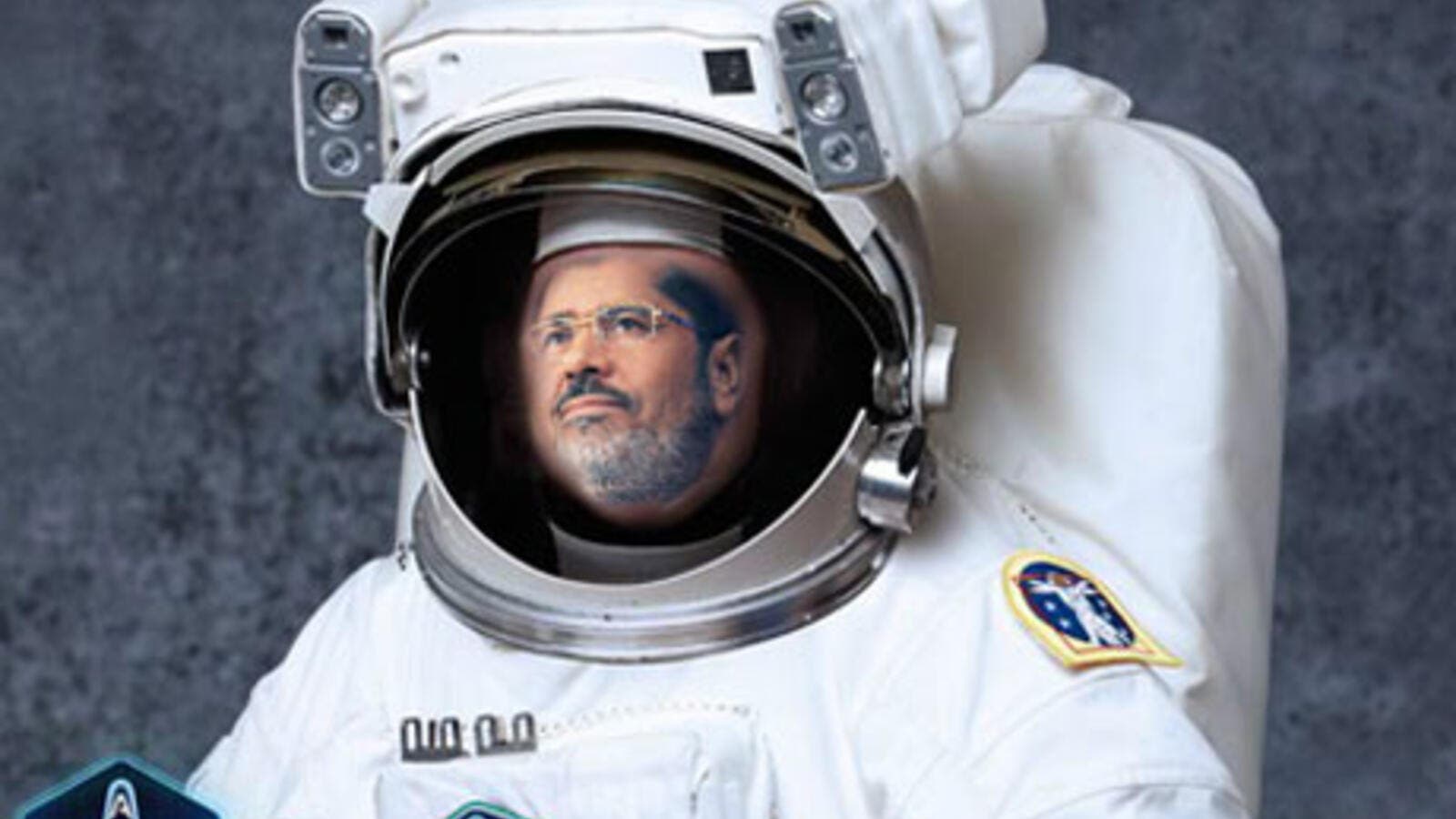 He may not have worked for NASA in his youth but President Morsi could yet find himself in space if an influential Egyptian opposition group has its way.

The April 6 Youth Movement, firm opponents of the president, has nominated him in a competition for a much-coveted seat on a spaceship bound for the Earth's orbit.

The online worldwide contest is run by Axe, a brand of male grooming products. Its call appeared to have garnered support from many, with Morsi making a rapid progress to move into second place with 9,703 votes. Fellow Egyptian Ahmed Haggagovic, a well known adventurer, tops the list with 14,112 votes.

“The president is taking concrete steps towards space. Your support is vital to transmit our renaissance experience to our sister-planets,” the 6 April Movement, which played a key role in organising the protests which eventually toppled autocrat Hosni Mubarak in 2011, said on its Facebook page.

Morsi was ridiculed by his opponents after claiming during his election campaign that he used to work as an adviser for NASA. He later denied that he had worked for the US space agency.

The 6 April Movement has staunchly opposed Morsi and the Muslim Brotherhood, from which he hails, during the past few months for what it believes as their attempts to monopolize power.

Morsi’s critics also argue that he failed to deliver on his promises during his first seven months in office.

His trip to the space might give him the chance to replicate his Egyptian success, but in another part of the universe, 6 April believes.

“If Morsi got your votes, he would travel to the moon and rule there. Definitely, he will find people there who would be patient and kind and would accept murder, tyranny and dictatorship,” the group said.

What do you think of the plans to send Morsi into orbit? Would you like to get him out of this world or do we need him on earth? Share your comments with us below!