The space race is on: Israel and Iran go head to head with their orbital ambitions 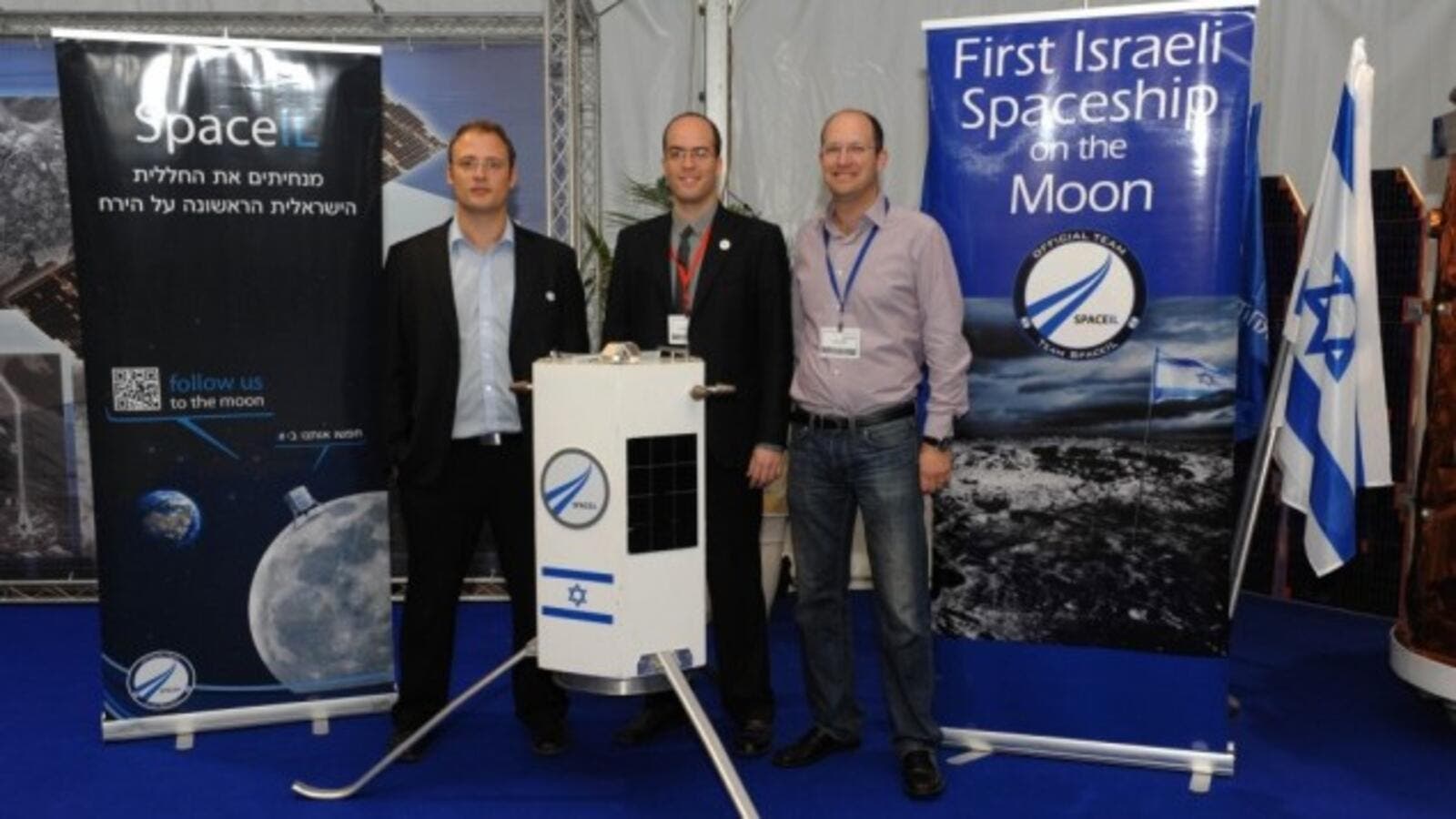 Three of SpaceIL's founders -- Yariv Bash, Yonatan Winetraub, and Kfir Damari -- with a model of the spacecraft they propose to send to the moon (photo: Times of Israel / Alon Hadar)
Iran has been stealing the spotlight in the space stakes in recent weeks, with the successful launch and return of its resident simian astronaut, Pishgam. But while the Persian nation has been waxing lyrical about plans to get a man into orbit by 2020, its political nemesis, Israel, has been working hard to make its own space ambitions a reality five years earlier.

While the world has been watching Iran monkeying around, few have paid attention to Israeli space foundation, SpaceIL.

The nonprofit organization is currently working on making Israel the fourth country to successfully build, launch and land a space capsule onto the moon.

And with plans to make it there by 2015, it looks like the Jewish state could beat Iran to the punch.

Many have been quick to brush off SpaceIL's out of this world ambitions but according to head of commercial marketing, Enon Landenberg, it is no laughing matter.

"SpaceIL is not only not a joke, it will set the agenda for science education and research in Israel in the future,” Landenberg told the Times of Israel on Monday.

Spurred on by political ally, the USA, scientists at SpaceIL dream of raising an Israeli flag next to Neil Armstrong's bootprint.

“Israel is ripe for a revolution like that, and SpaceIL is going to make it happen.”

The inspiration behind SpaceIL's orbital dreams came from Google contest, LunarX, which, in a bid to jump-start private lunar exploration, promised an award of $30 million to any team that could land an unmanned, robotic craft on the moon.

However, according to Margalit, the project has now moved beyond the parameters of the contest: “It’s become a national mission that will inspire a generation of kids to embrace science and technology.”

With Iran and Israel ready to go head to head, it looks like the world could have a new space race on its hands.

Who will be first to achieve their orbital ambitions? Share your comments with us below!