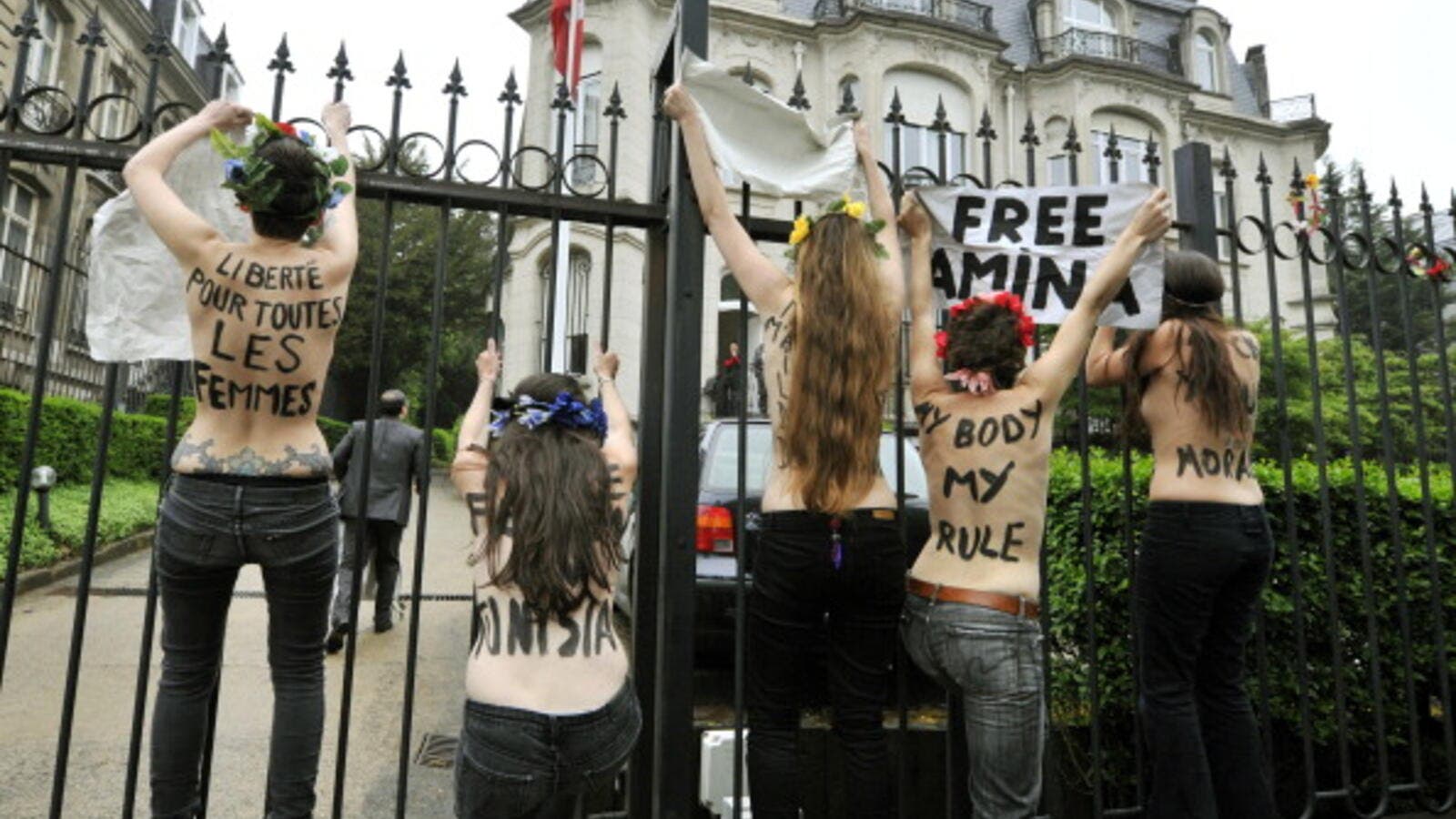 FEMEN activists protest outside the Tunisian embassy in Brussels on Thursday after three of their bare-breasted companions get jailed in Tunis.

Three young European women with topless protest group FEMEN were arrested on Wednesday after baring their breasts in central Tunis, a first in the Arab world, an AFP journalist reported.

Standing outside the main courthouse, the women, two French and the other German, shouted: "Free Amina," in support of a young Tunisian woman detained while protesting against hardline Islamists and awaiting trial on Thursday.

The police swiftly arrested them and took them inside the building, before a crowd of journalists.

"It is the first action that we have taken in the Arab world... I prepared this international team in Paris and they were sent yesterday (Tuesday) to Tunis," FEMEN's leader in Paris, Inna Shevchenko, told AFP by phone.

Indecency in Tunisia is punishable by six months in jail.

"We don't take any notice of this kind of thing. In these countries the law is applied as it suits (those in power). In Tunisia, we see that people run the risk of two years in prison just for simple graffiti," she added.

The 18-year-old Tunisian known by her pseudonym Amina Tyler was arrested in the city of Kairouan on May 19, the day that Salafist movement Ansar al-Sharia planned to hold an illegal congress there, after painting the word "FEMEN" on a wall near a cemetery.

She faces a pepper spray charge which carries a maximum sentence of six months in prison.

On March 23, Tyler posted topless pictures of herself online in a FEMEN-influenced action to protest women’s rights violations in the region.

Tyler went into hiding from fear of death threats sent to her following the release of her photos.