Frankenstein: Making of a Monster Through Electricity 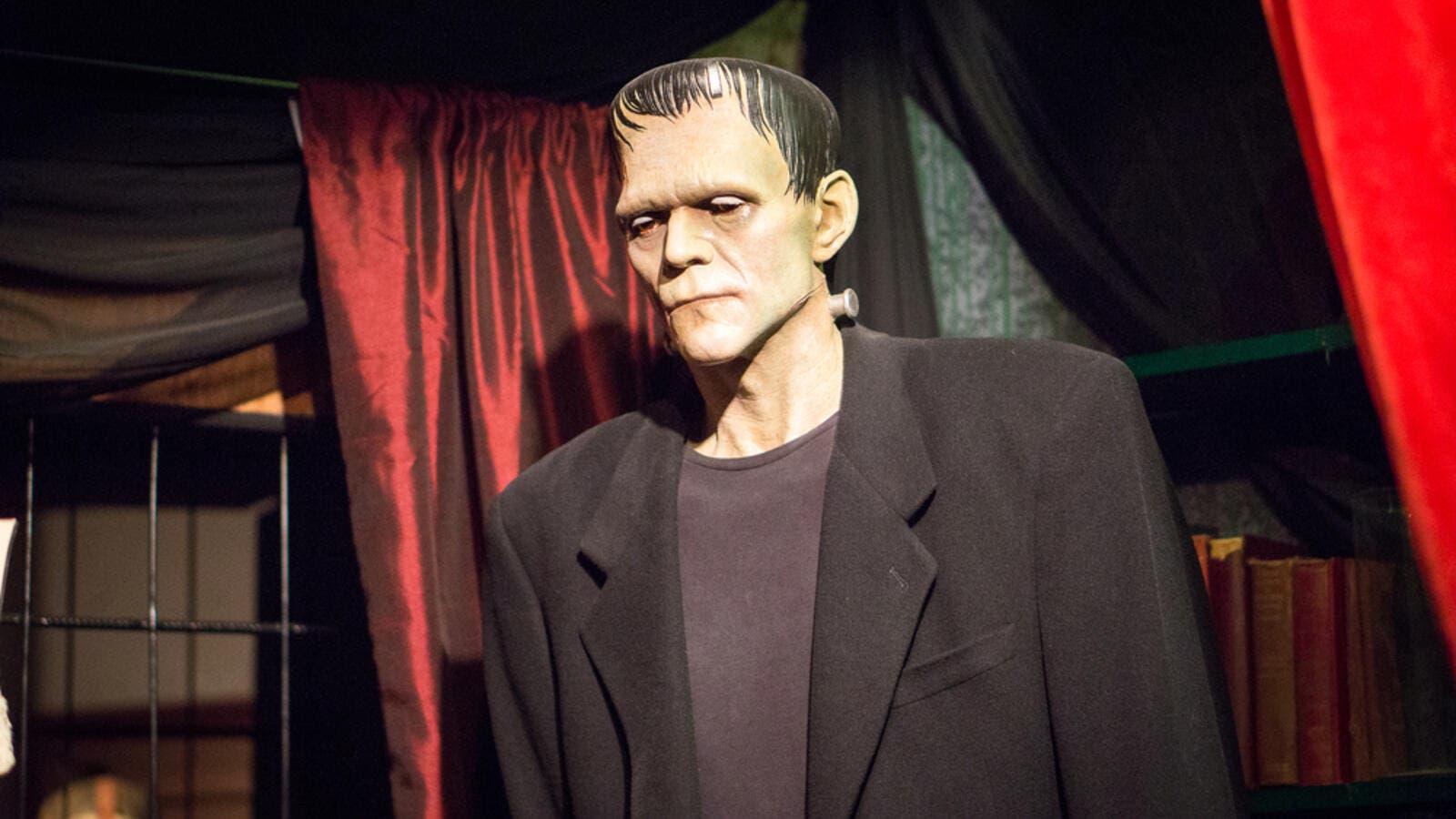 On January 17 1803, a young man named George Forster was hanged for murder at Newgate prison in London.

After his execution, as often happened, his body was carried ceremoniously across the city to the Royal College of Surgeons, where it would be publicly dissected.

What actually happened was rather more shocking than simple dissection though - Forster was going to be electrified.

The experiments were to be carried out by the Italian natural philosopher Giovanni Aldini, the nephew of Luigi Galvani, who discovered 'animal electricity' in 1780, and for whom the field of galvanism is named.

With Forster on the slab before him, Aldini and his assistants started to experiment.

On the first application of the process to the face, the jaw of the deceased criminal began to quiver, the adjoining muscles were horribly contorted, and one eye was actually opened.

In the subsequent part of the process, the right hand was raised and clenched, and the legs and thighs were set in motion.

It looked to some spectators 'as if the wretched man was on the eve of being restored to life.'

By the time Aldini was experimenting on Forster the idea that there was some peculiarly intimate relationship between electricity and the processes of life was at least a century old.

Isaac Newton speculated along such lines in the early 1700s.

In 1730, the English astronomer and dyer Stephen Gray demonstrated the principle of electrical conductivity.

Gray suspended an orphan boy on silk cords in mid air, and placed a positively charged tube near the boy's feet, creating a negative charge in them.

Due to his electrical isolation, this created a positive charge in the child's other extremities, causing a nearby dish of gold leaf to be attracted to his fingers.

In France in 1746 Jean Antoine Nollet entertained the court at Versailles by causing a company of 180 royal guardsmen to jump simultaneously when the charge from a Leyden jar (an electrical storage device) passed through their bodies.

It was to defend his uncle's theories against the attacks of opponents such as Alessandro Volta that Aldini carried out his experiments on Forster.

Volta claimed that 'animal' electricity was produced by the contact of metals rather than being a property of living tissue, but there were several other natural philosophers who took up Galvani's ideas with enthusiasm.

Johannes Ritter even carried out electrical experiments on himself to explore how electricity affected the sensations.

The idea that electricity really was the stuff of life and that it might be used to bring back the dead was certainly a familiar one in the kinds of circles in which the young Mary Wollstonecraft Shelley – the author of Frankenstein – moved.

The English poet, and family friend, Samuel Taylor Coleridge was fascinated by the connections between electricity and life.

Writing to his friend the chemist Humphry Davy after hearing that he was giving lectures at the Royal Institution in London, he told him how his 'motive muscles tingled and contracted at the news, as if you had bared them and were zincifying the life-mocking fibres'.

Percy Bysshe Shelley himself – who would become Wollstonecraft's husband in 1816 – was another enthusiast for galvanic experimentation.

Some commentators poked fun at the idea that electricity could restore life, laughing at the thought that Aldini could 'make dead people cut droll capers'.

Others took the idea very seriously.

Lecturer Charles Wilkinson, who assisted Aldini in his experiments, argued that galvanism was 'an energising principle, which forms the line of distinction between matter and spirit, constituting in the great chain of the creation, the intervening link between corporeal substance and the essence of vitality'.

In 1814 the English surgeon John Abernethy made much the same sort of claim in the annual Hunterian lecture at the Royal College of Surgeons.

Abernethy claimed that electricity was (or was like) the vital force while Lawrence denied that there was any need to invoke a vital force at all to explain the processes of life.

Both Mary and Percy Shelley certainly knew about this debate – Lawrence was their doctor.

By the time Frankenstein was published in 1818, its readers would have been familiar with the notion that life could be created or restored with electricity.

Just a few months after the book appeared, the Scottish chemist Andrew Ure carried out his own electrical experiments on the body of Matthew Clydesdale, who had been executed for murder.

When the dead man was electrified, Ure wrote, 'every muscle in his countenance was simultaneously thrown into fearful action; rage, horror, despair, anguish, and ghastly smiles, united their hideous expression in the murderer's face'.

Ure reported that the experiments were so gruesome that 'several of the spectators were forced to leave the apartment, and one gentleman fainted'.

It is tempting to speculate about the degree to which Ure had Mary Shelley's recent novel in mind as he carried out his experiments.

His own account of them was certainly quite deliberately written to highlight their more lurid elements.

Frankenstein might look like fantasy to modern eyes, but to its author and original readers there was nothing fantastic about it.

Just as everyone knows about artificial intelligence now, so Shelley's readers knew about the possibilities of electrical life.

And just as artificial intelligence (AI) invokes a range of responses and arguments now, so did the prospect of electrical life – and Shelley's novel – then.

The science behind Frankenstein reminds us that current debates have a long history – and that in many ways the terms of our debates now are determined by it.

It was during the 19th century that people started thinking about the future as a different country, made out of science and technology.

Novels such as Frankenstein, in which authors made their future out of the ingredients of their present, were an important element in that new way of thinking about tomorrow.

Thinking about the science that made Frankenstein seem so real in 1818 might help us consider more carefully the ways we think now about the possibilities – and the dangers – of our present futures.