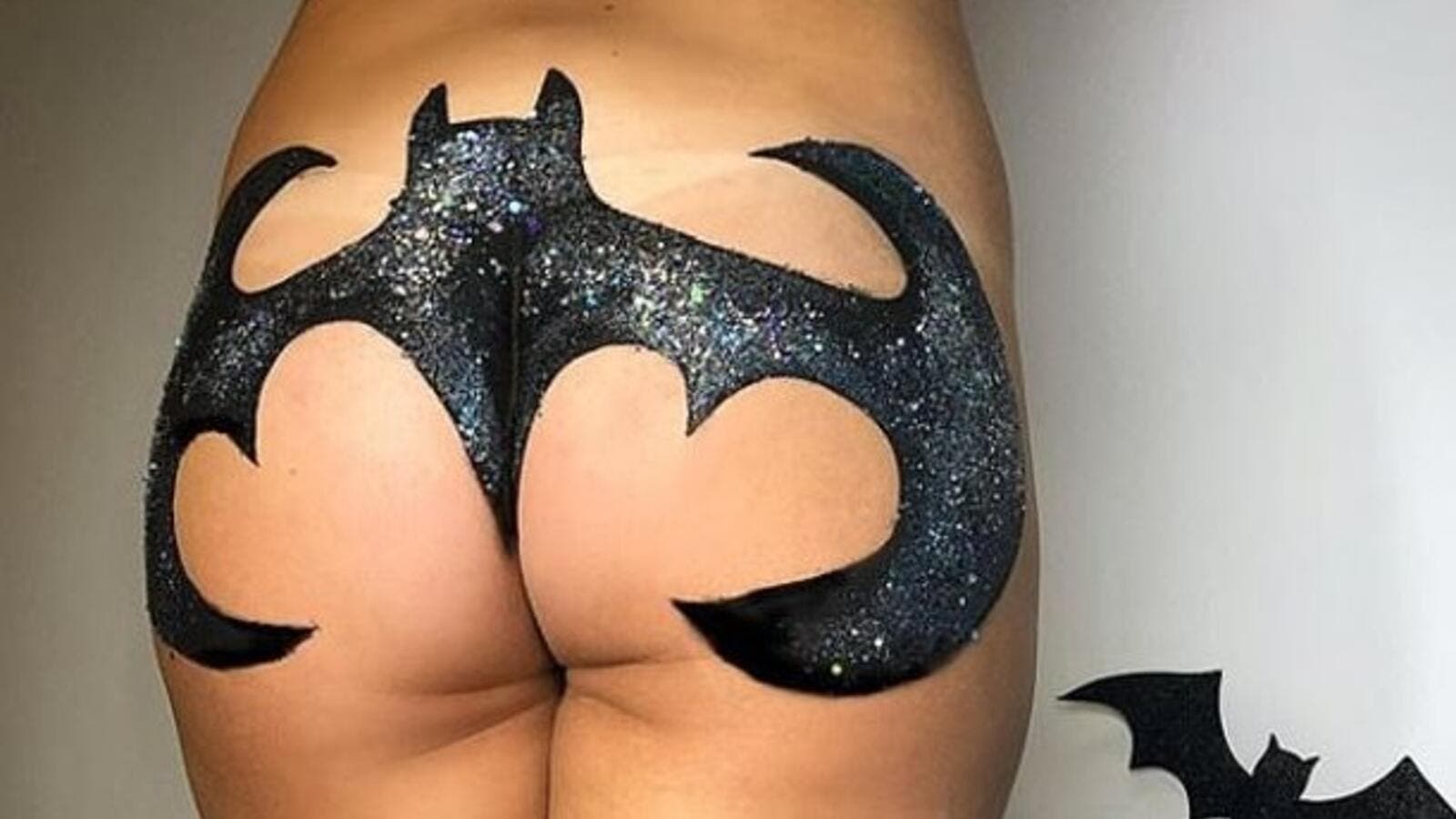 Glitter boobs were all the rage over the summer, taking over the festival scene with sparkling determination- but this Halloween glitter bums included bats and other spooky creations, as shown on Go Get Glitter's account (Instagram)

Glitter boobs were all the rage over the summer, taking over the festival scene with sparkling determination.

And now there is an new trend sweeping Instagram for Halloween, in the form of spooky 'glitter bums'.

Picked up on ITV's Lorraine on Wednesday, many designs come in the form of pumpkins painted onto party goer's derrieres- named 'bumpkins'.

The morning talk show flashed up pictures of three perky posteriors painted with intricate glitter pumpkins, which have received hundreds of likes on Instagram, asking if it was a step too far.

The trend was originally kicked off by make-up artist Sophia Levy, co-founder of Go Get Glitter.

Speaking to Marie Claire, she explained: 'The glitter bum trend we started is so popular, we wanted to find a way to tie it in with the Halloween content we have been creating.

'Our peach bum was, and still is, one of our most popular looks, so we wanted to recreate it with a Halloween twist!'