Have You Ever Seen Ice Shards? Look Closer 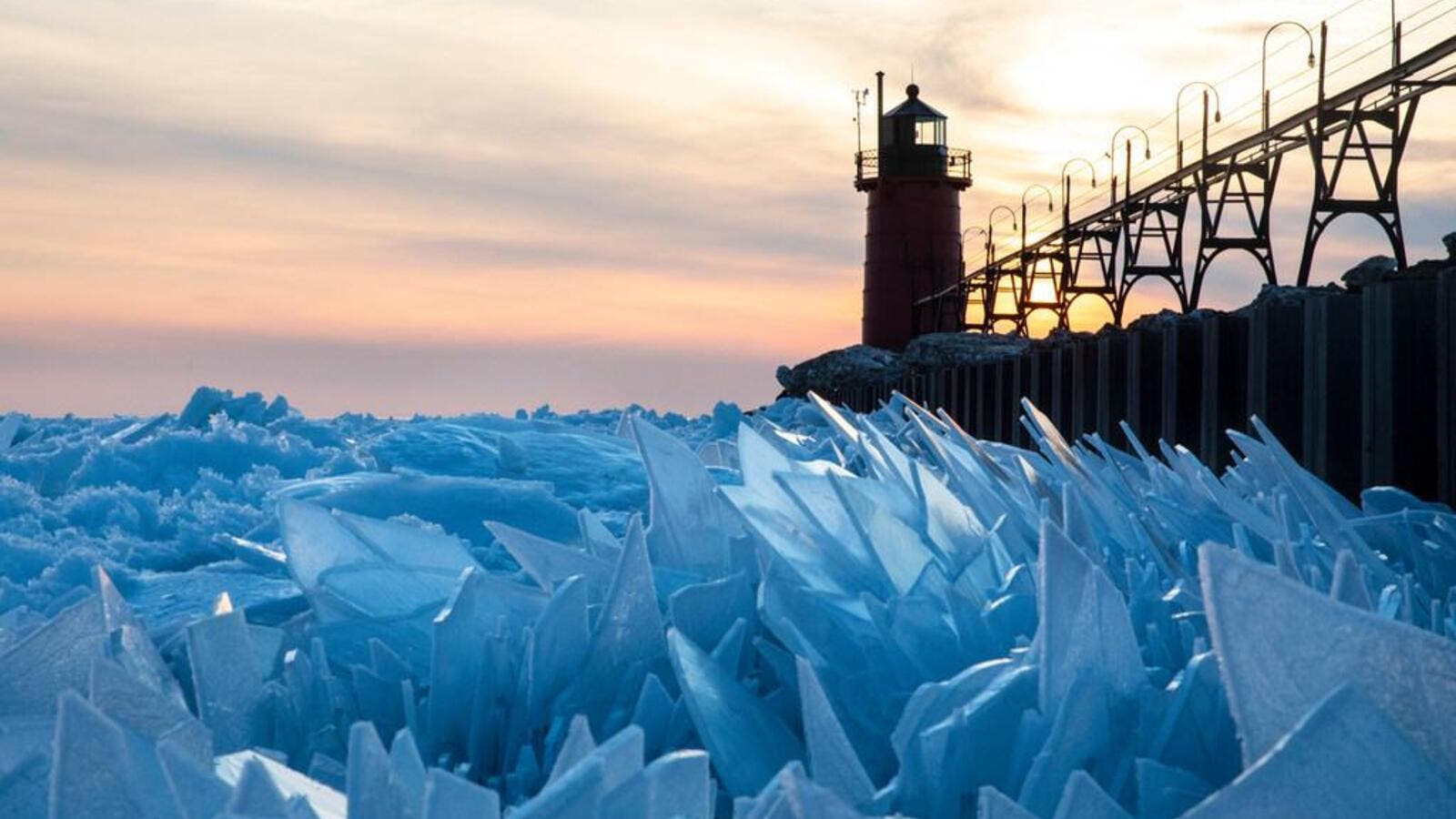 Lake Michigan covered in gorgeous shards of ice as Spring onset is on the road. (Twitter)

The onset of spring has left Lake Michigan covered in gorgeous shards of ice.

Melting water on the lake has frozen in place, looking like a mosaic of blue tiles or preserved waves.

The phenomenon is caused by water that is currently moving underneath the ice as Lake Michigan begins to thaw.

The lake is melting quickly, causing the water to push up sheets of ice to the surface, according to MLive.com.

These ice shards have begun stacking up against each other, creating a gorgeous sight that could be seen from the pier at South Haven, Michigan on Tuesday.

But while the shards make look solid, the US Coast Guard has asked residents to appreciate the view from afar.

'No ice is safe ice especially this time of year,' it told the site. 'The ice is certainly deteriorating and breaking up.'

Fifty-six percent of Lake Michigan was covered by ice at the beginning of the month.

And this wasn't the only incredible sight the lake offered up before winter's end.

Just last week hundreds of people traveled to the small northern Michigan town of Petoskey to catch a glimpse of a submerged life-sized statue of Jesus Christ on the cross.

Severe weather has prevented anyone from seeing the 11ft and 1,850 lb marble statue since 2015, when a record-sized crowd of 2,021 people stood in line for hours in frigid temperatures to get a peek.

There was no guarantee visitors would get to see the cross this year, but this time, their prayers were answered.

Workers had to cut a hole through the ice last Saturday so that an estimated 1,200 sightseers could see the giant Jesus.

The statue, which was made in 1956, has become a shrine to honor those who have died on the water. The first public viewing of the idol took place in 1986.