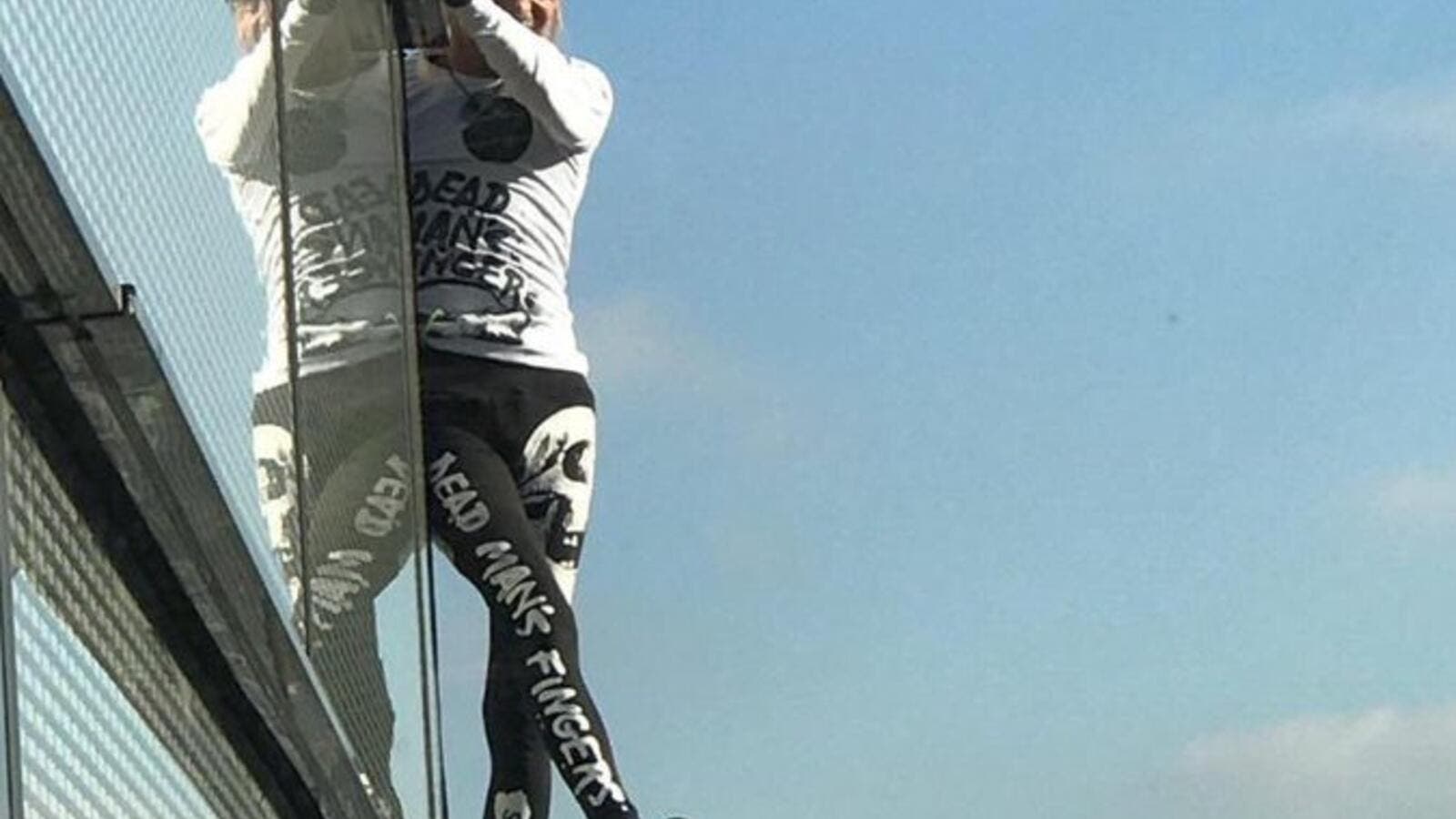 Alain Robert, known as the "Human Spider," climbed the 754-foot tall Heron Tower in London, Great Britain, on Thursday without any safety gear or rope.

Robert, who has previously scaled the Burj Khalifa in Dubai and The New York Times building, reached the top of the 46-floor skyscraper using chalk on his hands, tape on his fingers and thin gloves.

"I'm not crazy," he told Sky News. "What I'm doing may seem crazy but I'm not that crazy."

Local police arrested Robert for causing a public nuisance. The stunt brought traffic around the building to a halt as onlookers witnessed and recorded what was happening.

"The incident this afternoon has had a considerable impact on police, other emergency services and the local community. Our officers, the London Fire Brigade and the London Ambulance Service all attended this incident taking them away from genuine emergencies," London police commander Karen Baxter said in a statement.

Heron Tower is the third-tallest building in London, behind the 50-floor One Canada Square and the 95-floor The Shard.