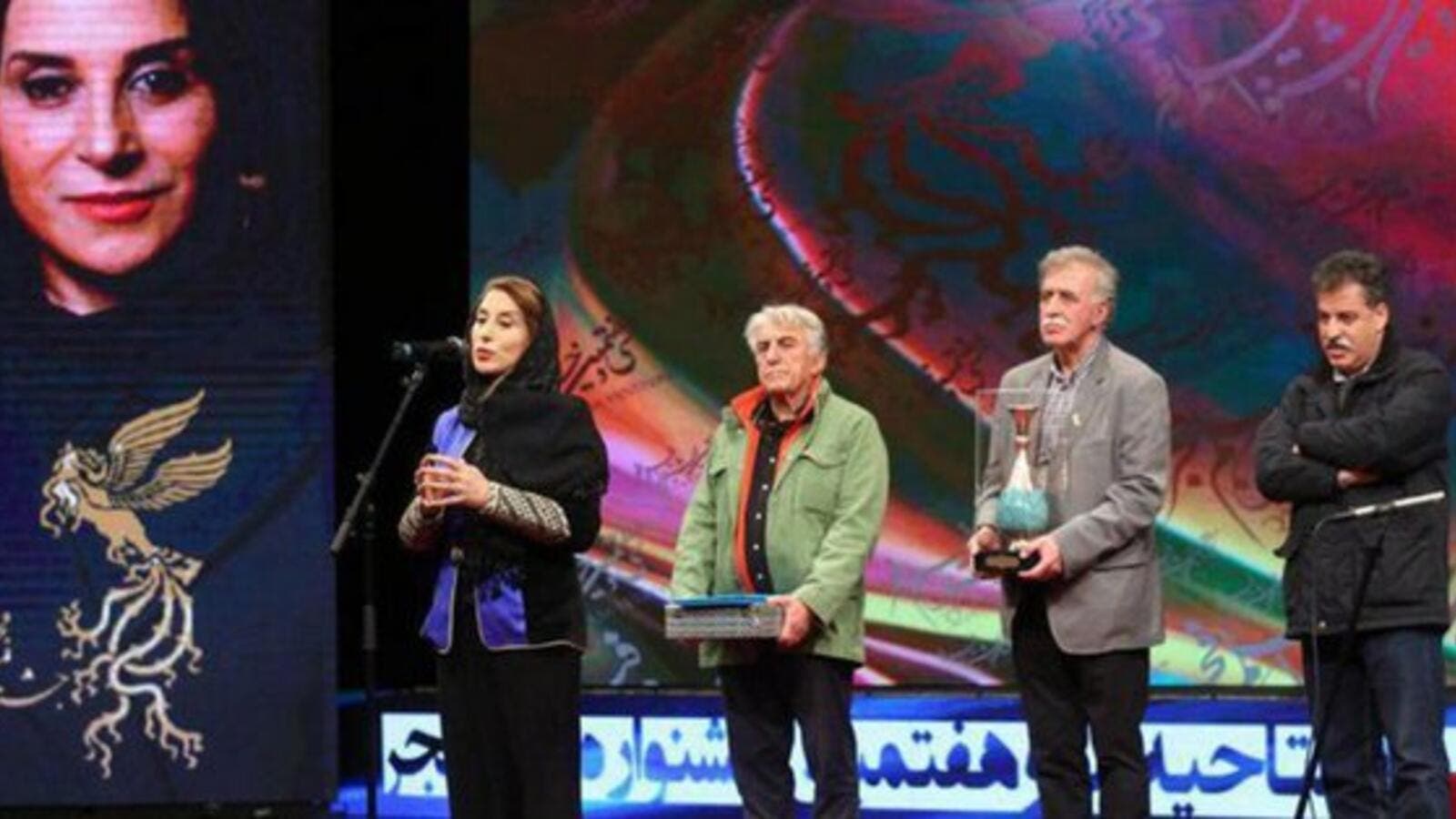 The 37th edition of the Fajr Film Festival, Iran’s major film event, opened at the Tehran Theater Complex on Tuesday night during a ceremony blended with filmmaker Masud Kimiai’s nostalgia for “the days of snow, coldness and SAVAK.”

A highlight of the opening ceremony was that Minister of Culture and Islamic Guidance Seyyed Abbas Salehi declined host Mansur Zabetian’s call for making a speech, which is always warmly welcomed by Iranian officials in all meetings.

“I asked the minister to deliver a speech, but he said, ‘we should be a listener during the meetings, at which artists are in attendance,” Zabetian addressed the audience, which broke into loud applause.

Farmanara and Kimiai came to the stage to present Ganjavi the award.

In his short speech, Kimiai pointed to his collaboration with Ganjavi in “The Soil”, “The Journey of the Stone”, “Gavaznha” and several other movies he produced before the 1979 Islamic Revolution, and said “He is marvelous. We spent many hard days with each other; days of snow, coldness and SAVAK [the Shah’s intelligence services].”

Farmanara also pointed to an Instagram video that depicts several persons mocking veteran actress Shahla Riahi who is suffering from Alzheimer’s disease and asked people to be respectful of their elders and cultural luminaries.

In his acceptance speech, Hamidnejad thanked film critics Hushang Golmakani, Masud Mehrabi, Khosro Dehqan and Hamid Sediqi who acclaimed his 1991 war drama “Hoor on Fire” and said, “They encourage me to make my next movie.”

Graphic designer Haqiqi said that his collaboration with the Fajr festival began in 1982 when he created a poster for the second edition of the event. He is the designer of the festival’s Simorgh trophy.

Actress Motamed-Arya also criticized certain people, which lash out at cinema and accuse it of laxity, “The Iranian cinema community is a lovely respected family that believes in all values.”

“Our cinema is viewed in the world as the greatest cultural herald, as a result it is increasingly under attack,” she stated.

Khosroshahi who has given his voice to film stars such as Alain Delon, Al Pacino and Amitabh Bachchan also lamented that dubbing has always been ignored in Iran and asked the culture ministry to regard the profession.

The organizers also paid tribute to Ezzatollah Entezami, the veteran actor of stage and screen who died in August 2018 at the age of 94, during the opening ceremony.

The Fajr Film Festival will run until February 11.