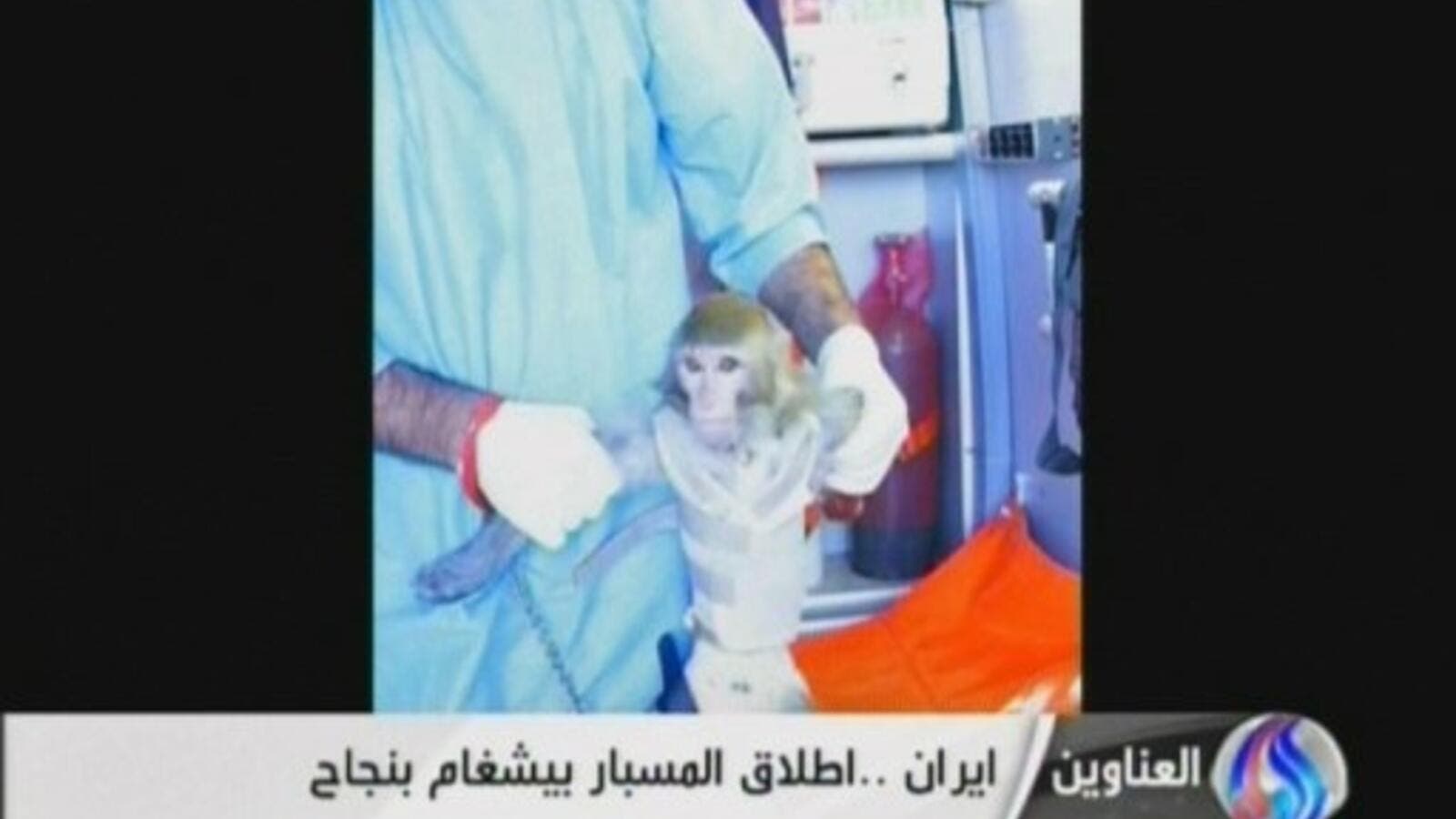 One of the photos released of Iran's simian astronaut (Photo: AFP / Al-Alam TV)

Since 1969, conspiracy theorists have probed America’s moon landing, calling the ‘giant leap for mankind’ nothing more than a hoax. But in 2013 a new space mission has taken conspirators’ attention away from Armstrong’s mission and on to furrier concerns.

Last month, Iran claimed to have taken a ‘big step’ toward sending its own astronauts into orbit by 2020, after successfully launching a monkey into space.

At the end of January, Iranian media reported that the primate had returned to earth in good health, after traveling in a capsule to an altitude of 120 kilometers for a suborbital flight.

However, celebrations were short-lived for Iran’s simian astronaut, as eagle-eyed space enthusiasts across the globe pointed out that the official pictures of ‘mission monkey’ didn’t add up.

Photos released by Iran’s state media showed two different monkeys: one with dark hair and the other with light gray hair and a distinctive red mole over its right eye.

The confusion led some international observers to speculate that the mission had failed and the monkey had died in space. Others said the entire episode was a hoax.

But Iran is sticking to its story and claims to have a simple explanation for the mix-up.

Senior Iranian space official, Mohammad Ebrahimi, told the Associated Press: "Some of the photos released by one of news agencies were not related to the time of flight. They were archive photos of the monkeys being prepared for the launch."

According to Ebrahimi, three to five monkeys were simultaneously tested for the flight but Pishgam (Farsi for ‘pioneer’) proved best suited for the mission.

"I say this with certainty that the monkey is in good health and the space flight didn't have any physical effect on Pishgam," he said.

However, others have posited a different explanation.

Jonathan McDowell, a Harvard astronomer who tracks rocket launchings and space activity, claimed the monkey with the mole was in fact the victim of a failed space mission in 2011.

"The monkey with the mole was the one launched in 2011 that died. The rocket failed. It did not get into space," McDowell said.

"They just mixed that footage with the footage of the 2013 successful launch," he added.

But with Iran yet to own up to the failed launch and many unsatisfied with the official explanation for the mix-up, the mystery of ‘mission monkey’ looks set to continue.
Do you think 'mission monkey' was a hoax? If not, how would you explain the photo mix-up? Share your comments with us below!