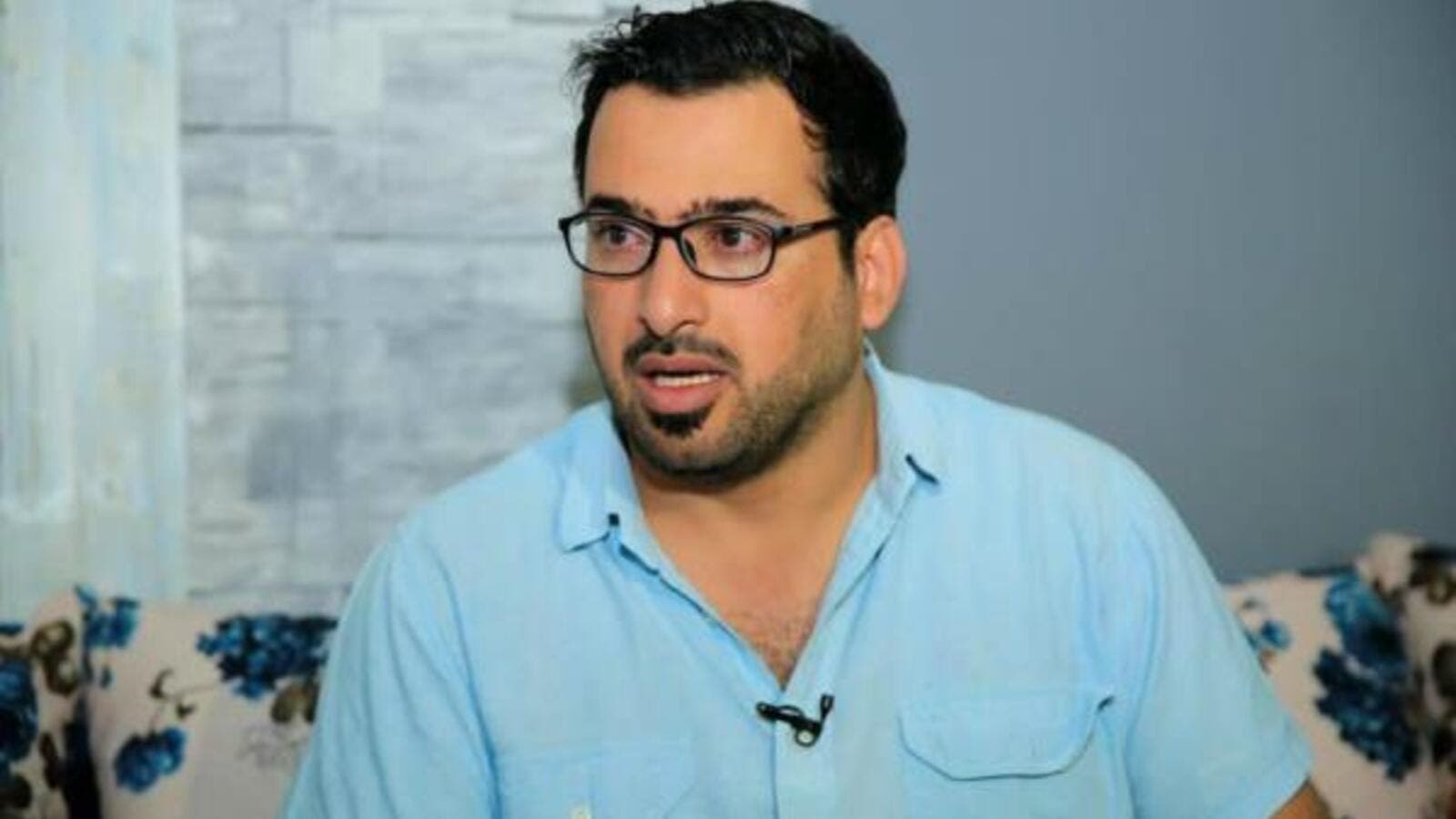 His move, which he describes as "the biggest insult in the Arab and Eastern world" elevated him to fame as the man who defied the US invasion of Iraq in the most Arab way he could think of.

On December 14, 2008, during a press conference in Baghdad, al-Zaidi made global headlines. "This is a kiss from the Iraqi people," he shouted just before he was tackled.
Looking back, ten years later, he remembers the treatment in jail that followed the shoe-throwing. "On the day of the anniversary on Friday, one thing that I wasn't able to forget was the pain from when they tortured me," Muntadher told The New Arab.

"But at the same time, I remembered it as a day that I brought justice to the Iraqi people. I spent the day replying to people on social media and I also took my daughter out to give her some fresh air," he added.

While it was seen as a spontaneous burst of anger at the Bush administration's invasion and occupation of Iraq, Al-Zaidi had been planning the moment for years.

"I had to prepare everything because I was expecting to be martyred," he said. "I wrote a will in preparation of this moment and everything."

While he didn't die, the torture he endured left him in excruciating and enduring pain. For those watching the shoe-throw on TV, it looked like he was tackled to the floor, but al-Zaidi said what followed was worse.

"The torture began in the hall that the press conference took place. They broke my teeth and my nose at that moment and then they took me away only to beat me with a pipe. Then they broke my leg."

Many Arabs celebrated the anniversary as marking an event that depicted the true opinion of what they thought of America's foreign policy.

Not only was the shoe-throw a symbol of how the Iraqi people felt about the US occupation, the meaning of throwing a shoe has a huge cultural connotation.

"Throwing a shoe at someone in the Arab and Eastern world is the biggest insult to an enemy, or to someone you resent," al-Zaidi said.

"George Bush lied on the international front when he said at a press conference that the Iraqi people would welcome the American army with flowers - something that many people across the world believed.

"I wanted to show everyone what 'flowers' he would actually be receiving and expose this very lie that the media tried to portray."

Even the choice of shoe was made carefully.

"I first put on a new pair of shoes, but I removed them and wore an old pair instead," al-Zaidi explained.

"I realised those pair of shoes came with me when I visited houses that had been destroyed by the war, victims of the violence and when I walked past dead bodies. That pair of shoes had the suffering of my people on their soles."

Despite acting out of a genuine intent to show the world what the Iraqi people thought of the brutal US invasion, al-Zaidi said he accepted his fate.

"I did something and I accept that, no matter what, the price has to be paid."

After having his nose, leg and teeth broken, al-Zaidi endured yet more torture. "They took me to prison where I was [given electric shocks] and at 2am they took me to an isolated home in the Khadra'a area where they started to hit me and waterboard me.

"Then they started to throw cold water at me during the winter and they accused me of committing a number of crimes," he added.

The whole experience still feels vivid, but it's a memory without happy connotations. Iraq is even worse off today:

"I still feel like this day was yesterday. But I feel sad because there are more than one million Iraqis dead, more than five million orphans.

"I feel pain because the corrupt are the ones who make up the political elite in Iraq," he added.

Despite the respect and accolades al-Zaidi received within Iraq and around the world, he remains modest.

"I said this even in my first press conference after I left prison - I am not a hero, rather I am an oppressed man who is witness to his people being killed, his country's invasion and the US soldiers repressing our great people on a daily basis.

"However for those who stood by me and believe me to be a hero, I take their beautiful words as a great honour that shows me and the Iraqi people that the whole world stands against the invasion, with the first being the American people who were against their country's brutality."

'I wish I did more than throw a shoe'

Does he have any regrets?

"I do not regret throwing the shoe," he said. "My regret is that all I did was throw one shoe and not have more legs so I can throw three, or four or five," he said.

"I regret not liberating the world from this bloodthirsty criminal and putting him behind bars.

"Iraq is suffering because of the politics of America and the British who worked with America in conspiring against the Iraqi people. The governments of all countries who were complicit in the Iraq invasion should all apologise and give us compensation."

Along with wanting to hold George Bush to account, al-Zaidi said he also wants the British people to bring former Prime Minister Tony Blair to justice for his role in alleged war crimes.

"After ten years, I tried to enter the Iraqi parliament to wage a war on the bribery and political corruption in my country and I wanted to defend the Iraqi people inside the parliament," al-Zaidi told us.

The main reason he lost, despite his popularity, was due to the very corruption he tried to fight, he says: "There was a huge fraud operation against me and they falsified the amount of votes I got to make me lose."

Despite this, he continues to advocate for the freedom of the Iraqi people and the oppressed around the world.

"I don't want any other country to suffer the nightmare of an invasion and I want peace," he said.

"I want peace in Syria, in Yemen, Libya and all Arab countries that are suffering from chaos. I want all refugees to have a chance to return to their homes."