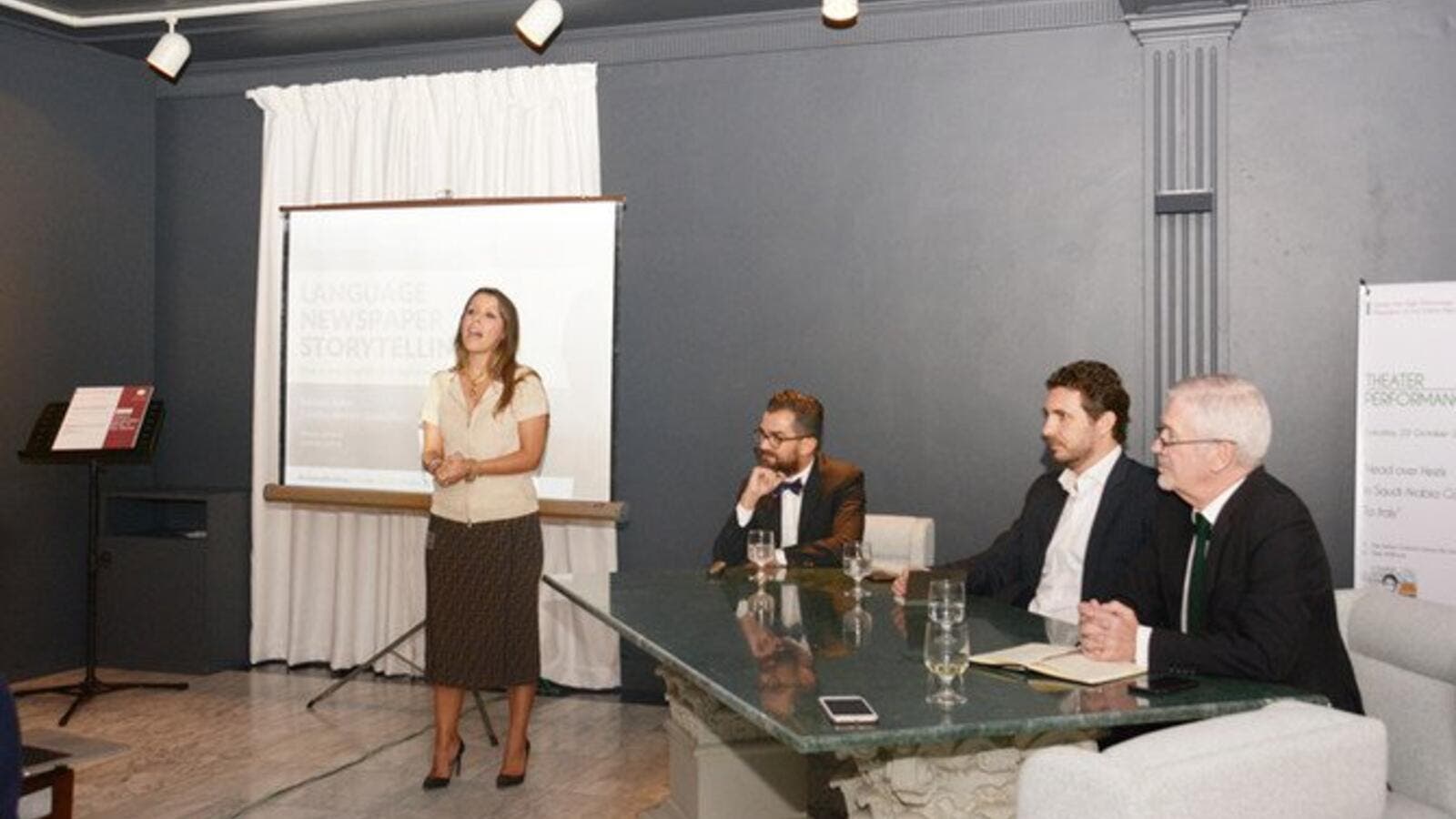 The Consulate General of Italy in Jeddah celebrated the 18th Italian Language Week by hosting conference on Wednesday titled Language, Newspapers, Storytelling: Words and Graphics in Digital World. The event, at the Italian Cultural Center, was held under the patronage of the Italian president, in partnership with Arab News.

The conference was one of a series of events in Jeddah to mark the global celebration, which takes place each year during the third week of October and is promoted by the Italian cultural and diplomatic network. About 1,000 events are being held by the Italian community worldwide.

The conference included a seminar titled Italian Language and Visual Communication, which was presented by Adriano Attus, a graphics director at leading Italian financial newspaper Sole 24 ORE. Frank Kane, a distinguished Arab News columnist with 40 years of experience in the Western and Middle Eastern press, also took part and the seminar was moderated by Prof. Leonardo Romeid, vice dean of the Jeddah College of Advertising at The University of Business and Technology.

Attus, an editorial designer for the past 25 years, spoke about how the graphics in a newspaper are “at the service of the text,” and how creative forms of data visualization, including illustrations, diagrams and graphs, can help readers better understand and interact with the text. He also described the dramatic changes in the past decade to the ways in which newspapers are presented, and how more-visual content is becoming increasingly necessary and affecting the look of newspapers.

This year’s conference is the 10th hosted by the consulate in Saudi Arabia, and a different language-related theme is chosen each year, said Elisabetta Martini, the consul general in Jeddah. Last year’s theme was cinema, as expectations grew that theaters would reopen in the Kingdom.

“This year we are also promoting Saudi theater, and we are hosting a play next week titled ‘Head Over Heals Going to Italy.’ In this way, we are bridging cultures.”

Italian Language Week was launched in 2001 by the Ministry of Foreign Affairs and International Cooperation and the Accademia della Crusca. They were subsequently joined in the initiative by Switzerland, where Italian is one of the official languages.

The Jeddah conference ended with a movie and pizza night, including a screening of the film “Finding Camille.”

“It is a recent (2017) Swiss-Italian movie,” said Charles Lardy, adviser to the political and economic sections at the embassy of Switzerland in Riyadh. “It tells the story of (a family dealing with) a severe case of Alzheimer’s. A woman’s father, who used to be a war journalist, is losing his memory and she decides to take him trip to relive parts of his life to help him regain his memory.

“The Italian language is the third language spoken in Switzerland, by 20 percent of the population, after French, which is spoken by 25 percent, and German, by 65 percent. We have a very old tradition of federalism that represents every part of our society, and we try to promote that.”