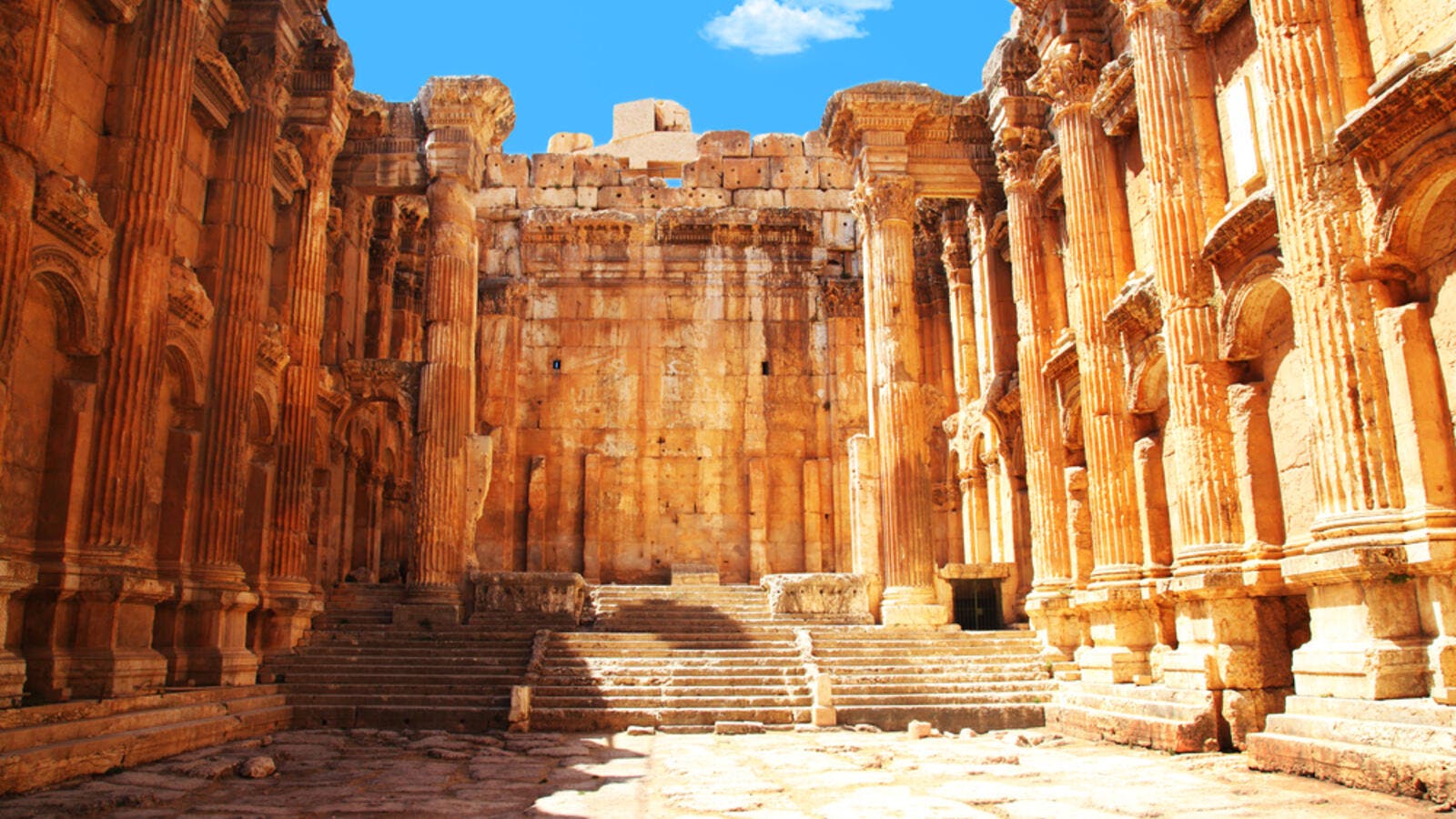 The six 30-meter-high pillars of Baalbeck’s Jupiter Temple have stood the test of time for almost two millennia.

The ensemble was once part of a complete rectangular colonnade lining the structure, part of the largest extant Roman temple complex. It’s one of Lebanon’s most-visited historical attractions and preserving its splendor needs a little help.

Visitors to the site over the last year will have noticed the columns are eclipsed by scaffolding.

There, a team of experts from the Italian Agency for Development Cooperation are making painstaking efforts to clean, restore and consolidate the temple.

“Italy shares with Lebanon a common Mediterranean heritage, and we are proud of being involved in the restoration of the World Heritage Site in Baalbeck,” Italian Ambassador Massimo Marotti told The Daily Star. The IADC has thrown its own expertise and technology and that of Lebanese experts into the Jupiter Temple’s conservation.

Implemented by the Council for Development and Reconstruction, the work is part of a Cultural Heritage and Urban Development program, which since 1983 has sought to rehabilitate and protect historical sites in Tyre, Tripoli, Baalbeck, Byblos and Sidon. Their first phase in Baalbeck, 2003-2016, focused on the restoration of the temples of Bacchus and Venus.

For this second phase, Italy has financed CHUD with a soft loan of 10.2 million euros ($11.6 million) and a grant of 2.2 million euros, to be used for preservation projects in all five cities.

“Cultural heritage is certainly one of the most important fields of work for the Italian Cooperation and definitely a success story of the partnership between Italy and Lebanon,” Marotti said. “The urban development side of the program concerns the restoration of [historic city centers and infrastructure] ... and there’s the archeological side which includes conservation and management and the capacity-building side for institutions, in partnership with Lebanon’s Directorate General of Antiquities and the municipalities.”

For Jupiter Temple, this means non-invasive restoration techniques and the use of two laser cleaning machines imported from Italy to remove grime and previous restoration efforts that did more harm than good. After a careful analysis of the decorative surface, the architects, archaeologists, engineers and conservators involved defined a method for consolidating and restoring the monument, in agreement with UNESCO and the DGA.

“We are solving problems that were mainly made by metallic elements used during restoration done in the ‘30s, which are causing corrosion and damaging the stone,” CHUD senior program officer Marisa Calia informed The Daily Star. “We’re finalizing a base so the experts are leaving all elements related to the lintel, because the [earlier] restoration also utilized concrete beams. The technical movements of concrete are heavy and not the same [as the original stone] and are creating visible cracks.

“All the cleaning work has been done by Italian experts trained by Rome’s High Institute for Conservation and Restoration and working in a careful way with small tools and brushes to avoid removing the original patina and color of the monument,” she added. “Some of the beams and bars that have been used need to be changed so we’re drilling out these elements or cleaning the ones that need to restored, again avoiding [further] cracks to the monument.”

Other parts of the program involve training local conservators in the latest techniques and technologies. “Alongside restoring the colonnade of Jupiter Temple,” Marotti said, “we’re also constructing a visitor’s center, a new entrance and pathways with information panels and a lapidarium [an exhibition space for monument fragments] in the cryptoporticus [semi-subterranean corridor].”

The program is also interested in making the temple more accessible to visitors. “We believe that by improving the accessibility and knowledge of the site among the people, we not only empower them and give them more ownership to their own cultural heritage,” he added, “but also help with local development of the local community living around the site for their benefit and that of future generations.”

Work on Jupiter Temple will halt over the winter to avoid damaging stone turned brittle by cold but the project is set to reach completion within the next year. In the meantime, CHUD is also running projects at other sites around Lebanon.

The rehabilitation of the Baalbeck Serail is underway, with the aim of making it the municipality building. In Tripoli the archaeological portion of the Ottoman-era Esendemir Mill is also being restored.

In Tyre, CHUD will target UNESCO World Heritage Sites in Al-Mina and Al-Bass, which both host the remains of Roman and Byzantine cities.

“[We’re] resorting the most critical parts of the site that need intervention and creating pathways and circuits for visitors,” Calia said.

“There will also hopefully be the [site’s] first museum, which will be important for Lebanon and the sites themselves,” she added.

“The last intervention is ... the Saida Land Castle, a crusader castle built on top of an Islamic Caliphate era fortress,” she said.

“We’re also restoring Khan al-Eshli, [an 18th century caravanserai,] near the [Sidon] souks. These buildings were abandoned without any maintenance and will now be restored and consolidated to become an incubator for handicrafts, an exhibition space and shops, to improve local development and to attract young people.”