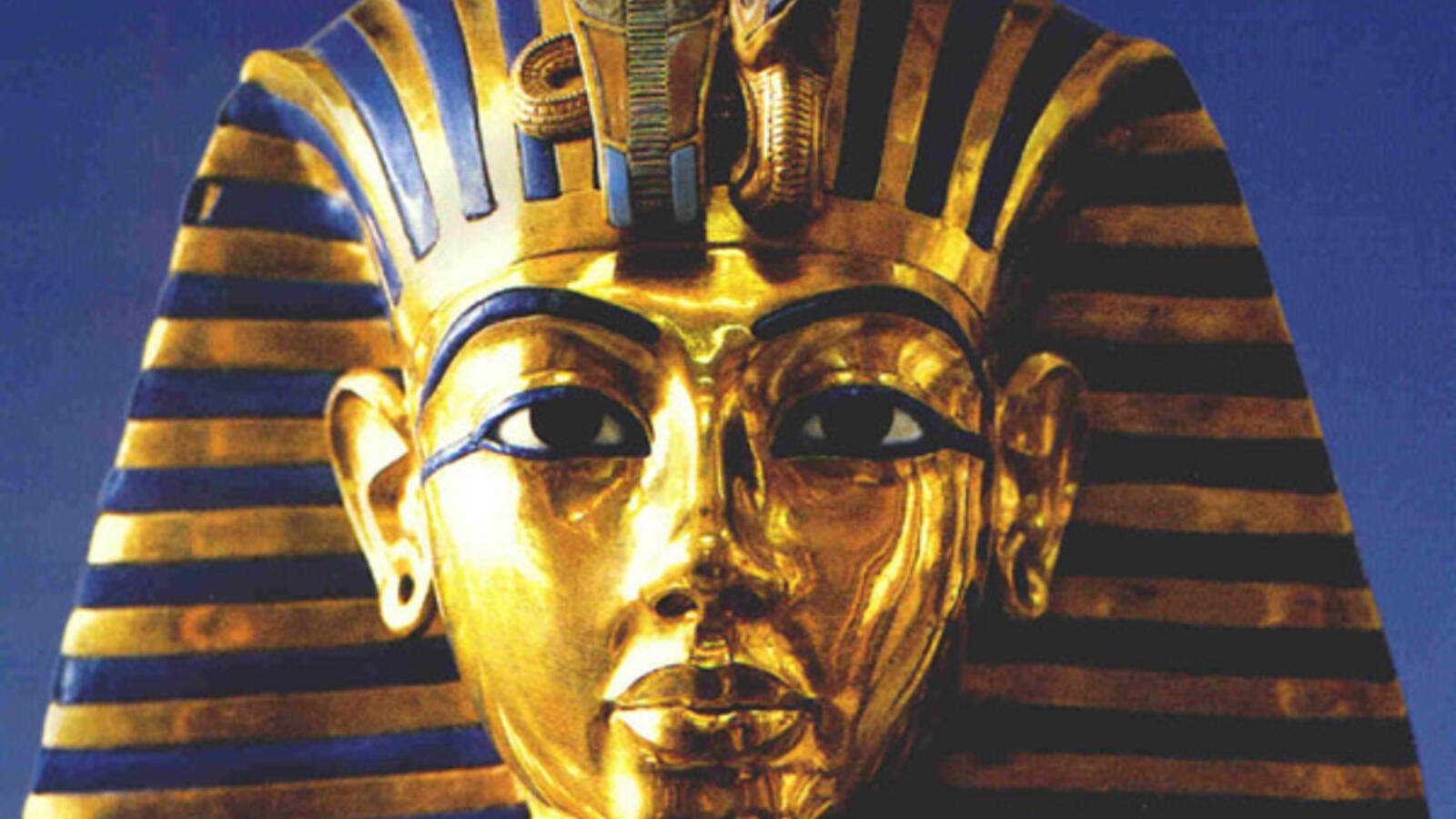 Startling new evidence into the life and death of Tutankhamun has revealed that his parents were siblings - and that he WASN'T assassinated. (Photo courtesy of funkidslive.com)
Former Egyptian Antiquities Minister Zahi Hawass has revealed new secrets about the young Pharaoh Tutankhamun (1354-1345 BC), including that he suffered from a disability in his foot, because his parents were brother and sister.
Hawas told the London-based newspaper Al-Sharq Al-Awsat, on the sidelines of the signing ceremony of his new book on Tutankhamun in London on Saturday, that “everything that has been said about the assassination of the young pharaoh is not true and is not based on scientific grounds.”
After over than 33 centuries since his death, the golden pharaoh still raises controversy among Egyptologists around the world over the causes of his death and many details of his life, in addition to other debates about the ways that were followed to preserve the mummy, which sits inside his famous tomb, west of Luxor.
“The search to uncover the real causes of the death took about three years,” he added. In the presence of 17 other scientists, Hawass said they were able to prove that the wound in Tut body was not the cause of his death.
“British explorer Howard Carter, the discoverer of the tomb of Tutankhamun in 1922, wanted to take away the mummy out of the golden mask of Tutankhamun, so he used a knife and put it on the flame causing a straight cut in the mummy,” he explained. “The cut is a result from the knife...not from falling from a chariot.”