'No Trick-or-Treat at This House', Georgia Sheriff Marks Sex Offenders for Halloween 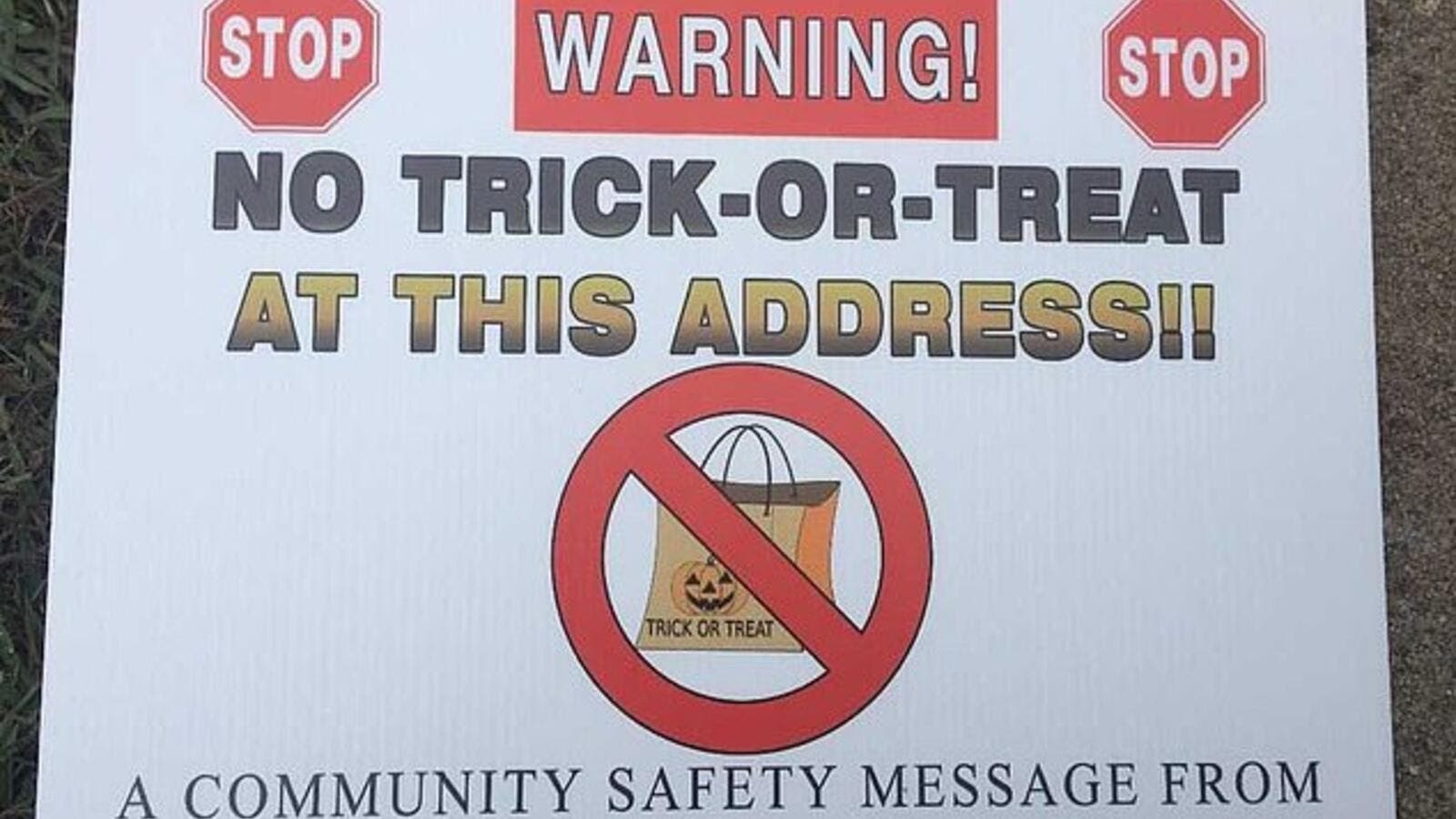 A sheriff's office in Georgia has put signs in the yards of sex offenders urging children not to trick or treat at those houses.

Butts County Sheriff's Office announced the move in a Facebook post on Saturday, which noted that the signs were placed in accordance with Georgia law.

Georgia law says that sheriffs are responsible for informing the public about the presence of sex offenders.

A sign saying 'Warning! No trick-or-treat at this address!!' was placed in the yard of each of the county's 54 registered sex offenders, Sheriff Gary Long told CBS News.

They also show a graphic of stop signs and a Halloween bag with a caution sign over it.

Long said he and his deputies placed the signs on the edges of offenders' yards on Saturday and they would be removed on Thursday morning.

Previously, they would visit offenders and complete mandatory compliance check – which includes not having Halloween decorations on their property – a few weeks before Halloween.

Back then, a sign would be placed on their doors to warn children away.

But this year, Long wanted to increase visibility because he is especially concerned for the safety of the children in the community after a popular annual Halloween event was canceled.

In previous years, local businesses, police and the fire department would hand out candy to kids at the Halloween event in the town's square.

Without it, he expects more children trick-or-treating on the streets on Wednesday night.

'There are some sex offenders that are not happy,' Long said, according to USA Today.