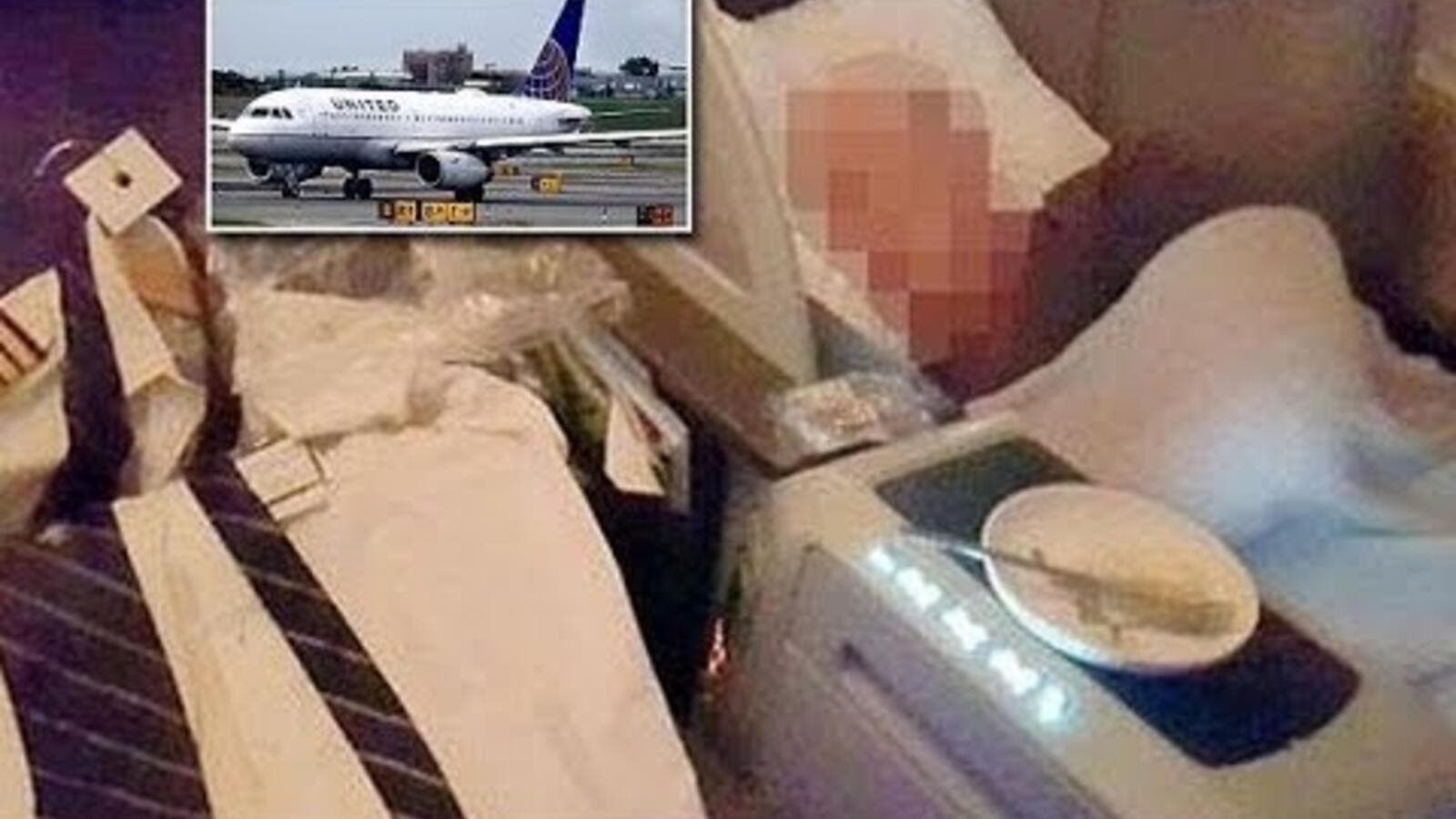 Passengers on a United Airlines fight were stunned when they saw the plane captain change out of his uniform and take a nap an hour into their flight.

The captain was piloting a seven-hour flight from Newark, New Jersey to Glasgow, Scotland when he decided to have a snooze.

One passenger snapped a photo of the pilot sleeping in first-class, his uniform laid out right next to him.

A retired police inspector took the photo of the captain, who he said went into the bathroom to change into a T-shirt before going to bed.

'When he woke up, he changed back into his uniform and radioed for access back to the cockpit,' the man told the Daily Record.

The former inspector said he decided to take a photo because he was concerned the pilot put himself in a precarious position.

'Police officers get a hard time when they are photographed sleeping in a patrol car,' he said.

'I don't think the captain of a flight packed with hundreds of people should be in such a vulnerable position.'

The man said the pilot slept for an hour-and-a-half and then the first officer took a nap.

'Surely if pilots are in need of a rest mid-flight, they should do it away from the passengers,' he said.

'I've traveled to the US many times and have never witnessed this.'

Flight UA161, which had a three-man cockpit crew, took off at 7.40pm on August 22 and arrived in Scotland at 7.30am the following day.

United Airlines said that pilots are required to take a rest break on transatlantic flights.

'The safety of our customers and employees is of prime importance at United Airlines,' the statement read.

'On transatlantic flights, pilots are required to take a rest break. This aircraft is operated by a cockpit crew of three and this pilot was on his rest period.'

But a cabin crew member of a major airline found the photo to be strange.

'This is not a procedure I recognize,' they told the site. 'It seems highly unusual for a captain to remove his uniform during a flight.'

'It also seems strange that a pilot should have what's known as a flat rest on a flight that is under 11 hours.

The crew member said pilots sometimes take a 'spare seat in business class', but usually have their rest within the cockpit.

'It's understandable that some passengers would be concerned,' they added.