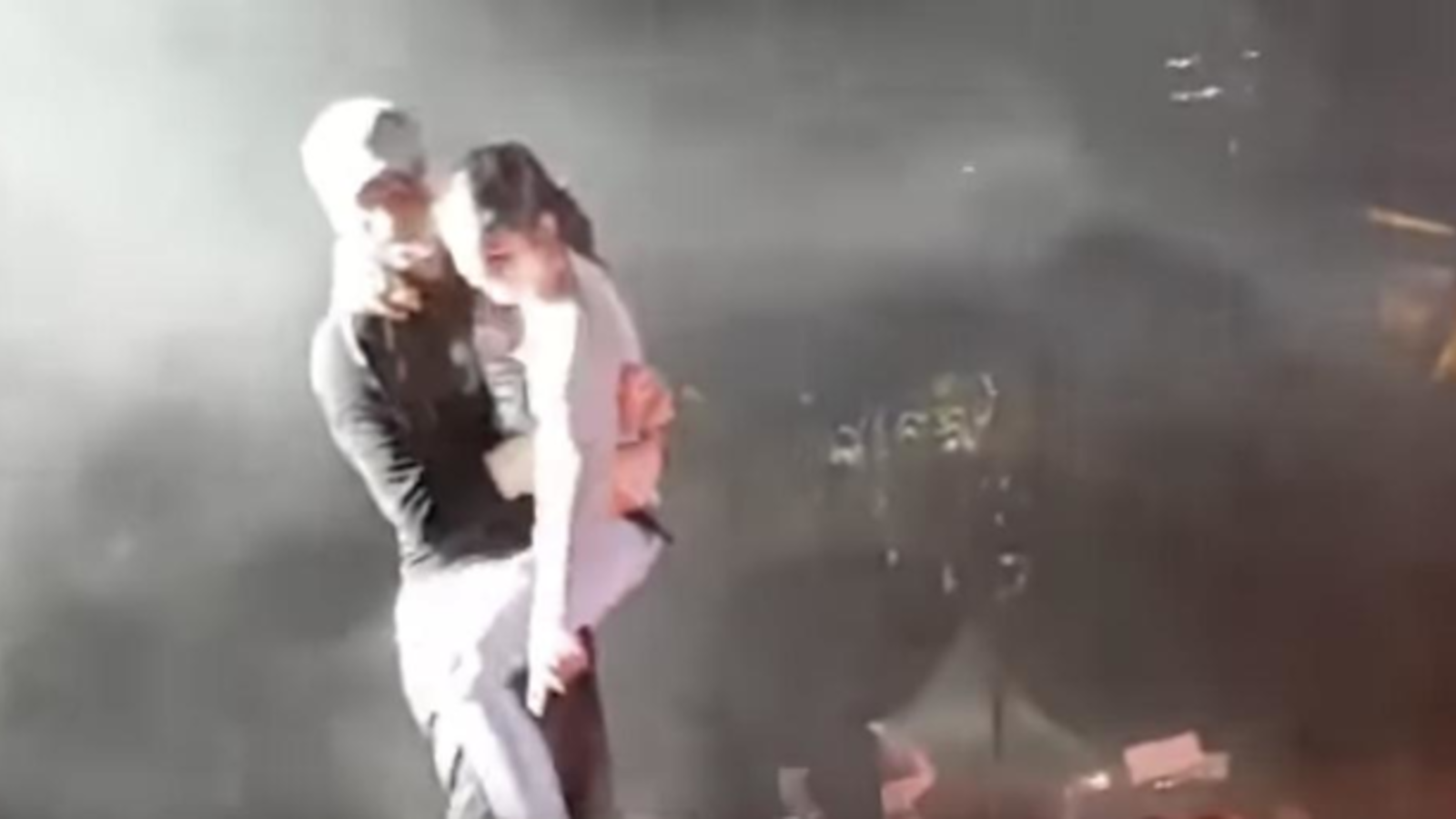 A video on social media alleging that a young girl jumped on stage and leapt into the arms of Spanish singer, Enrique Iglesias. (Screenshot)

A video on social media alleging that a young girl jumped on stage and leapt into the arms of Spanish singer, Enrique Iglesias, during his concert in Saudi Arabia on Thursday has gone viral.

Pro-Qatari Twitter users were sharing the video widely over the weekend.

However, the video is actually a clip from the renowned artist’s concert in Baku, Azerberijan in June 2016 when he performed at the city’s Formula One grand prix, and not from his performance in the Saudi capital, Riyadh. Users suggested that neither the girl, nor the security personnel attempting to remove her, were of Saudi origin.

Iglesias performed on day one of the Ad Diriyah concert festival, ahead of the inaugural Formula E race in Saudi Arabia this weekend.

The race itself, which was held on Saturday and won by BMW’s Antonio Felix da Costa, marked the beginning of the fifth season of the ABB FIA Formula E Championship.