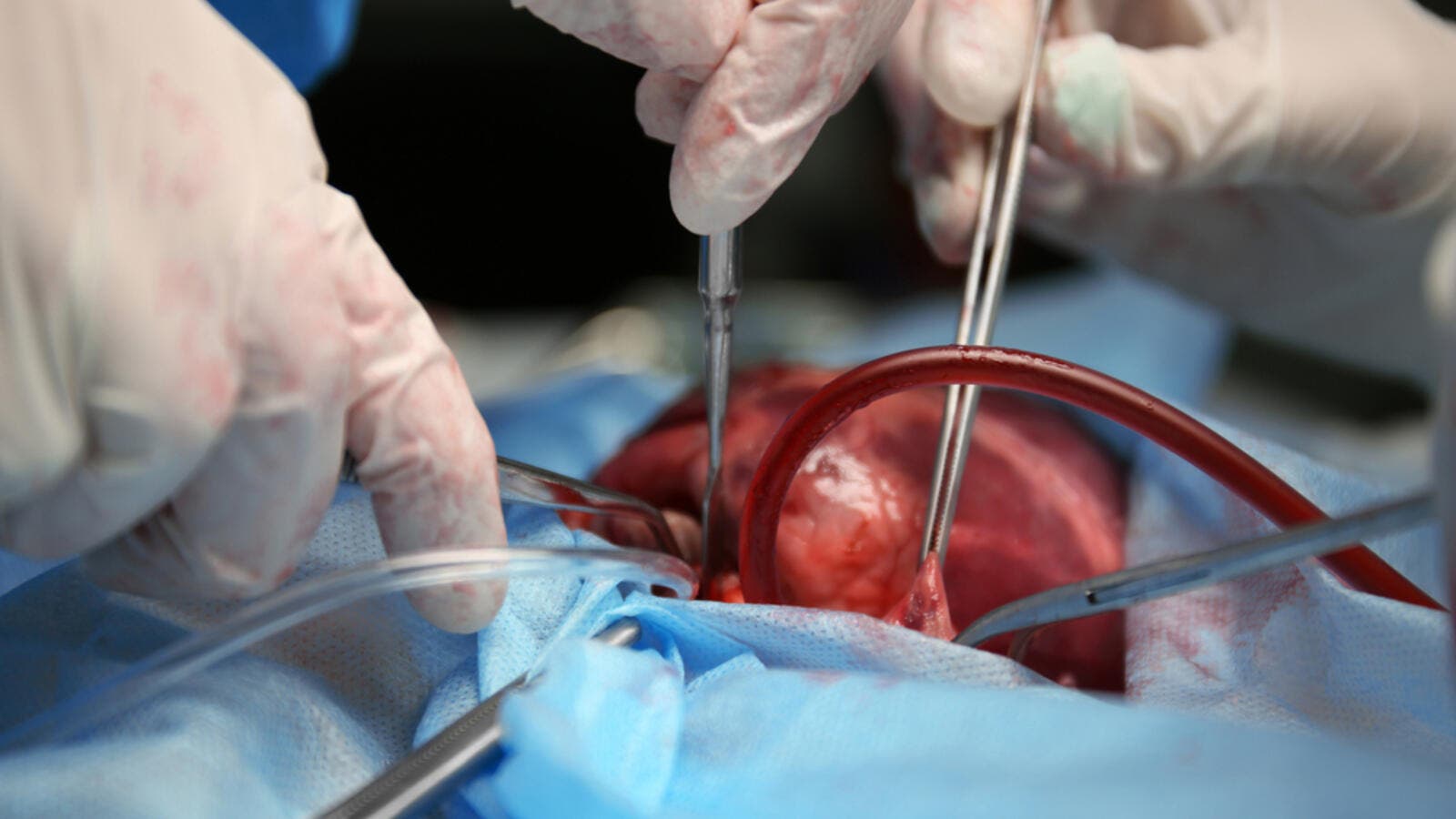 Pig hearts may soon be transplanted into terminally ill people to cure their life-threatening conditions.

The science fiction idea is now one step closer to reality since a landmark study proved it was possible to keep an animal alive with a heart from another species.

German researchers stunned the medical and scientific world by giving a baboon a pig's heart and keeping the animal alive for 195 days.

Scientists have praised the research and called it a 'landmark' breakthrough.

It has long been heralded as a potential avenue to cure people suffering with life-limiting and life-threatening cardiac conditions.

Waiting lists for transplants from dead, or allogenic, donors is growing as life expectancy increases around the world.

Many chronic conditions result in death if a transplant is not successful.

'Heart failure in the United States is expected to reach more than eight million by 2030, and many of these people will die while waiting for a donor organ,' Dr Christoph Knosalla of the German Heart Centre Berlin in Berlin writes in a news and views article published alongside the research paper in the journal Nature.

Genetically-modified pig hearts has been proposed as a potential solution to this deficit, with tests having been undertaken in baboons, a close relative of humans.

The pigs were genetically modified to have a suppressed immune response for interspecies reactions, making their organs suitable for cross-species transplantation.

Previous attempts at this research has only succeeded in keeping the baboons alive for up to 57 days but by modifying the technique the team of scientists from Ludwig-Maximillion University in Munich were able to extend the animal's lifespan y six months.

The authors of the 'landmark' study refined the procedure with three successive groups of primates - with 16 baboons involved in the study in total.

They achieved successful long-term transplantation in the final group by keeping the hearts oxygenated during the transplant process.

They did this by keeping blood circulating throughout the organ which prevented the transplanted organs from detrimentally enlarging by lowering the baboons' blood pressure and using compounds known to control cell growth.

Four of the five baboons in the final group remained healthy for at least 90 days (when the experiment was terminated), including one that was in good health after 195 days.

Professor Christopher McGregor, Professor of Cardiac Surgery, Institute of Cardiovascular Science, UCL, was involved in previous studies which had set the benchmark of 57 days.

He said: 'The publication by Professor Bruno Reichart's group in Munich is a significant landmark in progress towards transplantation into humans of pig hearts, for the treatment of end stage heart disease.

'In the USA and Europe, the need for heart donors is great and exceeds the supply from human sources by at least ten fold.

'The Munich groups' paper brings this transformational treatment closer to active consideration from what was previously only a reasonable possibility.

'Their achievements are longer (up to 195 days) and more consistent (4 out of 5) survival of non-human primates than the less predictable and previous best of 57 days by our group.

'These recipients were totally dependent on the transplanted pig heart. These advances come from improved donor pig heart preservation and better immunosuppressive medicines to prevent rejection after such a xenotransplant.'