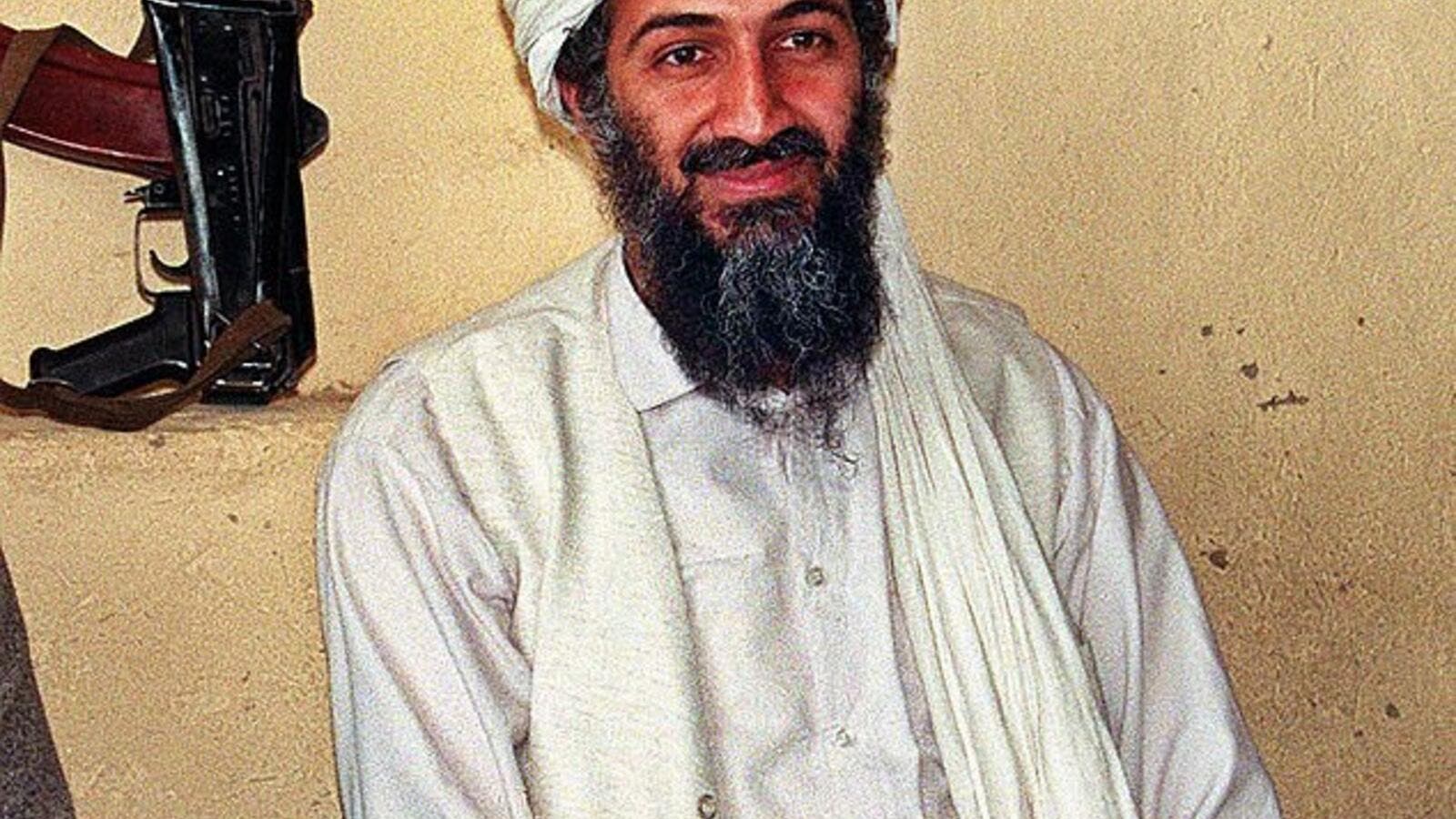 A cross-check of the massive fraud with secret intelligence files showed some of the money was diverted to Osama Bin Laden. (AFP/ File)

A network of fraudsters stole billions of pounds from taxpayers in a 20-year crime spree on an industrial scale, funnelling tens of millions to terrorists including Osama Bin Laden, according to police and intelligence files.

An investigation by The Sunday Times has revealed how a sprawling gang of British Asians infiltrated government departments, associated with Abu Hamza and one of the 7/7 bombers, bought Ferraris with personalised plates and cosied up to politicians including Tony Blair - all while keeping their operations so secretive investigators had to resort to tying a camera to a dog to glean intelligence from inside one of their factories.

The files show four HMRC investigators pleaded with bosses to prosecute the crimelords but were rebuffed - and one claims he was prevented from sharing HMRC data with MI5 because the Revenue wanted to maintain the confidentiality of the terror suspects' tax records. ($10,418bn)

HMRC told MailOnline it 'can, has always, and does' pass information on to intelligence agencies 'within minutes if necessary' and that confidentiality 'doesn't come into it'.

An estimated £8bn($10,418bn) was stolen from the taxpayer through scams including benefit fraud and a massive VAT swindle. The sum, equivalent to the GDP of Kyrgystan or Kosovo, is three times as much as the Government spends on MI5, MI6 and GCHQ each year.

The gang is alleged to have sent one per cent of the money - £80 million - to al-Qaeda in Pakistan and Afghanistan, where it was spent on madrasas and terrorist training camps. MI5 sources say prior to his death in 2011 some of the money had reached Osama Bin Laden's compound in Abbottabad, Pakistan.

The true scale of the gang's profits, augmented by mortgage fraud, credit card fraud, and investments of the stolen cash, is unknown.

Some members of the syndicate have received and in some cases even finished jail terms - of a combined 100 years for frauds worth £100m - since the crimes first came to light in 1995, but the public has been prevented from hearing about the case or the identities of the wrongdoers by court orders.

The Crown Prosecution Service insists reporting might prejudice potential trials of the gang's ringleaders - despite the fact the kingpins fled the country years ago and are believed to be in hiding in the Middle East.

Last night Meg Hillier, chairwoman of the public accounts committee, told the Sunday Times said she would consider launching a parliamentary inquiry and would question Sir Mark Sedwill, the cabinet secretary and national security adviser to the prime minister, tomorrow.

Authorities first became aware of the schemes in 1995 when an English rural force heard from an extremely frightened' source that gang members were perpetrating mortgage fraud with 'carrier bags full of cash' using false identities, with the help of corrupt bankers.

A four-year investigation by the Inland Revenue pooled intelligence from tax, customs, police, immigration and trading standards and put suspects under surveillance.

It concluded that the gang was using a network of factories and companies and exploiting their workers for identity and benefit frauds, the sale of counterfeit goods, car crash scams and mortgage and credit card frauds.

An undercover HMRC officer reported that hook-handed cleric Abu Hamza recruited young Muslims to work for the crime syndicate in the late 1990s, years before he became infamous as an al-Qaeda recruiter.

A source said the factories which employed those workers Hamza recruited had extra staff who 'were ghosts claiming benefits and having car crashes'.

The source added: 'A factory of 180 workers only had 120 physical workers. The rest were identity frauds with all proceeds going back to the owners of the companies. This generated around £20,000 a week in benefit claims alone.'

But the gang proved extremely difficult to penetrate, the report says. Undercover agents eventually resorted to attaching a camera to a dog and encouraging it to run around inside one of the network's factories just to find out how many people actually worked there.

The gang's biggest money-maker was so-called 'carousel fraud', a complex and industrial-scale swindle in which four companies, two in the UK and two in the EU, 'sell' goods to each other with some of the firms 'reclaiming' VAT from the British government, while others never pay the VAT bill they rack up (see box).

Investigators concluded the gang had gained more than £1 billion from illegitimate VAT rebates in a single postcode area.

A major break in the case came in the months after 9/11 when, on abandoned laptops found by the CIA in mountains on the Afghan/Pakistan border, intelligence officers discovered al-Qaeda's money was coming in part from an accountant in an English town.

He was a major player in the network, which afforded its ringleaders UK properties and supercars with personalised plates, all at the taxpayer's expense.

For years HMRC and other agencies did little to disrupt the network, taking almost no formal enforcement action. The files show that at least four rank-and-file HMRC intelligence officers implored their bosses to launch prosecutions. Their requests were rejected 'due to their complicated nature and a lack of resources'.

When the 9/11 attacks occurred in 2001, one official warned HMRC chiefs that he had 'basic information' that would be of great interest to MI5.

Internal files seen by The Sunday Times show the officer said he was 'ready to meet someone from the intelligence services' with the 'mountains of information available to us' that had 'taken on a whole new significance' after the attacks on New York and the Pentagon.

'Officers and, increasingly, their direct management have become frustrated at the lack of action,' wrote the officer. His request was refused because HMRC was worried about preserving the taxpayer confidentiality of the terror suspects.

An HMRC spokesman told MailOnline today: 'HMRC can, has always, and does pass information (within minutes if necessary) to other law enforcement agencies and the intelligence services when dealing with serious crime or terrorism – taxpayer confidentiality doesn't come into it.

'HMRC takes its critical role in the fight against serious organised crime and terrorism very seriously. We work side-by-side with the intelligence services, law enforcement partners, and across Government, to break up criminal gangs and disrupt terror funding.

'In 2017-18 alone, we collected and protected more than £3.3 billion through our work fighting organised crime, and have brought more than 880 organised criminals to justice since 2010.'

Thousands were given by the gang to the then-ruling Labour Party. An internal HMRC report said: 'There are numerous [gang] members involved in think tanks and business forums which bring them into contact with senior British politicians.

'I myself have seen one member shoulder to shoulder with Tony Blair on at least two occasions following the war in Iraq.'

The files also show that the gang enjoyed links with a top politician in Pakistan. There is no suggestion that Blair was aware of the alleged crimes.

HMRC intelligence officers also identified the gang's links to Shehzad Tanweer, a terrorist involved in the 7/7 London bombings in 2005 which killed 52 people, at least two years before the attack.

Associates of Tanweer, who detonated a bomb while travelling eastbound on the Circle Line between Liverpool Street and Aldgate, killing himself and seven others., were suspected of 'multi-identity fraud, phoenix trading, tax evasion, tax credit fraud and money laundering', according to the files.

Many suspects identified by the 1990s investigation were prosecuted, with second-tier members of the gang charged with carousel fraud and money laundering.

In the course of cross-checking HMRC files with secret MI5 intelligence, the CPS found the 'jaw-dropping' link, a source told the paper; that 'MI5 had information that the ultimate destination for some of the money was Osama bin Laden's compound in Abbottabad.'

However, senior HMRC officials declined to use the intelligence to mount prosecutions and take the gang out of operation until after the bombings.