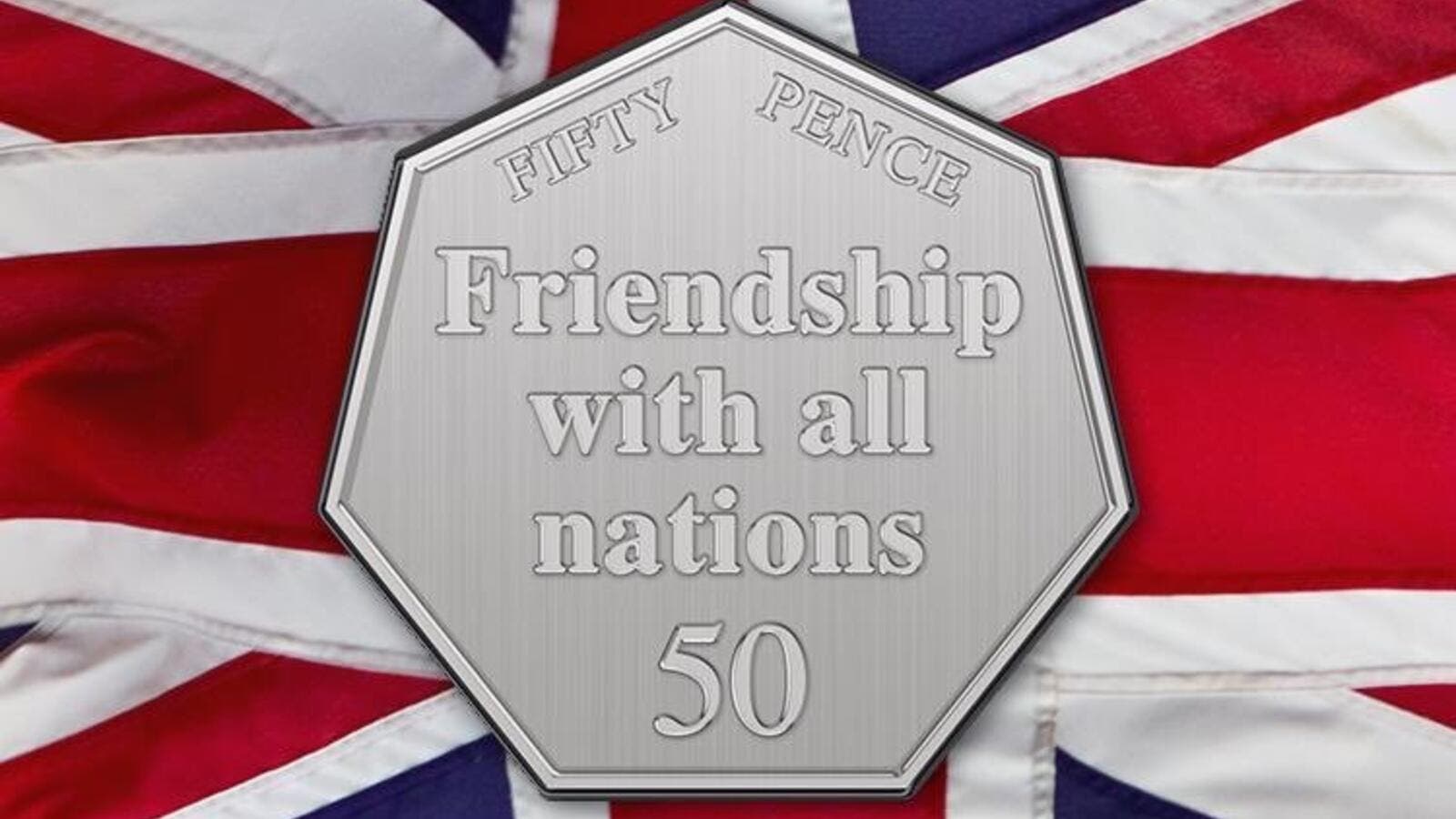 Philip Hammond is set to unveil a commemorative Brexit coin to mark Britain's departure from the EU.

The Chancellor will reportedly announce details of the seven-sided 50p piece in the Budget today.

The coin will be available from March 29, 2019 at 11pm - the day the UK leaves the EU - and is expected to carry the words 'Friendship With All Nations'.

The coin has to be personally signed off by the Queen, as it will bear her head, and is reportedly a bid to win over pro-Brexit MPs who have accused the Chancellor of being pessimistic over Brexit.

In 2016, the Royal Mint produced one-off coins featuring the much-loved Beatrix Potter character Peter Rabbit which sold on eBay for more than £20.

They were released to commemorate 150 years since the popular children's author was born and released into circulation over Easter.

In 2012 a collection of 50p coins was released to coincide with the Olympic games in London.