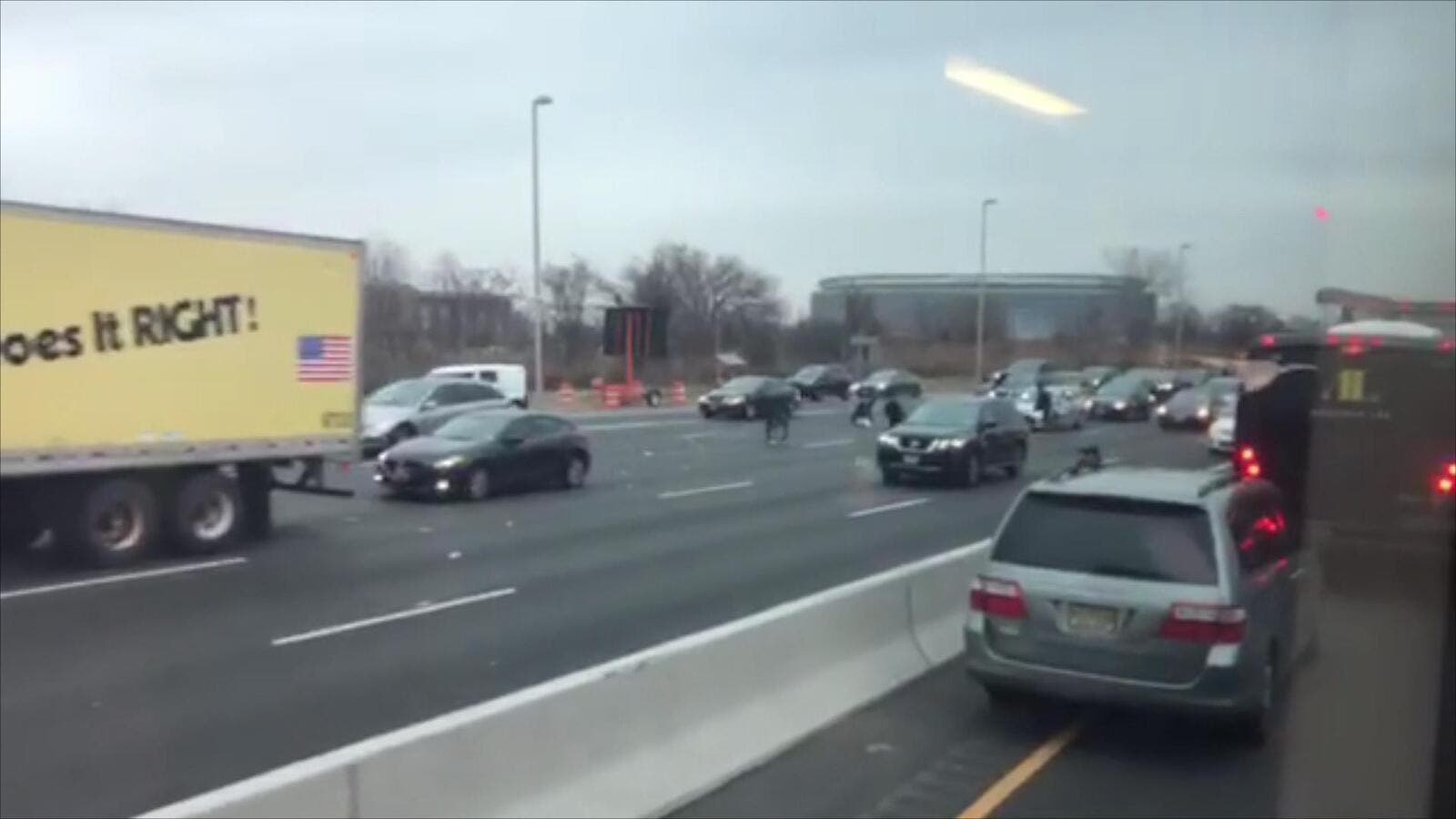 Police said at least two crashes resulted when an armored truck sent $100 bills flying on a stretch of busy highway.

Video from the scene Thursday on Route 3 West, near Route 17 in East Rutherford, N.J., shows people getting out of their vehicles on the highway to pick up the cash that flew out of the back of a Brink's armored truck about 8:30 a.m.

East Rutherford Police confirmed there were at least two collisions during the ensuing chaos, but no injuries were reported.

Police said an audit was being conducted to determine how much money was lost when the truck's rear doors came open.

Investigators are asking anyone with video from the scene to come forward. People who picked up cash from the scene are being urged to return the money.

"It's theft of mislaid property," East Rutherford police Detective Lieutenant Mike Gianscaspro told WABC-TV. "So we're not looking to charge anybody, we're just looking to get the money back to Brinks."