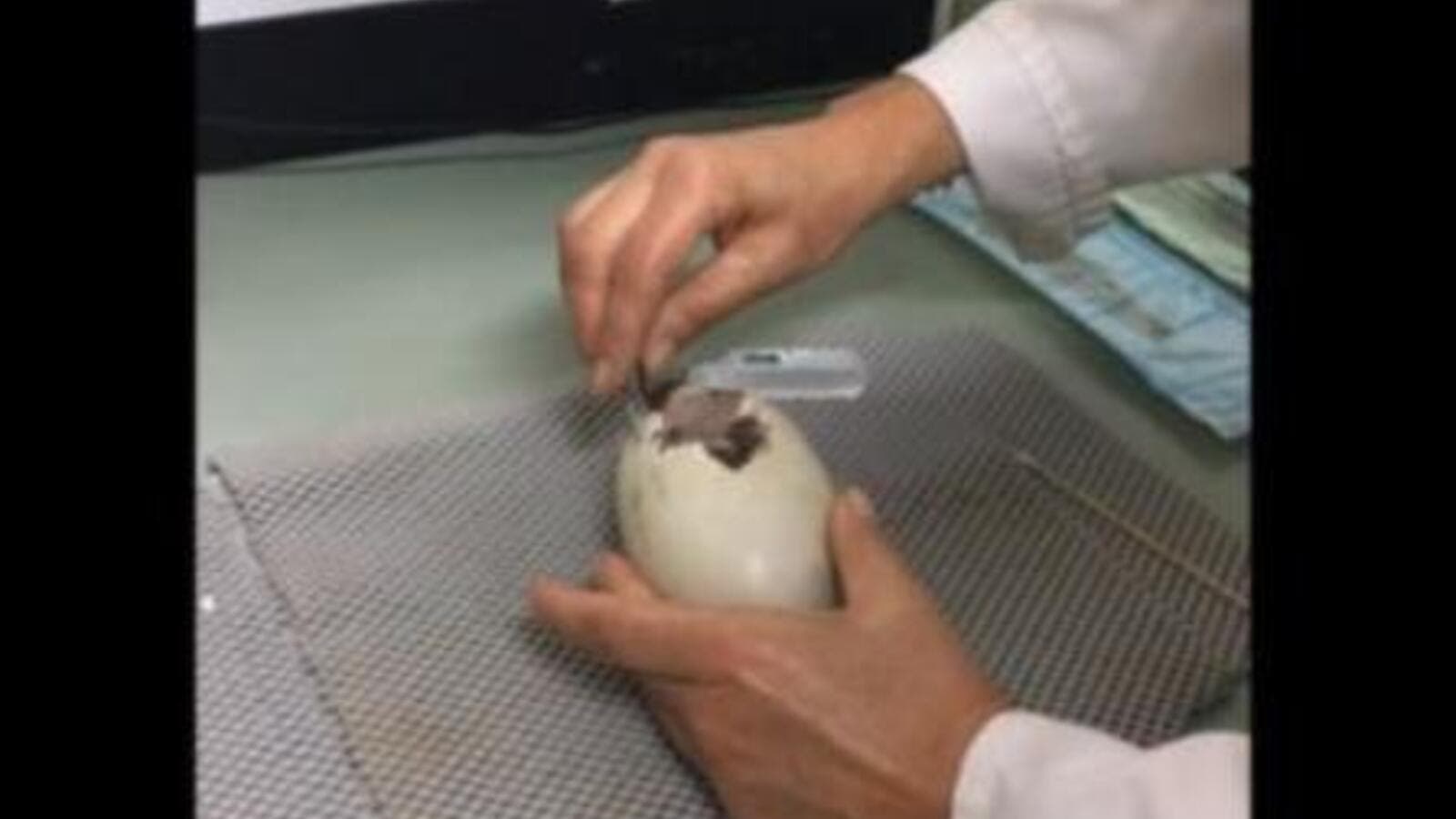 Veterinarians at a New Zealand zoo shared video of the emergency "caesarean" they performed on a kiwi chick that couldn't get out of its egg.

The Auckland Zoo vets said they determined the chick was moving less than it should inside the egg and X-ray photos revealed it was positioned the wrong way and couldn't hatch on its own.

They said the kiwi's leg was positioned over its head, preventing it from pushing its way out of the shell.

The video shows bird keeper Debra Searchfield using surgical tweezers to perform a "caesarean" on the egg and help the baby bird emerge from the shell.